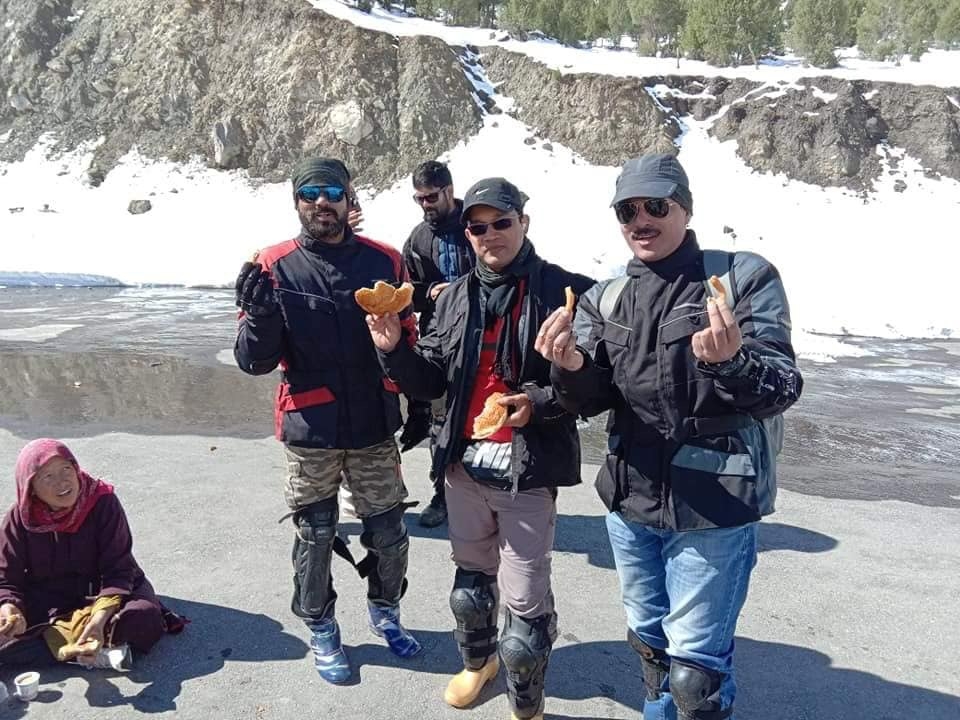 Kullu: On Thursday, the Indian Air Force and Border Security Forces reportedly moved over 800 people including tourists from tribal district Lahaul-Spiti. More people would be evacuated from the spots where they were stranded after a snowfall and rains.

Untimely snowfall in the tribal district has disrupted the normal life, which left many tourists and local People stranded at different places in the district.

Efforts were afoot to evacuate them. Four helicopters of the IAF are carrying out the evacuation of tourists and other people from snow-affected areas.

Along with the rescue teams, the villagers are also gathering an appreciation for joining in the relief efforts. Local women under Tod Mahila Mandal and Yuva Mandal had decided to provide free food, beverages, bedding etc. to stranded people until they are not moved to safer locations. 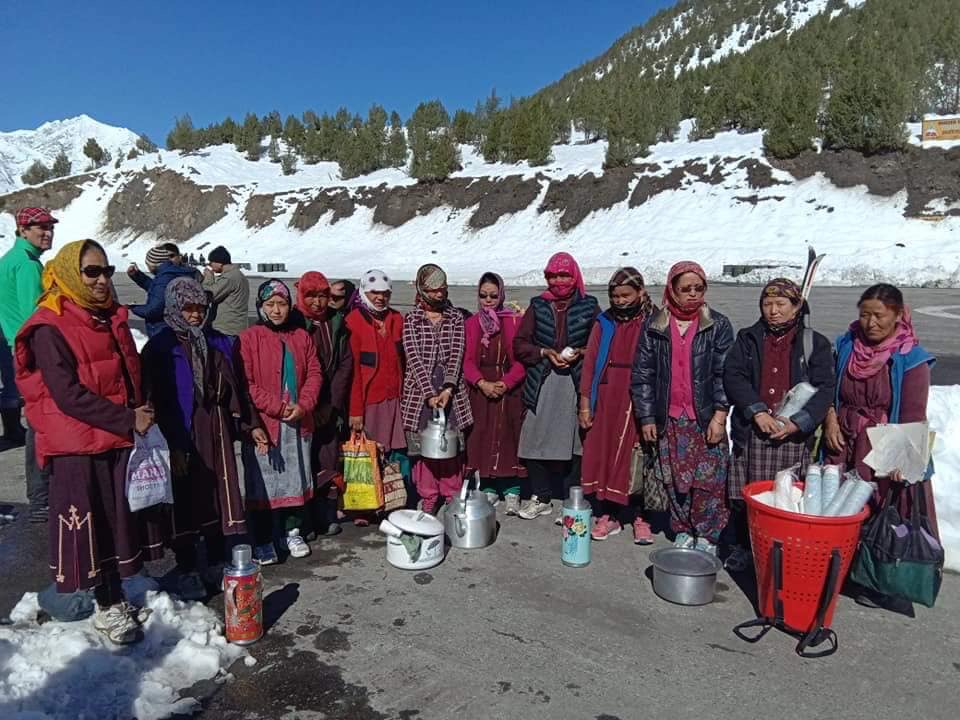 Locals of Lahaul-Spiti faced a complete loss of their crops due to untimely snowfall and rains, however, they still considered helping the stranded people as thier priority. The untimely snowfall has destroyed apple orchards, tomoato, cabbage and cauliflower crops.

The locals had also urged the local dhaba owners and hoteliers in Keylong, Sissu, Udaipur, and Koskar to join the relief efforts.

Khangsar, Gondhla Shooling, Sissu, Koksar along with some other villagers were said to be worst hit in terms of crop destruction. As per the villagers, potato and cauliflower crops were riped and ready to be harvested. The villagers are now looking towards the government for some relief.

Moreover, there was no news of overcharges or extortion from stranded tourists by hoteliers or dhabas.

On Friday, about 26 people including some bikers were evacuated from Chhattru and Chhota Dara. Some labourers were also evacuated from Killing Sarai near Sarchu through helicopters.

Kullu: 5 women labourers have been rescued from Killing Sarai near Sarchu by helicopter. A woman labourer says, “We were stranded in the mountains due to snowfall in the area since September 22.” #HimachalPradesh pic.twitter.com/0Y7h4GcufM

Further, the Government informed that in order to know the whereabouts of the tourists and local people trapped near the Chandratal Lake and to provide food items to them ADM Kaza Vikram Singh Negi, along with his rescue team of 10-12 people reached Chandratal Lake after 16 hours walking on Thursday.

#HimachalPradesh: 6 bikers along with 20 tourists rescued in first sortie early morning today by Indian Air Force. They were stranded due to heavy snowfall at several locations near Chhattru & Chhota Dara. pic.twitter.com/HKK4vtT3WC

Nine people stranded in Baralacha and Sarchu including one woman were brought to Kullu by helicopter. A helicopter sortie took place yesterday to airlift snow bound stranded people from Stingiri to Kullu. Further, about 200-300 people stranded in the Saruchu and Darcha of the district were also airlifted through helicopter.

#Himachal Pradesh: 24 tourists who were stranded at Chhota Dara (between Rohtang pass and Chandratal lake) have been rescued and brought to Kullu pic.twitter.com/nXOl58kRY7

Three buses of HRTC and a private bus were put in service to transport stranded people from north portal of Sissu Tunnel to Manali Bus Stand. Persons who want to go to Lahaul from Kullu -Manali can avail the facility of these buses from Manali bus stand.

Eleven heavy types of machinery including JCBs were engaged in the district to clear the roads. The BRO has been asked to open the road from Grampho side and they are working on it.

The State Government hopes that the situation in the district would restore to normal in the next few days.