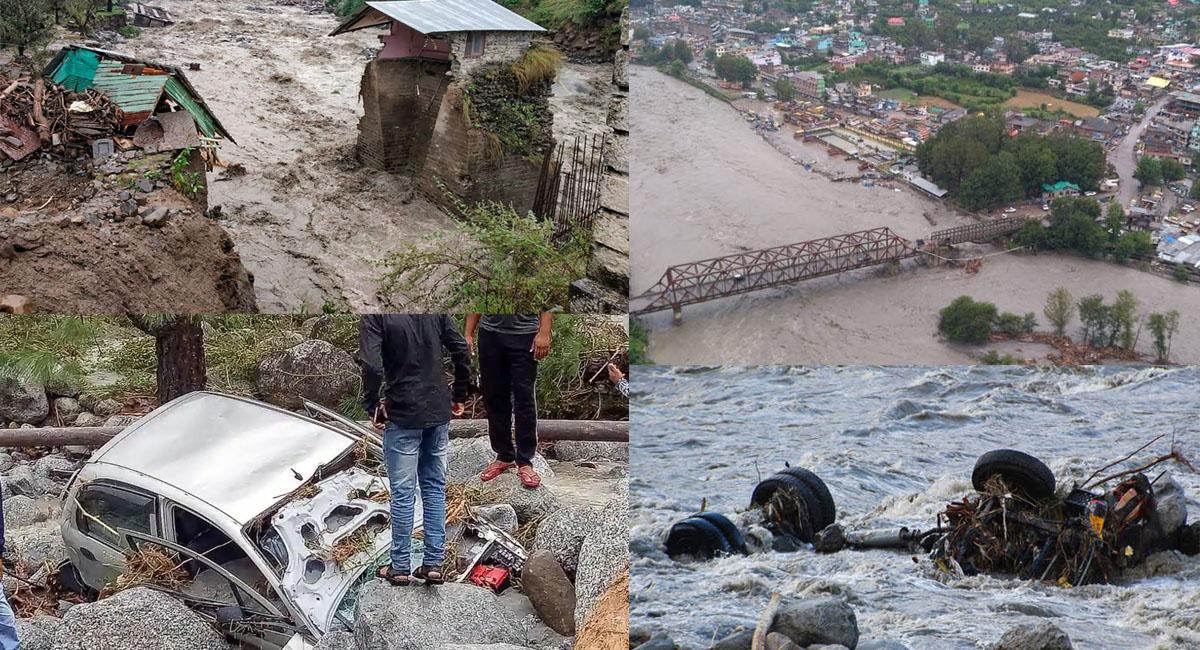 Shimla: On Tuesday and Wednesday, the water level begun to recede in Beas River in Kullu district and aftermaths of the incessant rains are now becoming visible as wreckages of vehicles and structures swept away during two days can be seen.

The rescue operations are likely to continue for next few days as over 1500 people including tourists are said to be still stranded in Lahaul-Spiti, which was disconnected from rest of the word due to snowfall and rains. There are reports saying that some teams of trekker and tourists are still to be located.

Two days of rain has caused a loss of over Rs. 1230 crore excluding the recent losses due to heavy rains in the State.

The Deputy Commissioner of Kullu, Yunus Khan,  said the Border Roads Organisation (BRO) has rescued 35 IIT Roorkee students who had went missing in Lahaul Spiti while returning after trekking from Hampta trekking pass. The students are currently staying at Mountaineering Institute in Manali

Three helicopters of Indian Air Force has been provided by the Union Government for evacuating the tourists and all those stranded in Lahaul valley due to untimely and unpredicted heavy snowfall.

If required more choppers would be made available for the rescue of stranded people, the Government said. As many as 200 people were reported to have been stranded at Koksar, about 300 in Baralacha.

Today total 306 Rescued & crossed Tunnel from the North Portal. Thanks #IndianAirForce and the #BRO. pic.twitter.com/Bw71IsAsLM

He said that the State Government has provided them food and medicines and there was no need to panic. All the students of IIT Roorkee were safe and have been evacuated to Army Base Camp at Sisu.

We have rescued five nationals of Denmark and Norway. We will try to airlift and rescue around 100 people today. We will also rescue those stranded in Keylong and nearby area,

#HimachalPradesh: People from different parts of Lahaul will be airlifted to Stingri helipad. Our priority is immediate evacuation & bringing people to safety. We have also dispatched food items for the stranded tourists: Akshay Sood, ADM, #Kullu pic.twitter.com/JH0A1LEZMa

Kullu-Manali Road To Be Restored Within Week

District Administration Kullu had provided blankets, tents and other required materials to the migrant workers who lost their shelter due to flash floods.

Himachal Pradesh: Five people including three women have been rescued from Patsio by an MI 8 chopper #HimachalRains pic.twitter.com/YYJV7bcCsk

Chief Minister Jai Ram Thakur. He also took an aerial survey of the Lahaul valley upto Chandertal to access the damages caused due to untimely snow.

The Chief Minister said that he had word with the Union Home Minister Rajnath Singh and Defence Minister Nirmala Sitaraman regarding these natural calamities.