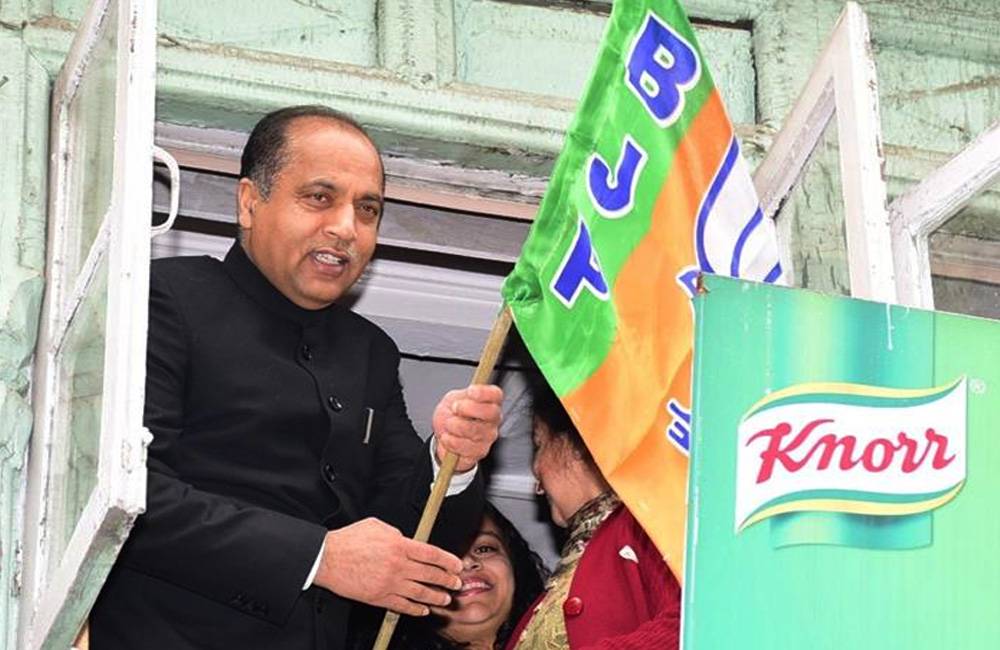 He has alleged misuse of the Government machinery for the promotion of BJP’s party campaign. The issue was highlighted by Rathore in a letter to the EC on February 22.

BJP had launched its campaign on February 12, 2019. Under this campaign, BJP flags were hoisted at houses of various party workers.

However, Rathore raised questions over the campaign. In the letter to the EC, India, Rathor said BJP was also hoisting flags on the houses of the beneficiaries under Centre Government sponsored schemes, which he termed as “unconstitutional, coercive, and breach of privacy of individuals”.


The benefits are given by the Government and not by any political party,

Rathore said in the letter.

He said it would send a wrong message to the people, leading to unrest in society.  He alleged that this action of BJP is only intended to achieve political goals ahead of the elections.

The Chief Minister Jairam Thakur had also hoisted flags on the prominent party workers in Shimla on the launch of the campaign.

The state government had even issued an official press statement with a photograph of the Chief Minister hoisting the party flag in Chotta Shimla. The State Government is not supposed to provide a platform for the party’s political campaign.