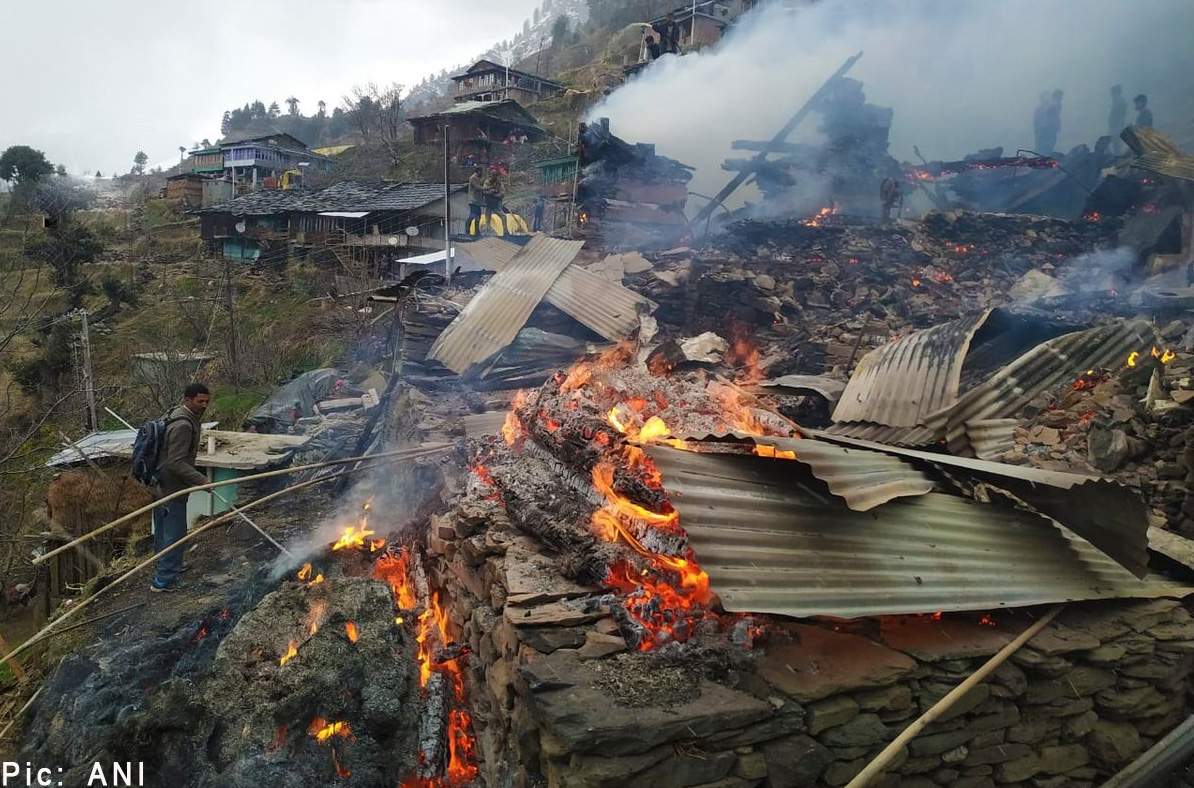 Kullu- In a devastating fire breakout in Jindi village in Kullu district today, as many as 10 houses turned to ashes.  As per the initial information received from the district administration of Kullu, five livestock including three cows were burnt alive in the fire. No human casualty or injury was reported.

The fire broke out in and spread quickly as the houses were mostly wooden, located very close to each other. As per the locals, gusty winds acted a catalyst for the fire.

The fire threatened about 70 more houses in the village. The fire brigade could not reach the village due to lack of a motorable road. The fire service and officials of district administration had to leave behind fire tenders to cover about three kilometres on feet. It took them over an hour to reach the spot, the locals said.

If it were not for the neighbouring villages, the fire could have gutted about 70 more houses in the village.

The fire was doused by evening. However, villagers said more houses could have been saved if the village had a road.  The district administration has not issued details of the damages, which are likely to go in crores.

In winters, while it’s still raining and snowing in the valley, about 35 people of 10 families are now without shelter.

The Deputy Commissioner Yunus Khan confirmed the report and assured that the families which were rendered homeless would be provided essentials like blankets, food, utensils, clothing etc. in addition to immediate assistance.

The reason behind this fire was yet to be ascertained officially. Unofficial reports said sparking in power supply lines above the roof of a house caused the fire.  The sparks set dry straw stored on the roof for livestock ablaze.