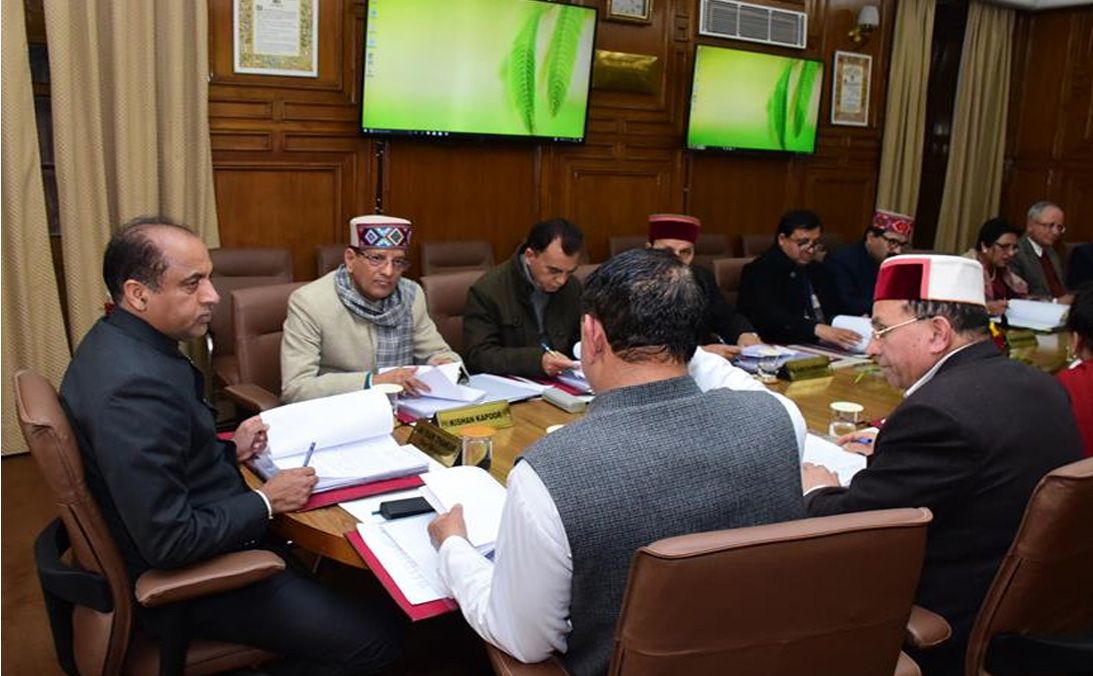 Shimla-A meeting of the Himachal Pradesh Cabinet was held on February 25, 2019, under the Chairmanship of Chief Minister Jai Ram Thakur.

Among important decisions taken in the meeting, nod was also accorded by the Cabinet to increase the honorarium of teachers appointed under the School Management Committee policy by 20 percent per month from April 1, 2019, which would benefit 2635 SMC teachers.

It also decided to increase the honorarium of part-time water carriers in Elementary and Higher Education Departments from Rs. 2200 to Rs. 2400 per month from April 1, 2019. This decision will give relief to 2268 part-time contract water carriers, the government said.

The Cabinet also decided to enhance the annuity of Kirti Chakras winners from existing Rs. 1.50 lakh to Rs. 2 lakh at par with winners of Mahavir Chakras.

It gave its approval to fill up 11 posts of different categories in the Economics and Statistics Department as the backlog of OBC.

The Cabinet also decided to provide essential commodities like wheat, flour and rice to APL consumers at the rates being given to BPL consumers in Lahaul valley of Lahaul-Spiti district from April 2019 to September 2019.

It gave its nod to open ten Atal Adarsh Vidhyalayas in different parts of the State viz. Bairathi in Bilaspur district, Satyas in Chamba district, Lambagaon and Paraur/Valha in Kangra district, Chail and Sarkaghat in Mandi district, Chopal in Shimla district, Bandali in Sirmaur district and Gaihara in Una district to provide residential quality education to the students.