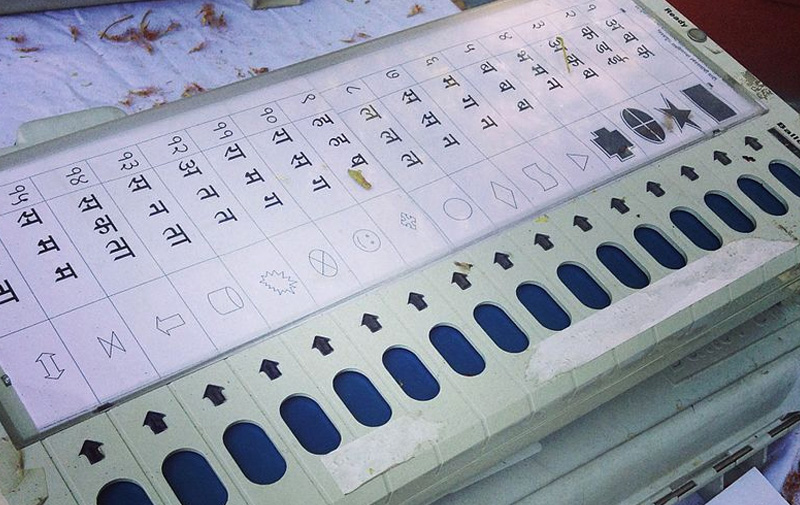 Those voters who are not able to produce the EPIC will have to produce one of the following alternative photo identity documents for establishing their identity.

Overseas electors will have to have to produce their original passport only for identification, the EC said.

To assist the Voters, the Commission has further directed its officers that in the case of EPIC, minor discrepancies in the entries should be ignored provided the identity of the elector can be established by the EPIC.

If an elector produces an EPIC which has been issued by the Electoral Registration Officer of another Assembly Constituency, such card will also be accepted for identification, provided the name of that elector finds place in the electoral roll pertaining to the polling station where the elector has turned up for voting.  If it is not possible to establish the identity of the elector on account of mismatch of photograph, etc. the elector will have to produce one of the above mentioned alternative photo documents.

Earlier, the Commission had allowed Photo Voter Slip as a document for identification. However, there have been representations against its use as a stand-alone identification document on the grounds of misuse as these are printed after the finalisation of the roll and distributed just close to the poll through Booth Level Officers.

Taking all these facts in view, Commission has now decided that Photo Voter Slip will not be accepted as a stand-alone identification document for voting.

However, Photo Voter Slip will continue to be prepared and issued to electors as part of the awareness building exercise.

Further, the EC said that in order to make it clear to the electors that Photo Voter Slips will not be accepted as a stand-alone identification document for voting, the words “THIS SLIP WILL NOT BE ACCEPTED FOR THE PURPOSE OF IDENTIFICATION IN POLLING STATION. YOU ARE REQUIRED TO CARRY EPIC OR ONE OF THE 11 ALTERNATIVE DOCUMENTS SPECIFIED BY THE COMMISSION FOR VOTING” shall be printed on the Photo Voter Slip in bold letters.