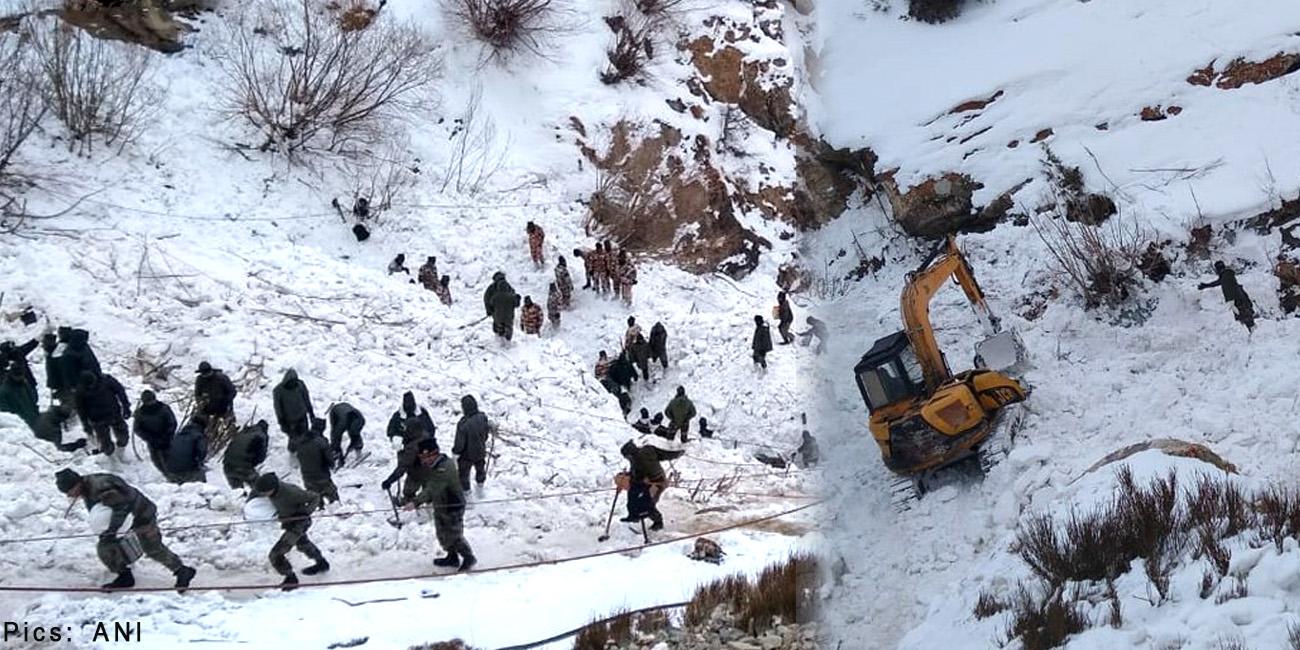 Kinnaur-Five jawans of Jammu & Kashmir Rifles, who are missing since February 2019 after an avalanche hit them in Namgia Dogri region in Kinnaur district along Sino-India border, remains untraceable on the ninth day of the search operation.

Over 300 jawans of Indian-Tibetan Border Police (ITBP) and Army have been searching for the missing jawans since disappearance . Villagers were also assisting in the operation. The teams are using everything from machinery, metal detectors, sniffer dogs to thermal sensing equipment to find the jawans.

A team of the Defense Research Development Organization(DRDO) also visited the site.

Meanwhile, the General Reserve Engineering Force (GREF), a wing of the Indian Army, has also deployed its machinery to remove snow.

As per an report, the rescue team yesterday found a mobile phone that belongs to one of the missing jawans.

The Government should have sent the National Disaster Response Team (NDRF) along with experts from mountaineering institutes of the State, the opposition has said.  During the same period, BJP organized its Panna Pramukh Sammelan ahead of the Lok Sabha elections. The opposition alleged that the Chief Minister gave more priority to the preparation of his party campaign than the search operation.

On February 20, 2019, six jawans of J&K Rifles, who out for the maintenance of a water supply line, were buried when an avalanche hit them. While one of the jawans, Rakesh Kumar, a native of Bilaspur district, was rescued by other jawans, five others went missing. The rescued jawan succumbed to his injuries on the way to a local hospital.

Related Topics:featuredHP govt
Up Next

Photo Voter Slips Will not be Valid as Stand-Alone ID Voting: EC