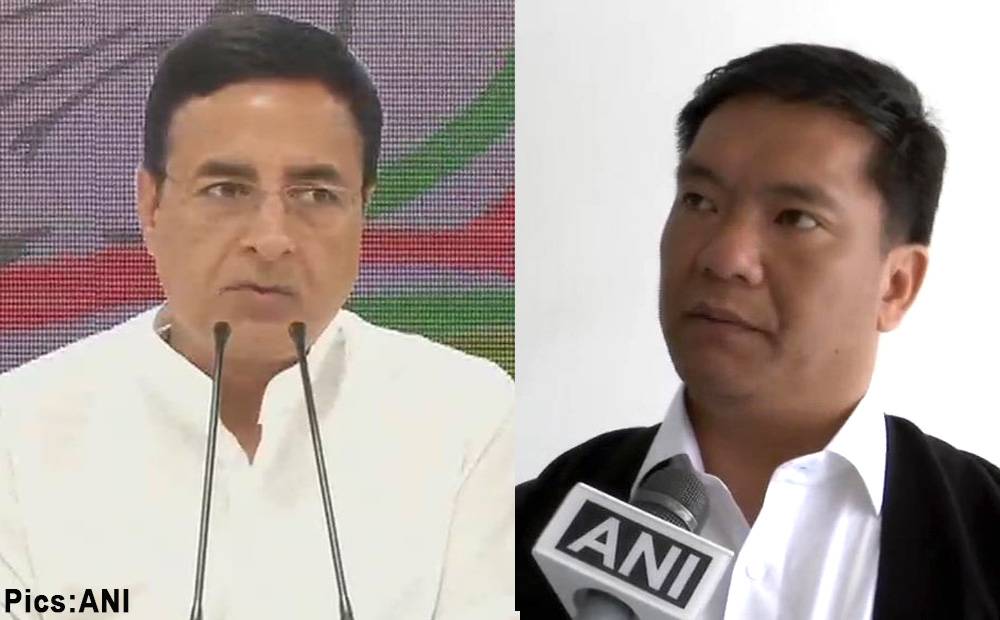 Congress has allegedly related this cash to PM Modi’s rally in Pasighat, Arunachal Pradesh at 10:00 AM today. Surjewala said that raids were conducted based on the information given by workers of Youth Congress.

Congress has termed it as “cash for vote scandal.” Congress also alleged that the government was trying to hush up the matter. Though the raid was conducted at midnight, the Election Commission of India or BJP has not released any statement regarding it.

Arunachal Pradesh chief electoral officer Kaling Tayeng has confirmed the report of recovery. He said exact details regarding the identity of persons involved were not available yet.

Congress said videos on social media have emerged where cash is being counted by police officers in the presence of Election Commission’s Expenditure Officer, Samrita Kaur Gill (IRS)(Observer Code: R26172)

Surjewala said the DC Pasighat Kinny Singh (IAS) can be heard in these videos and stacks of cash are clearly visible along. The cash was being reportedly transported in certain vehicles parked at the Siang Guest House, Pasighat.

Congress said five vehicles were searched in the presence of the complainants who belonged to the Youth Congress. The search resulted in the recovery of cash of Rs. 1.80 Crores in the denomination of Rs. 500 each, it said.

According to the DC Pasighat& SP Pasighat, the recovery of cash was intimated to Priya Ranjan, Income Tax officer stationed at Pasighat for the elections, Congress alleged.

Was Rs 1.8 Cr of hard cash being transferred for the rally of PM Modi in Pasighat today, personally in the CM’s convoy and in the safe hands of BJP President?

It’s absolutely wrong. ‘Cash for Vote’ is rather practised by Congress party. Investigation under Election Commission will reveal all the details. We have got the info that it has been recovered from a BJP candidate’s car.

Congress further alleged that Tapir Gao has been a habitual offender when it comes to being found with large stashes of cash. Before Manipur elections, he was stopped by Income tax department with a large amount of cash in Guwahati airport while he was coming from poll bound Manipur, Congress alleged.

Isn’t Concealing and hoarding cash during an election a “corrupt practice” and a serious violation of law under Section 123(1) of the Representation of the People Act 1951 and Section 171B of the IPC and is a solid ground for termination of candidature?

Congress said if PM Modi knows about these stacks of cash being transferred, then an FIR should be immediately filed against PM, Narendra Modi, Arunachal CM, Prema  Khandu and BJP’s Arunachal Pradesh President, Tapir Gao.

Tapir Gao is the BJP candidate from West Arunachal and his candidature should be terminated henceforth, Congress demanded, adding that CM Pema Khandu should resign following this sensational ‘Cash for Vote’ scandal.