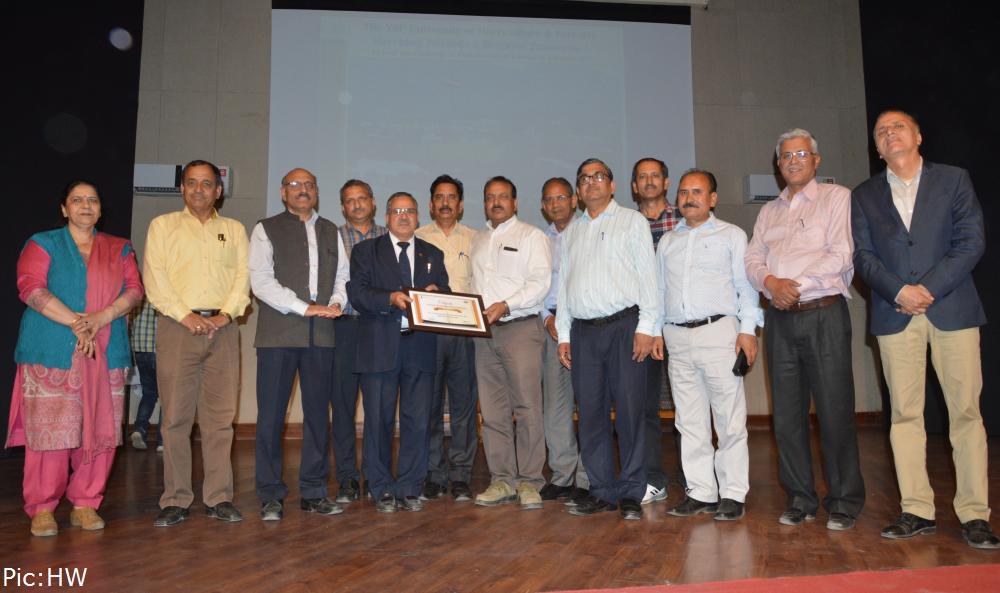 Solan-Dr YS Parmar University of Horticulture and Forestry, Nauni, has yet again been ranked among the top 100 Universities of the country in this year’s Ministry of Human Resource Development’s National Institutional Ranking Framework (NIRF) 2019.

The university has been ranked at 80th position in the university category making it the only university in the top 100 from Himachal Pradesh. Only nine horticulture, agriculture and veterinary universities have found a place in this top 100 universities list.

However, UHF slipped from its last year’s rank of 71st position.

The rankings were released by the Hon’ble President Shri Ram Nath Kovind at New Delhi earlier on April 8, 2019. This year, the Ministry carried out rankings for Overall, Universities, Engineering, Colleges, Pharmacy and Management, Medical, Architecture and Law. The institutions were judged on parameters like Teaching, Learning and Resources, Research and Professional Practice, Graduation Outcome, Outreach and Inclusivity, and Perception with each having several other subheads.

Speaking at the event organized at the university on Thursday evening, Vice Chancellor Dr HC Sharma congratulated the scientists, staff and the students on being the highest ranked university in the state and among the select few from the agricultural field, which have made it to the top 100 list.

Stressing on the need to work harder to improve the rankings, Dr Sharma said,

We have improved our scores in the research and publications and perception, but there is still ample scope for improvement in all the parameters. In order to improve our rankings, we will be aggressively pushing our research and patent filing process and look to expand our international and national tie-ups for research and exchange.

He added that that the university has made several efforts under the technology transfer initiative and in the past few months several technologies developed by the university has been made available to the entrepreneurs. Dr JN Sharma, Director Research of the university explained the ranking methodology and called for making a collective effort to work on the areas where improvements can be made in the future.