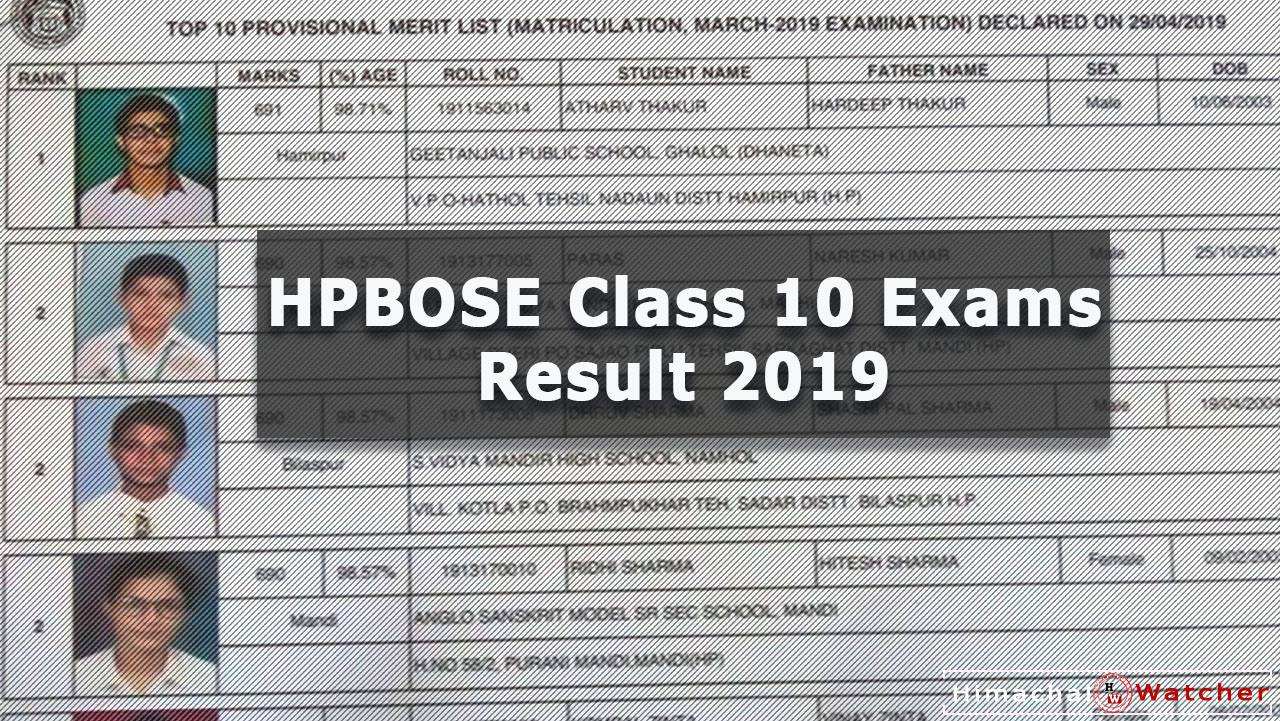 Dharamshala-Himachal Pradesh School Education Board, Dharamshala, on April 29, 2019, has declared the class 10th result, examination for which was held between 7 to March 20, 2019. The Board said the result was declared in record time this year.

The first three positions in the merit list were held by boys and out of the top 39 students, there was only one student from a government school.