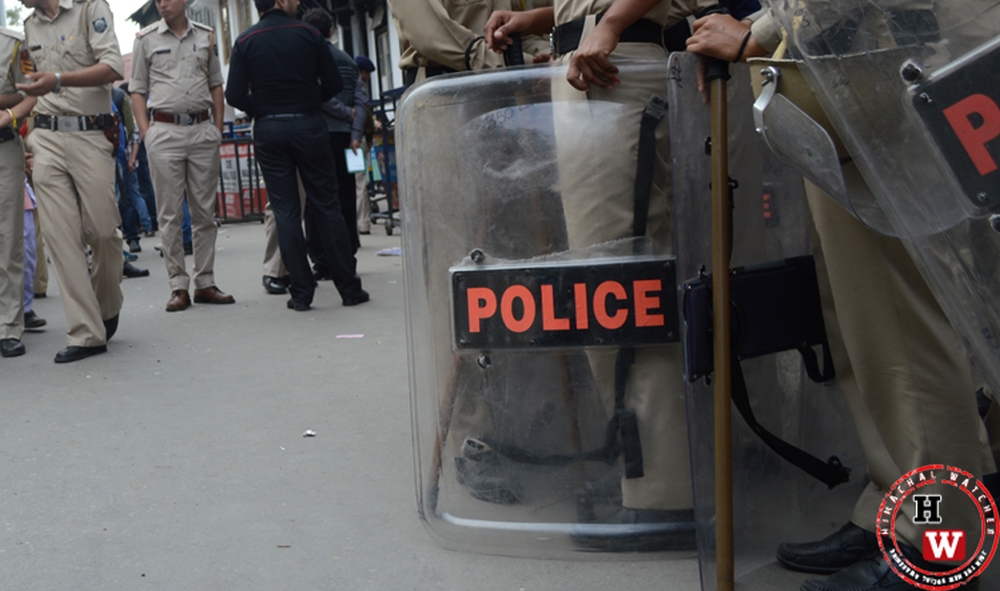 Shimla-In the case related to alleged kidnapping and rape of a 19-year old girl near Sanjauli of Shimla city, the Director General of Police R.S. Mardi has formed a Special Investigation Team comprising of seven members. The Chief Minister Jairam Thakur has also ordered a magisterial probe into allegations against police officials of Lakkar Bazaar Police Post for not taking action on the complaint of the victim.

The matter was registered last evening, the investigation has begun. It’s a very unfortunate incident, should’ve never happened. I’ve directed to take the strictest action in this matter. The girl is recording her statement before Judicial Magistrate.

The investigation by the SIT will be monitored by the Deputy Inspector General (Southern Range) and Superintendent of Police, Shimla, on a daily basis. Further, the DGP said the investigation will be done on a priority basis.

The Magisterial probe will be conducted by Additional District Magistrate, Shimla, Prabha Rajeev. The ADM has been asked to submit a report the probe within 24 hours.

Further, as per reports, statement of the victim was also recorded before the Judicial Magistrate under CRPC 164.

As per the FIR filed at Dhalli Police Station, the victim said she had tried to file a complaint at Lakkar Bazaar police post. However, despite the fact that it was night time, she was told to go to Dhalli Police Station. While she was on her way to Dhalli, she was forcefully dragged into a car by some men and raped.  The girl recognized these men because they had molested her earlier.

With this statement, the State Police’s alleged dereliction of duty has come under the scanner.  If the allegations proved to be true, then it would mean that this crime would have been easily preventable if she was attended appropriately.

The police, however, claims that there were gaps in the statement given by the victim. So far, only partial details were released by police.

The Chief Minister said the State Government is serious about maintaining law and order in the State and action would be taken at the earliest against those involved in this crime. Sensing unrest in public and criticism from oppositions, the CM has begun to ask the parties to not politicize it.

Further, after the initial medical examination of the victim at Indira Gandhi Medical College and Hospital, Shimla, more tests were conducted at the Kamala Nehru Hospital. As per reports, the first examination had confirmed rape while findings of the second examination were not released.

Along with the general public, the opposition Congress and Communist Party of India launched an attack on the State Government over worsening law and order situation in the State. Congress also staged a protest and alleged that the current government was seeking votes in the name of Gudiya Helpline, claiming that women were now safer. Congress said this crime has revealed the ground reality of the government’s claims.

Himachal Pradesh Congress Committee also submitted a memorandum to the President through Governor of the state demanding the dismissal of the state government.

Sanjay Chauhan, a senior leader of State Unit of CPI(M) also expressed concern over such heinous crime in the city and said that it raises serious questions over the law and order situation in Devbhoomi known for its peaceful environment.

He further alleged that the number of crimes against women has witnessed a rise and the government has failed to deter criminals. He also said that after Gudiya rape and murder case, then Congress government had to face the consequences and was thrown out of power by the people. He alleged that the failure of investigation agencies to bring culprits to justice is only encouraging criminals.

He warned of public protest if proper and timely action was not taken against culprits. He also demanded appropriate compensation to the victim.