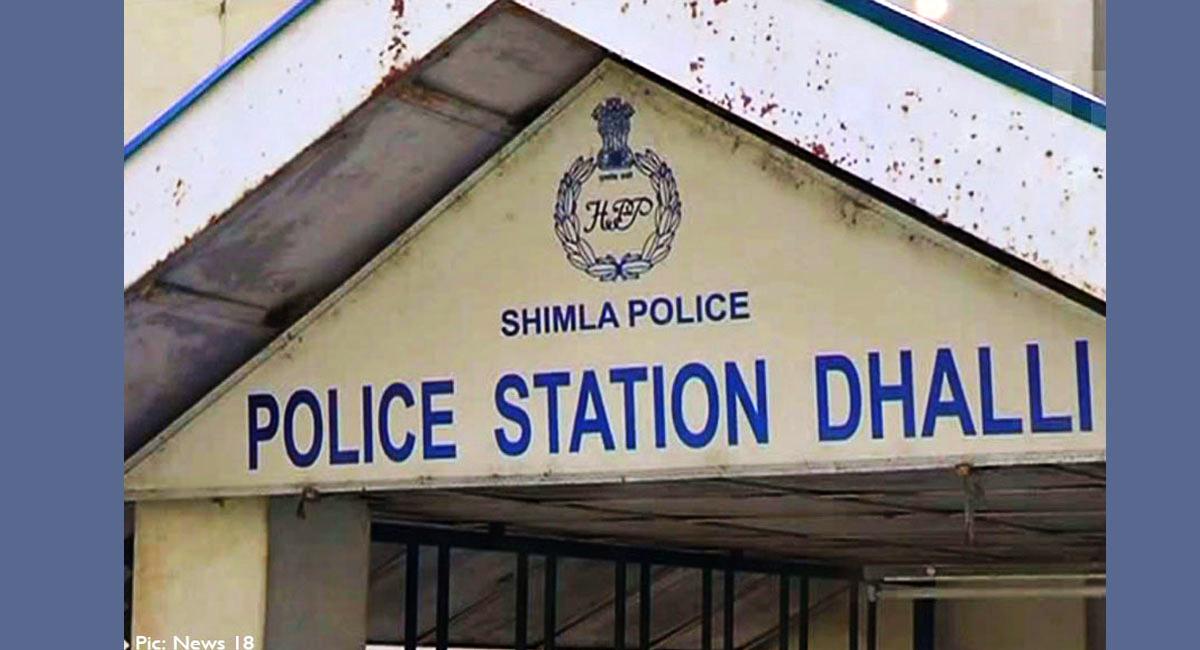 Shimla-The alleged case of rape with a 19-year-old in Shimla’s Bhattakufar area has become more complicated as an eyewitness confirmed a part of the victim’s statement given to police. As per reports, this eyewitness, in his statement, told police that he was parking his car on that night (28 April) when this girl came to him rushing and asking for help.

“He claimed the 19-year-old was in a semi-nude condition and was begging for help when he came across her near the Hill Grove on the Dhalli-Bhattakufar road,”

She was so scared that she tried to enter his car, he said. She asked him about the name of the location. The eyewitness told her that it was Hill Groove.

This eyewitness said he told the girl to not to worry and even told her that he would call her wife if that makes her feel safe.

A few minutes later, the eyewitness told the police, two persons came on a bike. One of the boys gave his shirt to the girl and took her with him. The eyewitness also gave initials of the bike number, and said he could not remember the complete number as it was dark.

The eyewitness also identified the boy in front of police later.

The police also questioned the boy, who is said to be a friend of the girl. As per the boy, he later provided the girl with his sister’s clothes. The sister of the boy also confirmed the same, said a Hindi Daily.

The eyewitness said that on reaching home he had told about this incident to his wife as well.

Sources said the girl had mentioned in her complaint seeking help from a man after she was allegedly raped, which has been now confirmed. The girl had made a call to his friend and on the Gudiya helpline between 9:20 PM and 10 PM. Police has not revealed any further details about the call records of the girl’s phone.

However, the appearance of this eyewitness has raised questions over the claim of the police that the girl’s statement was not matching with its findings.

As a contrast to it, now police said a sketch of the accused have been prepared on the description given by the girl.

The report of the second opinion on medical examination of the girl has not been made public yet.

The report of the magisterial probe into the role of Lakkar Bazaar police that was to be submitted by Thursday evening has also been delayed.

As per the English Daily The Tribune, police have questioned about 70 persons in connection to the alleged crime.

“The girl had said the accused was not known to her and was in his early 30s, wore specs and had a mole on his lower lip.

So far, police is clueless about unidentified accused.

Another striking aspect related to the case is that the family of the victim has not given any statement so far.

Family of Victim Under Pressure from BJP Govt in Haryana: Rathor

On the other hand, the President of the Himachal Pradesh Congress Committee, Kuldeep Rathor, in a press conference in Solan district on Thursday claimed, the family of the girl was being pressurized to hush-up the matter. He alleged that he has received this information from credible sources. As the girl hails from Haryana, and BJP is in power in both Himachal Pradesh and Haryana, her family was pressurized to not speak of it. This is the reason that after filing an FIR, the girl had to withdraw her statement, he alleged.

Rathor has also demanded a judicial probe under the supervision of the State High Court for a fair investigation.