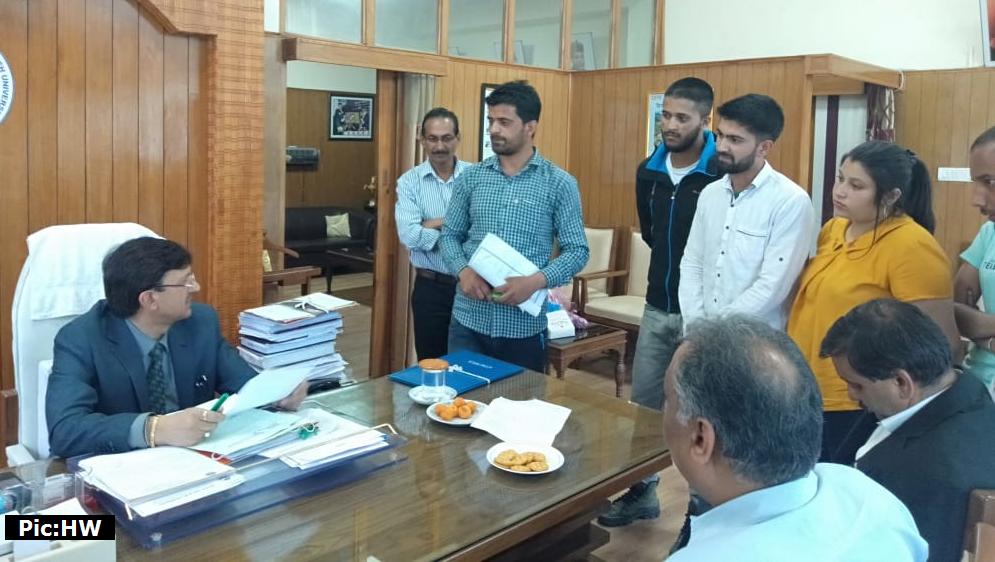 Shimla-The Himachal Pradesh University is again in controversy over poor examinations results under Rashtriya Uchchatar Shiksha Abhiyan (RUSA) system. The students alleged that approximately 70 percent of the students who appeared in the fifth-semester examination in various colleges of the state had been flunked. There are over 2600 students who have obtained less than 10 marks, and 900 students were given zero marks.

The students under the banner of Student Federation of India today gheraoed the Vice-Chancellor over this issue alleging that these results point towards inefficiency of the university administration. They demanded the provision of re-evaluation under RUSA and re-checking of answer sheets of failed students.

The students have demanded that the procedure of re-checking should be free of cost. They also alleged that this is not the first time that RUSA results have caused trouble. There have been occasions where 98 percent of students were declared fail.

Such conduct and working of the authority are bringing a bad name to the university and causing degradation in the quality of education, students said.

The students have demanded that the university should make provision for re-evaluation and the criteria of passing mark should be lowered from 45 percent to 35 percent.

The RUSA system has been in controversy since its adoption in 2013. It was supposed to improve the quality of education through strategic funding to the university from the Centre Government. However, the majority of students had been protesting over either delayed results or poor scoring since 2013.

ABVP and SFI have been holding protests and strikes, demanding elimination of the system or to lowering of the pass percentage to 35%. Then in opposition, the Bhartiya Janata Party had also criticized the hasty implementation of RUSA and had promised to solve it after coming to power. However, this struggle of the students still continues in 2019.

Himachal State Disaster Response Force To Be Formed on Analogy of NDRF: Govt