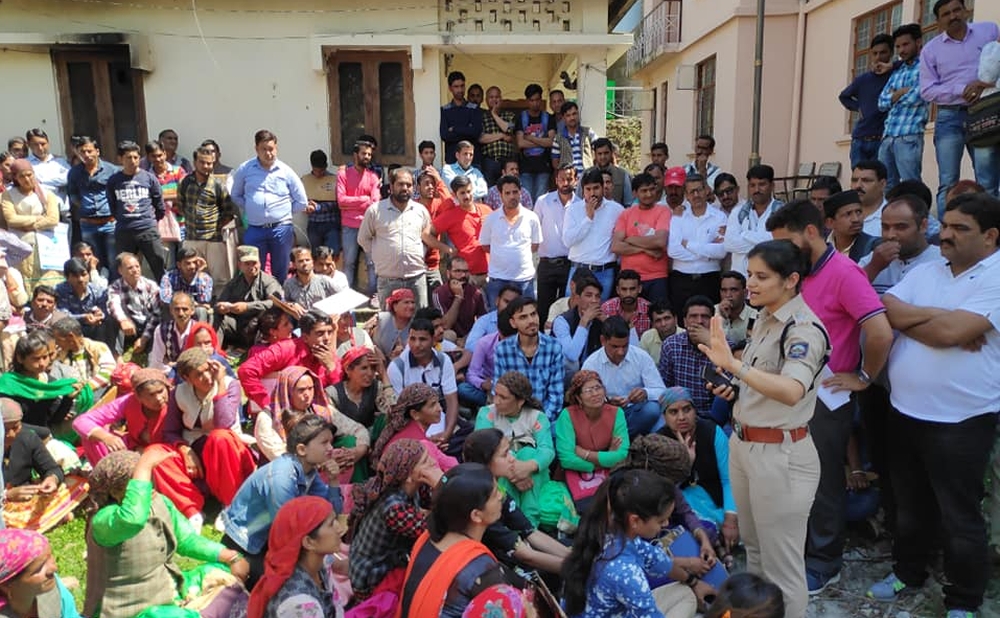 Kullu-A local leaders of Bhartiya Janata Party(BJP) and worker were booked in relation to the rape of a 9-year-old girl after the Kullu Police faced a protest from locals and Dalit Shoshan Mukti Manch (DSMM) for inaction. They were identified as Chunni Lal, BJP Board Vice President and Ratna Bharti, a BJP worker.

An FIR was registered under section 504, 506, and 34 of the Indian Penal Code, reported ANI.  The report was confirmed by SHO, Anni Police Station, Bhag Singh.

As per a report published by News 18, the local MLA Kishori Lal Sagar was also alleged of trying to hush-up the case. However, the MLA denied these allegations.

The mother of the victim, who belongs to a poverty-stricken Dalit family, on May 21 had filed a complaint at a local Police station alleging that former Gram Panchayat president Ropa and one Chuni Lal of Mandar village and another Rattan Bharati of Ropa were allegedly trying to hush-up this heinous crime.  She also alleged that she was offered money in the police station to not file a complaint against the culprit.

“When the victim’s family refused the money, they threatened the Dalit family that they would no longer be allowed to be in the village,”

the convener of DSMM Vivek Kashyap had alleged in a press statement issued after a protest.

The family of the victim is now living in fear after being pressurized by influential upper-caste people.

She had also expressed fear of assault on her family. She also alleged that despite filing a complaint, the police was lousy and reluctant to file an FIR. When the matter came to the knowledge of the locals, they expressed their anger by protesting against the police. The Superintendent of Police, Kullu, Shalini Agnihotri, had to convince the locals that appropriate action would be taken against anyone who is found guilty of pressurizing or threatening the victim’s family.

On May 19 – the polling day for Lok Sabha Elections-a person identified as Devender Kumar allegedly lured a 9-year-old girl, who was playing near a polling booth in Anni, and took her to a deserted building and raped her.  The accused was booked under Section 376, 511 and   Protection of Children from Sexual Offences Act (POCSO). The accused was later sent to police remand.

The alleged incident again highlighted casteism that still prevails in rural areas of the State. The DSMM has pointed out that recently atrocities against Dalits have witnessed an increase. The most gruesome was the murder of RTI activist Kedar Singh Jindan in Shillai area of Sirmaur district last year.  Earlier, in April this year, a controversy was reported when a Dalit lady’s cremation was not allowed at a village crematorium.