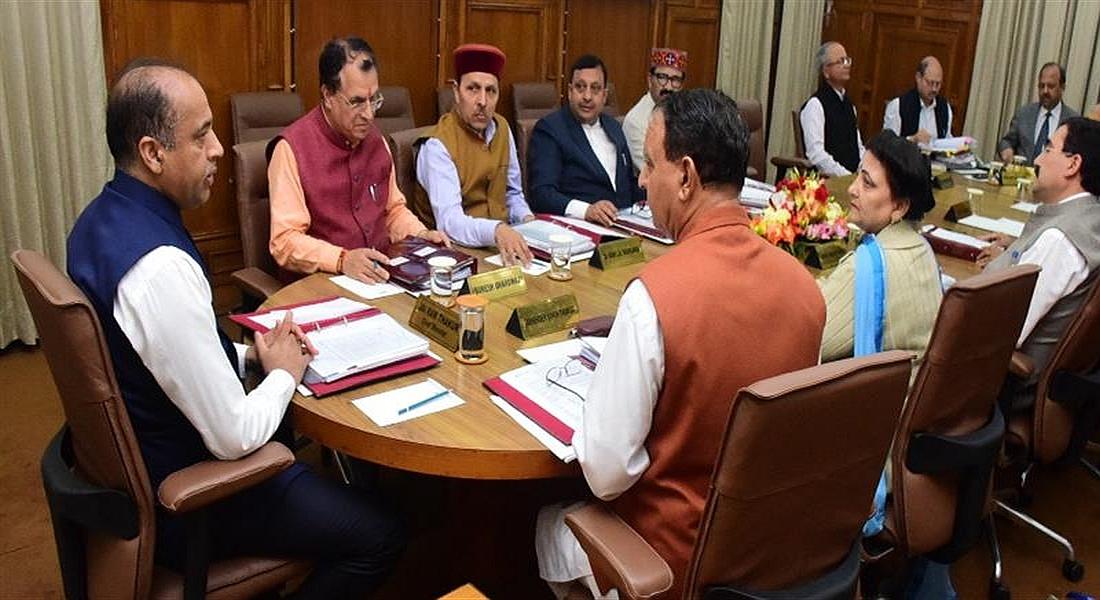 The cabinet has recommended the Governor to convene Monsoon session of Himachal Pradesh Vidhan Sabha from August 19 to August 31, 2019, with a total number of 11 sittings.

The Cabinet decided to provide State subsidy of 30 percent of system cost including installation of solar water heating systems of capacities 100 LPD and 200 LPD only to all the domestic consumers in the state.

The Cabinet decided to approve Himachal Pradesh State Direct Selling Guidelines, 2019. The government claimed it would regulate the business of direct selling and multi-level marketing and strengthen the existing regulatory mechanism on direct selling and multi-level marketing. It’ll also prevent fraud and protect the legitimate rights and interests of the consumers, the government said.

The Cabinet approved the change of equity in favour of three power projects and also cleared a policy for imposing a penalty in case of change of equity and name without the approval of the government. Project developers would be given a period of 60 days when to get them approved without penalty.

It accorded approval to

The Cabinet decided to continue the Market Intervention Scheme (MIS) for procurement of apple during the current apple season. It also decided to enhance the procurement price under MIS from Rs. 7.50 to Rs. 8 per kg.  As many as 279 procurement centres would be opened in different parts of the state to facilitate the apple growers.

The Cabinet also decided that state-level function would be organized at Shimla on the birth anniversary of first Chief Minister Dr. Y.S Parmar on 4th August 2019.

It gave its consent to accord District level status to Nalwar Mela Lambathach in Thunag tehsil of Mandi district.