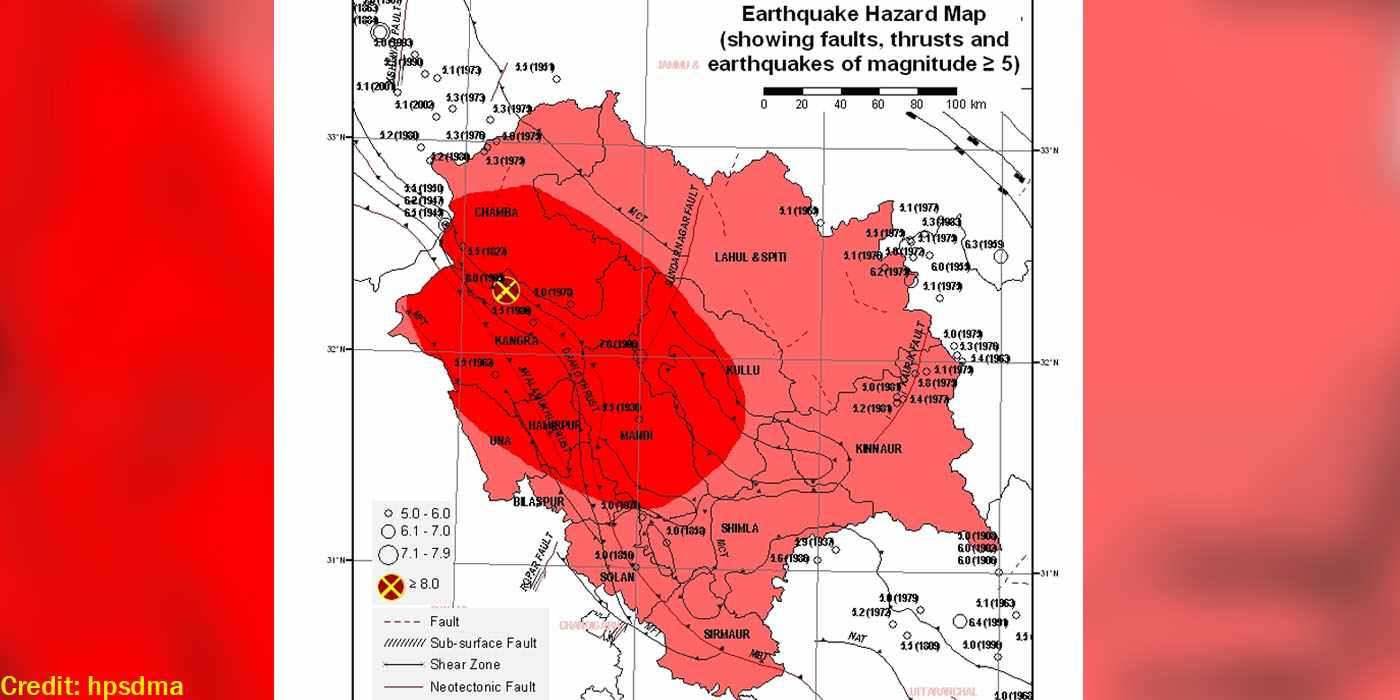 Shimla– A Spokesman of Revenue and Disaster Management told here today that an earthquake of Magnitude of 4.3 was recorded today with its epicenter at Lahaul &Spiti district. The time of the earthquake was 09:03 AM and depth was 20 Km.

He said that the state has experienced tremors 14 times since January 2019, with the magnitude of 4.3 or less, out of which Chamba district has been shaken six times, Kinnaur thrice, Mandi twice, Shimla and Kangra once respectively.

Most of these earthquakes were shallow with a maximum depth of 20 Km.

The spokesman said that the State has been shaken by many earthquakes in the past and 1905 Kangra earthquake was strongest ever recorded earthquake in the history in which around 20,000 thousand people lost their lives and more than one lakh houses were collapsed. Since then the state has witnessed more than 297 earthquakes of magnitude 3 and above in the Richter scale.

The 1975 Kinnaur earthquake was another big jolt, which the State had experienced. As per the many research outcomes, a strong earthquake in this part of the Himalayas in the near future cannot be ruled out as no major earthquake has shaken this place for long.

He said that earthquakes, in a matter of seconds, could shatter entire communities, leaving a large number of people homeless and displaced. The government of Himachal Pradesh has advised the general public to build their houses in a safe environment and follow the by-laws while constructing their houses.

People should always be prepared to face disasters. Part of preparedness includes keeping emergency kits ready containing emergency food, medicals, etc.   It is also advised that during the exigency situation to keep calm and move to safer places and ask for help from Toll-free helpline numbers such as 1077 or 1070 or 112.

Recently, IIT Roorkee has sent a proposal to the State Government to establish an Earthquake Early Warning System(EEW). IIT Roorkee has already installed such Earthquake Early Earning System in Uttarakhand with the help of State Government, which is running very effectively by generating a database of earthquake events, generating public awareness and detailed research on seismic activities.