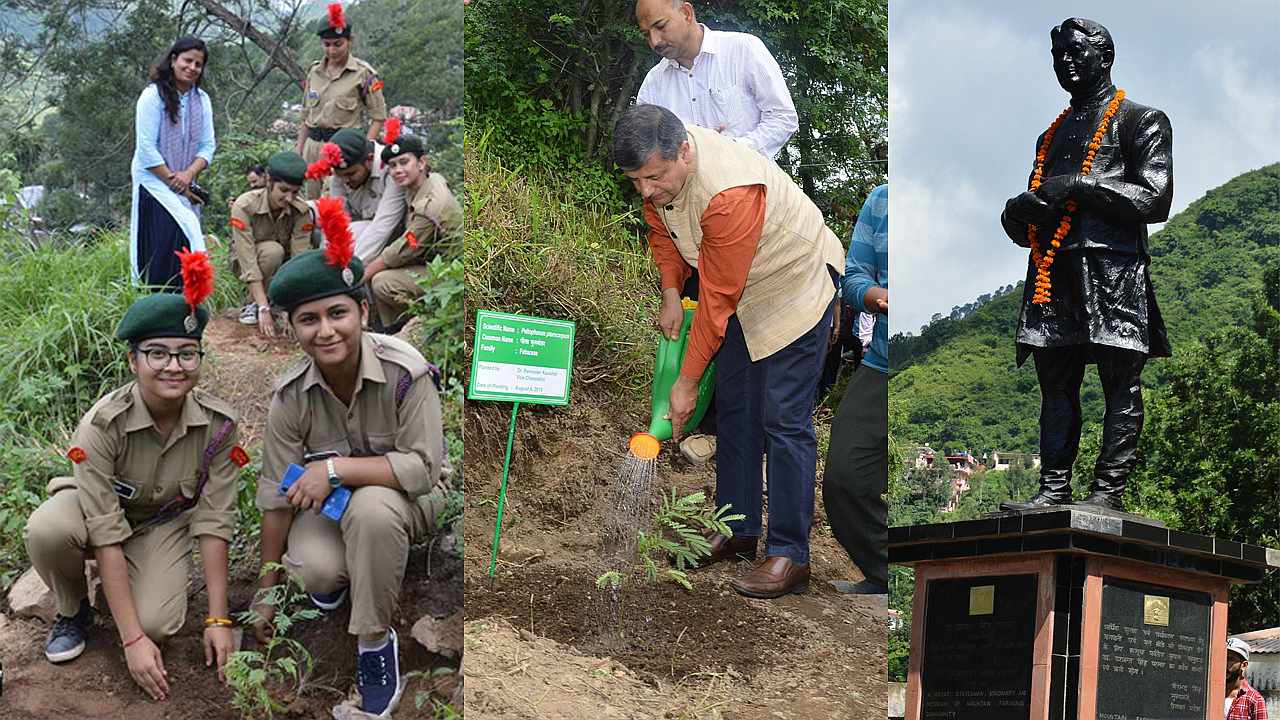 Solan- On Dr YS Parmar’s 114th birth anniversary rich tributes were paid to the architect of modern Himachal Pradesh and the first Chief Minister at the Dr YS Parmar University of Horticulture and Forestry (UHF), Nauni.

The university celebrated the day as Van Mahotsav in which the university students, faculty and staff, and farmers from Ajmer participated. 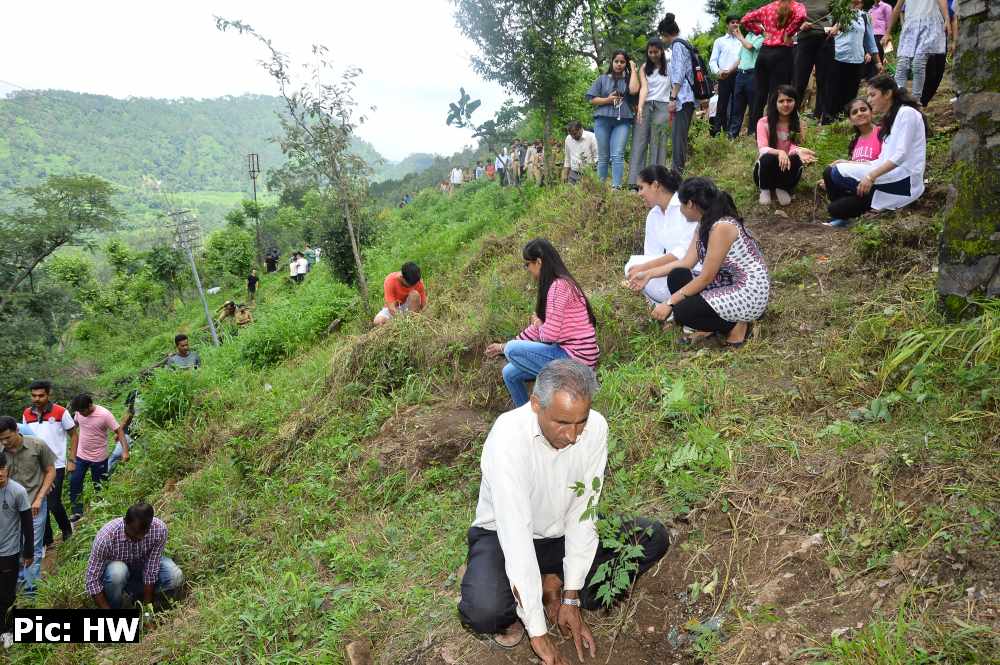 The participants undertook a plantation drive at the university campus in which over 500 trees of Chinese raintree, Sandalwood, Yellow Gulmohar and Silver oak were planted.

Speaking on the occasion, Dr Parvinder Kaushal, UHF Vice-Chancellor said it was a matter of great pride and honour that the university was named after the great leader. He said that Dr Parmar was a true champion who advocated the development of horticulture and forestry in the state. It was his vision that has led to the development of the state. 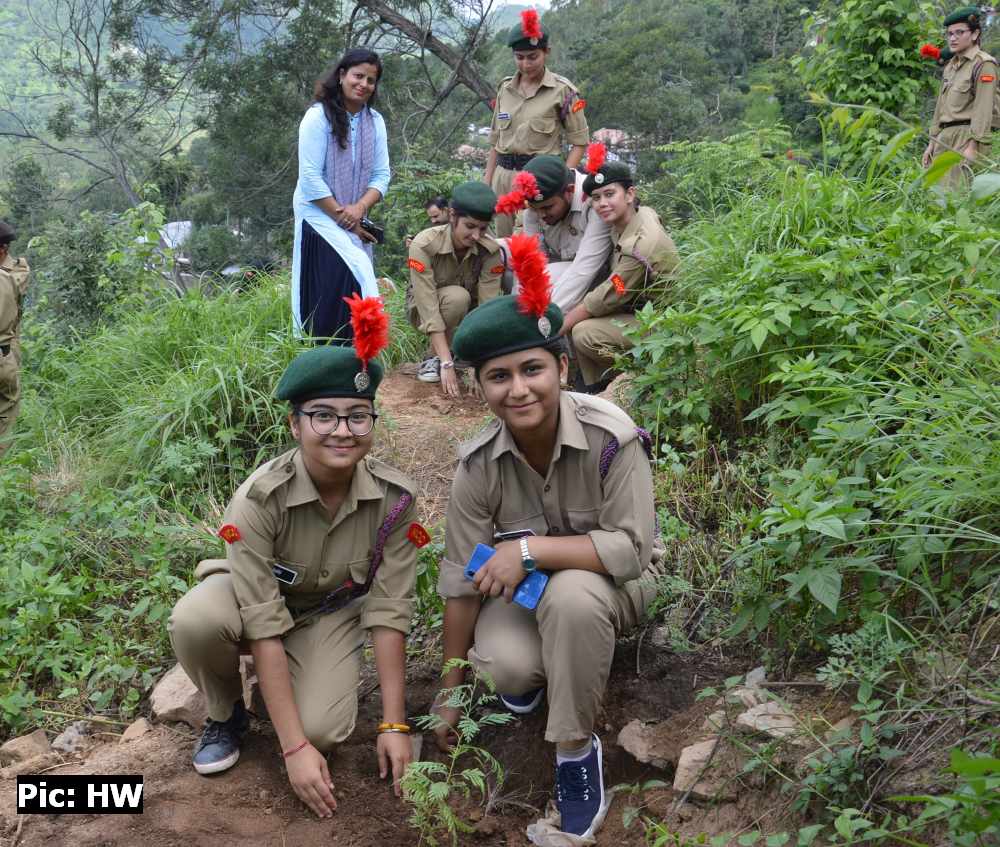 Dr Kaushal urged the students and staff to follow in the footsteps of Dr Parmar who dedicated his life for the development of the state and betterment of the poor and farmers.

“We at this University named after him, along with the people of the state are forever indebted to this great leader. Van Mahotsav is an event, which not only connects everyone with nature but is also an important activity to maintain a balance with nature. Celebrating Van Mahotsav on Dr Parmar’s birth anniversary is an appropriate homage to this role model leader of the hill states,”

He said that the university will take several green initiatives in the coming years and develop itself as a clean, green and smart campus. 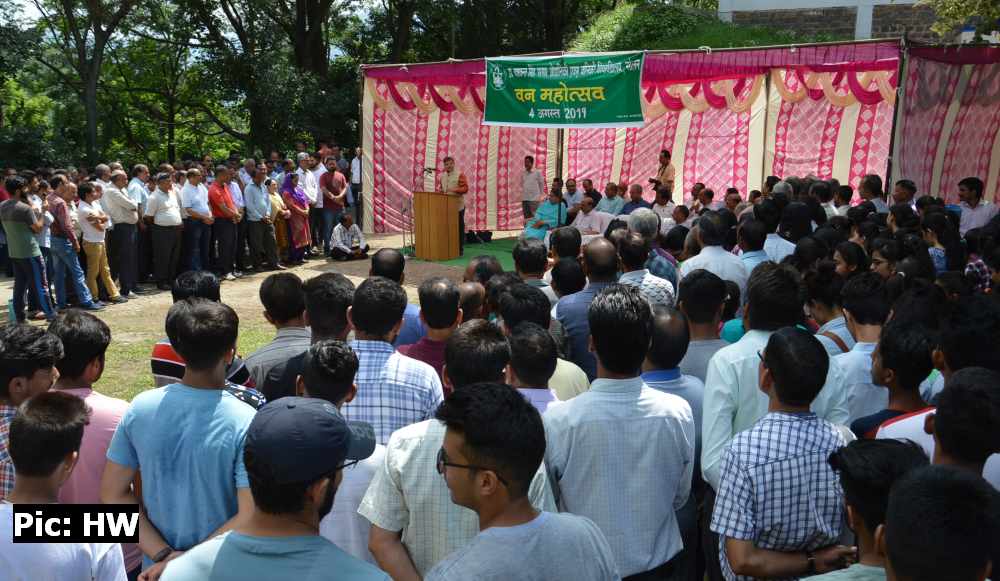 While explaining the importance of trees for the survival of humankind, Dr Rakesh Gupta, Director Extension Education called for collective efforts to conserve existing forests and undertake plantation in newer areas. Dr PK Mahajan, Dean College of Forestry asked for the support of all the university employees and students in ensuring the survivability of all the plants.

The local branches of the State Bank of India, UCO Bank and Jogindra Bank also supported the programme.