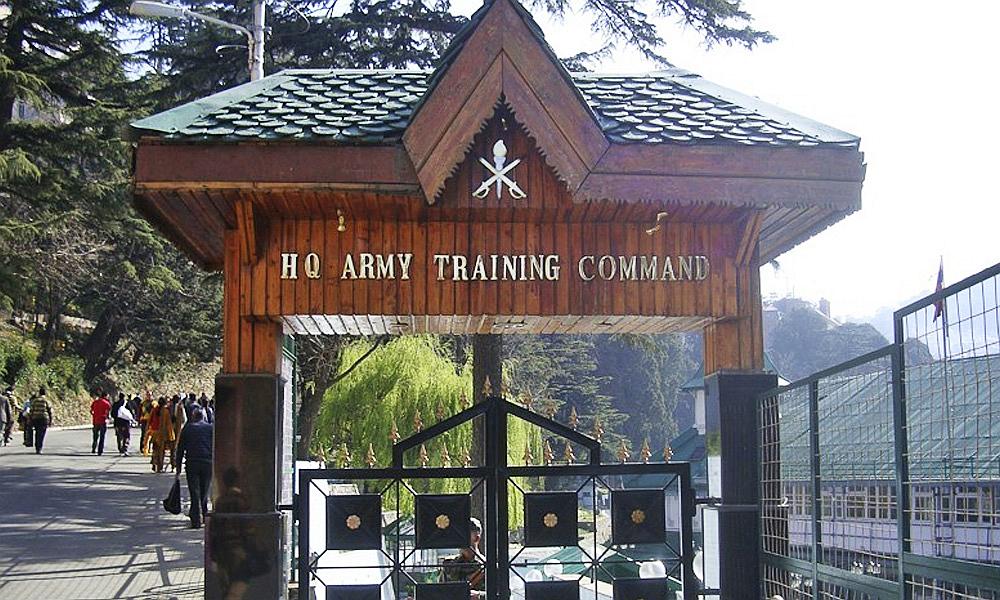 Shimla-Shifting of the Headquarters of Army Training Command (ARTRAC) from Shimla to Meerut isn’t in the list of Defence Ministry currently, it was confirmed by the Defence Minister, Rajnath Singh.

In a press note released on August 9, 2019, former Chief Minister of Himachal Pradesh, Dr Prem Kumar Dhumal, said that he had written to the Defence Minister on June 21, requesting him to cancel the plan for shifting the Command to Meerut. He had also met the Minister personally later and had taken up the issue with him, he said. He had told the Minister that this decision would affect the people and Shimla will also lose a prestigious institute.

The Defence Minister, in response to his request, informed through a letter that currently no such procedure is underway, said Dhumal.

He said it implies that the proposal to shift the Command from Shimla has been dropped.

When the initial reports regarding the Centre government’s proposal to shift the Command to Meerut for providing better infrastructure were received, it had attracted state-wide criticism.

It was argued that Shimla has been a strategic location of the Indian Army for almost 150 years and was the Headquarters of the then Indian Army during the British period from 1864 to 1939, which included two World Wars in which British Indian Army fought.

After India’s Independence, the Headquarters of the Western Command was located in Shimla during the Indo-Pak War in 1948, 1965, and 1971, as well as the Indo-China war of 1962. The Western command was shifted to Chandi Mandir only in 1985.

Senior Leader of Indian National Congress, Anand Sharma, had also written to the Ministry of Defence, urging it to cancel the proposal.

Shifting of such a big Army Institution out of Himachal Pradesh would adversely affect the economy of Shimla and the State, and it would also lead to loss of employment for the local people, he had said. Shimla has been a summer capital of the country and the State will lose its pride if the Command Headquarters is shifted out of the State, he had further stated.

Dairy Farming in Himachal to be Modernized by Setting Up 44.12 Crore Center of Excellence: Govt