Shimla-Incessant rains for the last 36 hours have wreaked havoc in various districts of Himachal Pradesh, killing as many as 20 persons due to landslides, drowning, the collapse of walls etc. Nine deaths were reported from Shimla district only. In a major incident, a landslide near Regional Transport Office, Shimla, killed two girls and their mother. One person died in a wall collapse in the Cemetery area, while one death was reported from Jubbal area where a landslide buried a lady. 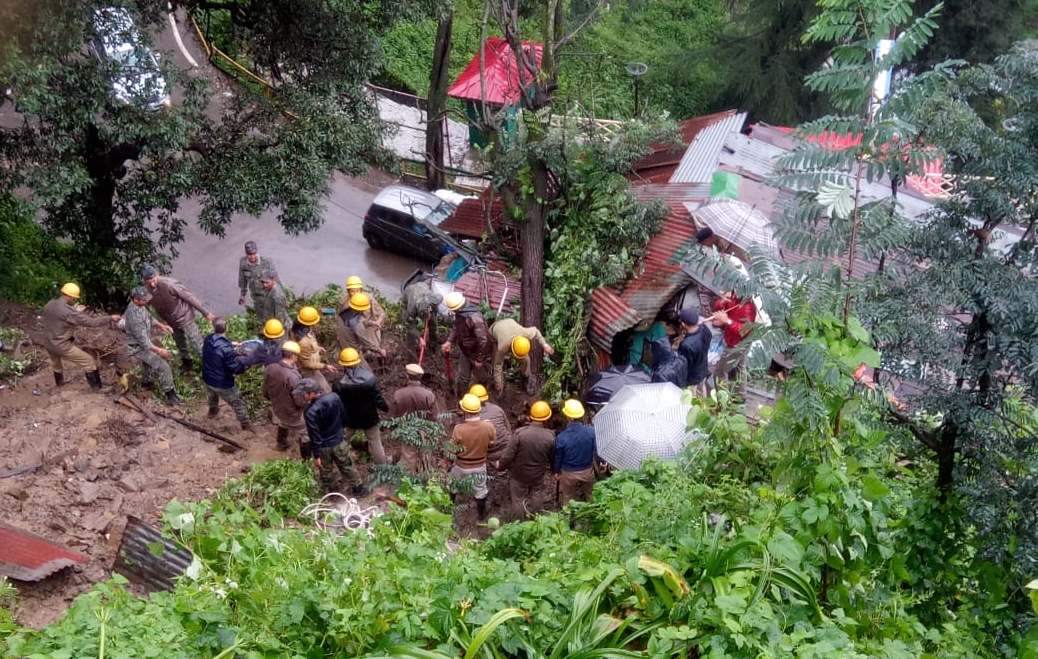 Chamba and Kullu reported three deaths each. Other deaths were reported in district Solan, Sirmaur, and Bilaspur districts. Over 800 roads and about eight National Highways were closed due to landslide or damages due to overflowing rivers.

Pabbar River in upper Shimla area was seen flowing above the danger level. A large number of trees were also uprooted in Shimla causing damages to houses and vehicles.

Further, the Deputy Commissioner of Shimla, Amit Kashyap informed ANI that over 200 people were evacuated from Chopal and Rohru areas of the district to safe places. The premises of Hatkoti temple also witnessed water-logging. 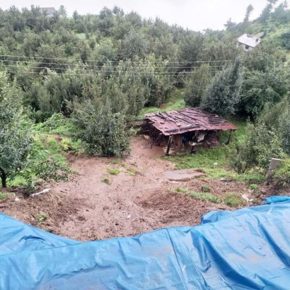 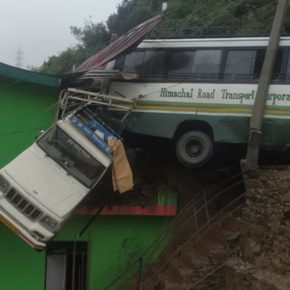 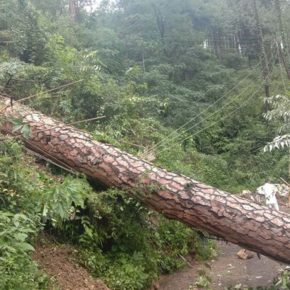 Further, the water level in dams like Bhakra, Pong and Pandoh, was reported to be close to the danger level. Like several other rivers and rivulets, the water level of River Beas was also reported to be above the danger level. The water released from the dams added to it. At some places, vehicles were seen being swept away in Beas. The Panchvaktra Temple was also submerged in the water partly. A part of the Manali-KulluNH went under the water near Dwara in Mandi, closing the road for traffic. Water-logging was reported at other places.

Following this widespread destruction, the district administrations of Shimla, Solan, Sirmaur, Kangra and Kullu have declared that all educational institutes including government, private and convent schools, colleges, universities, ITIs, Polytechnics and Anganwari Centres will remain closed on Monday.

Though the damage was yet to be assessed, it is said to be in hundreds of crores.

#Watch: A #landslide was recorded by some locals in Saluni of #Chamba district following heavy rain.#HimachalPradesh #Monsoon2019 pic.twitter.com/Os6HYEXKj3