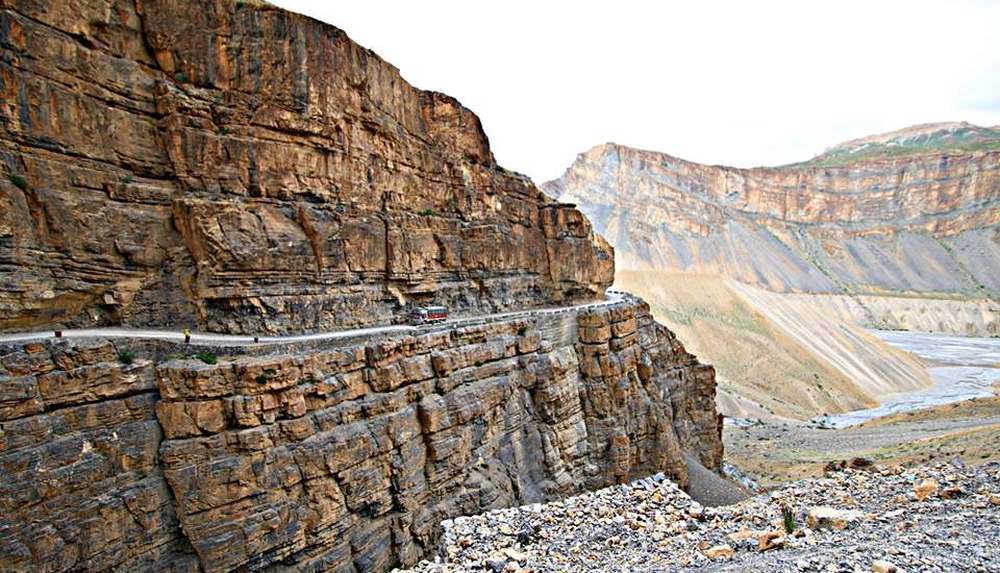 Lahaul-Spiti –All roads in Lahaul-Spiti including the link roads have been restored for traffic, informed the Himachal Pradesh Agriculture Minister Dr Ramlal Markanda on Wednesday. The connectivity to the district was lost as the National-Highway and link roads were closed due to heavy rain and snowfall. Over 300 tourists were standed at various places in the district. The stranded tourists were also rescued and brought to safe places, he informed.

The conditions are now normal in the district. However, the Minister has requested the tourists to not travel in small vehicles and prefer travelling in large vehicles to avoid inconvenience.

Markanda was on Tuesday airlifted to capital Shimla from tribal district Lahaul and Spiti. He said he availed the service of the helicopter in order to attend the ongoing monsoon season of the state assembly.

He informed that now the road connectivity from Kaza to Manali and Kaza to Reckong Peo has been restored. The Chatru to Gramphu road was also restored on Tuesday night.

The work of restoring the roads for traffic was underway from August 18 and it continued for over 50 hours before all roads could be restored. Now, Pagal Nala, Lidang, Atrangu, Lidang, Lingti, Shichling, Mane Dang, Nipati Nala, Sumdo on Kaza to Reckong Peo road have been restored.

All stranded tourists are now able to commute towards Shimla, and all stranded vehicles have also been moved.

Kaza to Manali road was restored on late Tuesday evening, informed the Minister. With the restoration of this road, stranded tourists had begun to move towards Manali, and most of them had reached Manali by Wednesday morning.

Cab services from Kaza to Manali have also been restored, he informed.

Further, the Minister said that a monitoring committee has been formed to assess the damages caused to crops due to rain and snowfall. The committee would be headed by ADM Jeevan Singh Negi, who will visit the panchayats where crops were damaged and assess the loss. Thereafter, a report would be submitted to the state government regarding the same, he said.

With the restoration of roads, the crop of peas from the district has also begun to reach the markets, said Markanda.