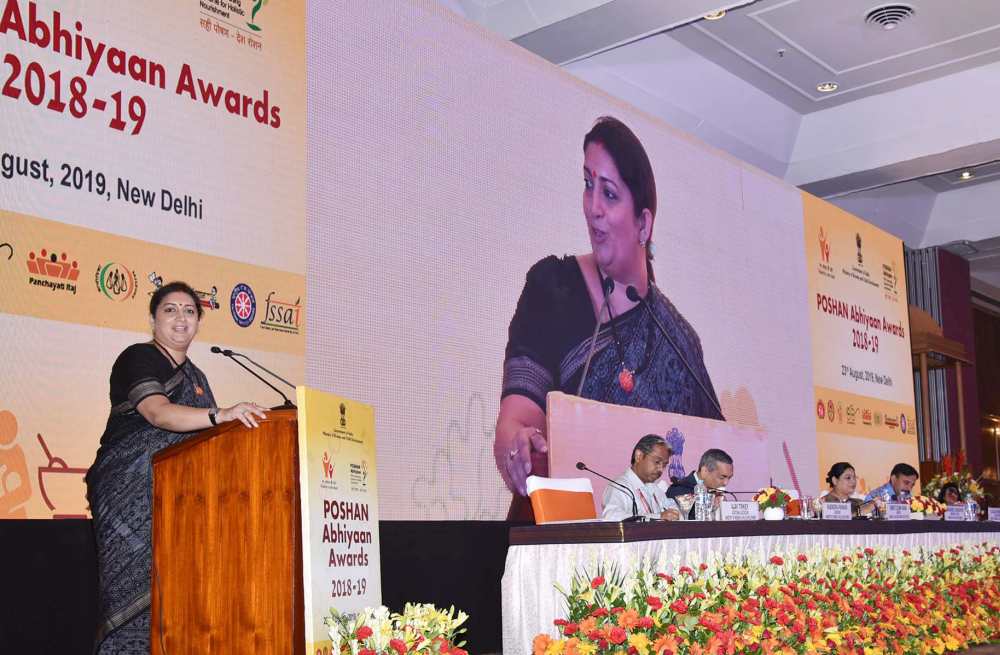 Shimla-Himachal Pradesh has won three national awards under the Poshan Abhiyan. These awards were given by Women and Child Development Minister Smriti Irani on Friday at a function in New Delhi to the States, Districts, Blocks and Anganwadi Workers for their contributions in scaling up the Poshan Abhiyaan.

Himachal Pradesh was selected for three national awards including convergence and community mobilization, ICDS-CAS and overall excellence in Poshan Abhiyan. The state has received total award money of Rs. 2.25 crore for these awards.

The convergence awards for best performance of Anganwari Kendras were given to Mandi and Kalpa in Kinnaur district. Shimla Urban Block has been conferred block-level leadership and convergence award in the state under the Poshan Abhiyan.

Solan district won the best district award in the state for Poshan Abhiyan which was received by the Deputy Commissioner K.C Chaman.

Chief Minister Jai Ram Thakur has congratulated the Department of Women and Child Development for winning three national awards for the state under Poshan Abhiyan.

Additional Chief Secretary, Social Justice and Empowerment, Nisha Singh, has also congratulated the entire team of the department for this achievement.

For exemplary services, 237 field functionaries comprising of Anganwadi Workers, Anganwadi Helpers, Lady Supervisors, Accredited Social Health Activist (ASHA) and Auxiliary Nurse and Midwives (ANM) were given a cash prize of Rs. 50,000 each, a certificate and a medal.

Total 363 POSHAN Abhiyaan Awards were given away with a total cash prize of Rs 22 crore. Twenty-two certificates of appreciation were also given to the line Ministries and Development Partners.

HP Govt Schools Lag Behind in Imparting IT Education, Put Future of Children at Stake