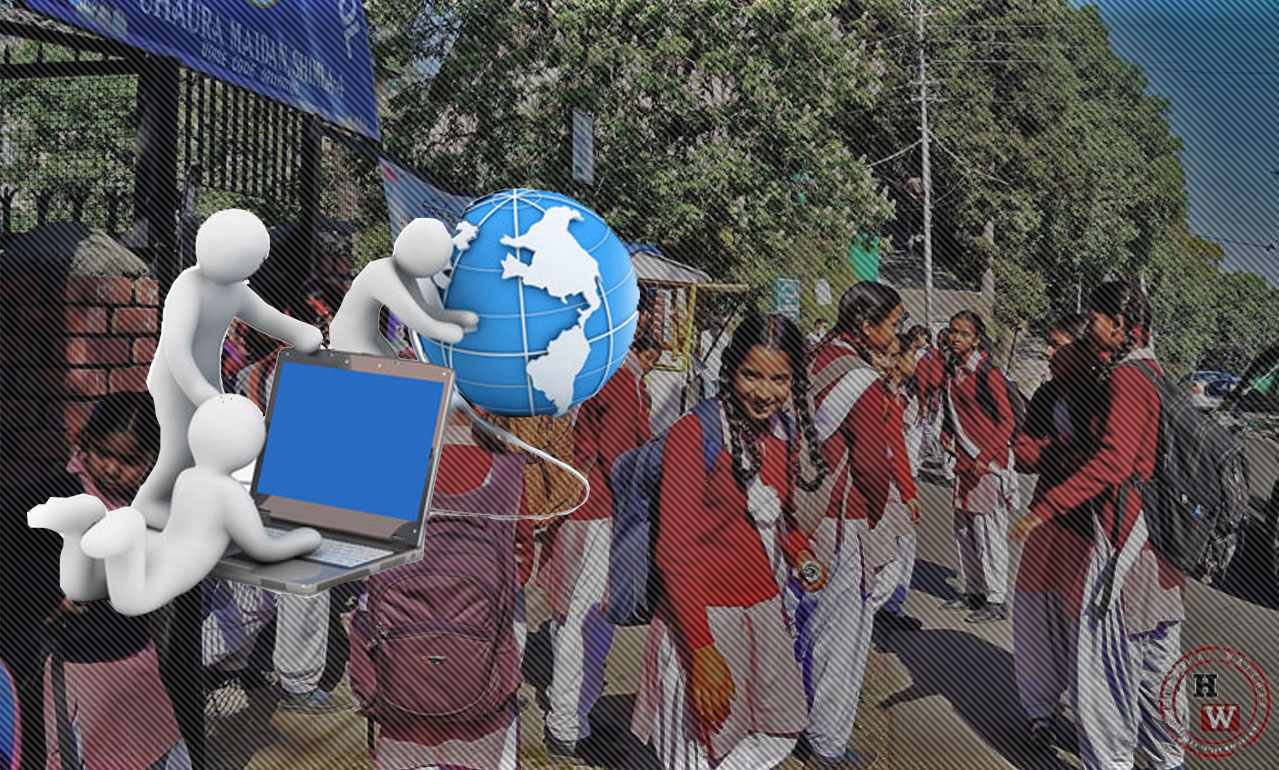 Shimla-The Himachal Pradesh Government schools are lagging behind in imparting IT Education to children in the 21st Century in which this knowledge has become a basic requirement. The Centre government boasts of Digital India initiative and the state government never misses an opportunity to mention that Vidhan Sabha has gone fully digital. At the same time, government schools are awaiting critical reforms to keep up with the modern world.

As per information provided by MLA, Sarkaghat Constituency, Colonel Inder Singh, in Vidhan Sabha, in state’s government schools, IT is taught as an optional subject only from class IX to Class XII, that too only in Senior Secondary Schools. The subject is not available in middle and high schools. The students who opt for IT as a subject are charged Rs. 110. Students falling under SC and BPL category are given exemption of 50 per cent, he informed.

The private schools running in the state do not follow any set pattern in terms of the class from which the students are introduced to IT and fee charged for it, he added. However, there is no doubt that every student enrolled in private schools do receive IT education irrespective of the level at which the subject is introduced.

As far as the neighbouring states are concerned, Inder Singh said, in the state of Haryana, IT education is taught as a compulsory subject from class VI to Class VIII and as an optional subject from Class IX to Class XII. No fee is charged from students upto class VIII. Thereafter, Rs 30 is charged during Class IX and X and Rs 35 during Class XI and XII, he informed.

In Chandigarh, IT education is a compulsory subject from Class VI to VIII and no fee is charged from the students for it.

The MLA pointed out that our education system has serious loopholes when it comes to imparting IT education to children in a government schools. The students are introduced to this subject in class IX, which is very late considering the need of the time. Also, this subject is not compulsory. Moreover, as the fee charged for opting IT as a subject is higher, students who find it unaffordable to pay this fee remain deprived of this necessary knowledge.

The future of such students who could not afford to study IT could be imagined in the current scenario. They would find it quite difficult to adjust in professional courses at the graduate or postgraduate level. Later, in terms of career opportunities, they would lag behind, the MLA said.

Inder Singh requested the government to consider making IT Education a compulsory subject from Class VI to Class VIII and provide at least two to three computers at middle and high schools along with computer teachers.

The leader of the opposition, Mukesh Agnihotri, also supported this argument and questioned the government over non-delivery of laptops promised to school students.

In response to this request, the Education Minister Suresh Bhardwaj said that the total number of government schools in the state is over 18,000. Considering a lack of sufficient resources, it is not feasible to provide computer labs in all schools, he said.