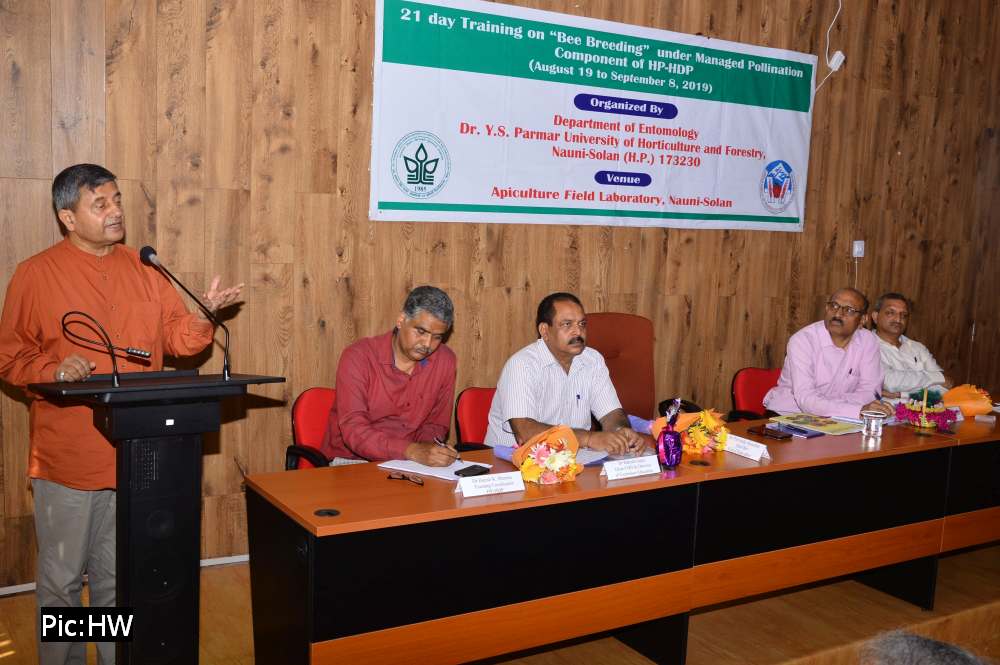 Solan-A 21-day training on bee breeding was organized by the Department of Entomology of Dr YS Parmar University of Horticulture and Forestry (UHF), Nauni, under the Managed Pollination Component of Himachal Pradesh Horticulture Development Project (HP-HDP).

Scientific beekeeping can substantially augment the production of various crops, but also supplement the farm income. Dr Parvinder Kaushal, Vice-Chancellor said during the valedictory function of the training. 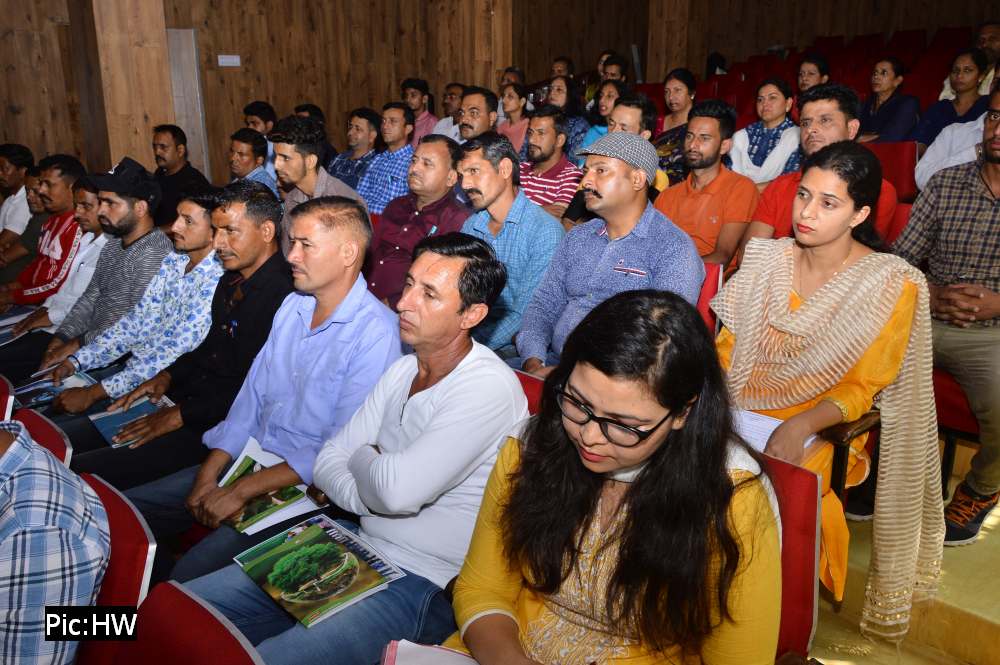 Use of such queens will result in healthy and strong colonies for higher honey production and improved pollination services. He stressed the need to use pollination agreement where responsibilities of beekeepers and farmers are fixed.

Dr Divender Gupta, Head Department of Entomology lauded the efforts of the apiculture section of the department in scientific bee breeding and other researchable issues in the field. He added that the work of the centre was also recognized by the ICAR which had the ranked the AICRP Centre as the Best Research Centre in the country.

Dr JN Sharma, Director of Research and nodal officer of the HP-HDP in the university called upon farmers and youngsters to become entrepreneurs in bee breeding. He added that the lack of pollinizer proportion and pollinators is one of the limiting factors for low apple productivity in the state. He expressed hope for the improvement of pollination services under this project. 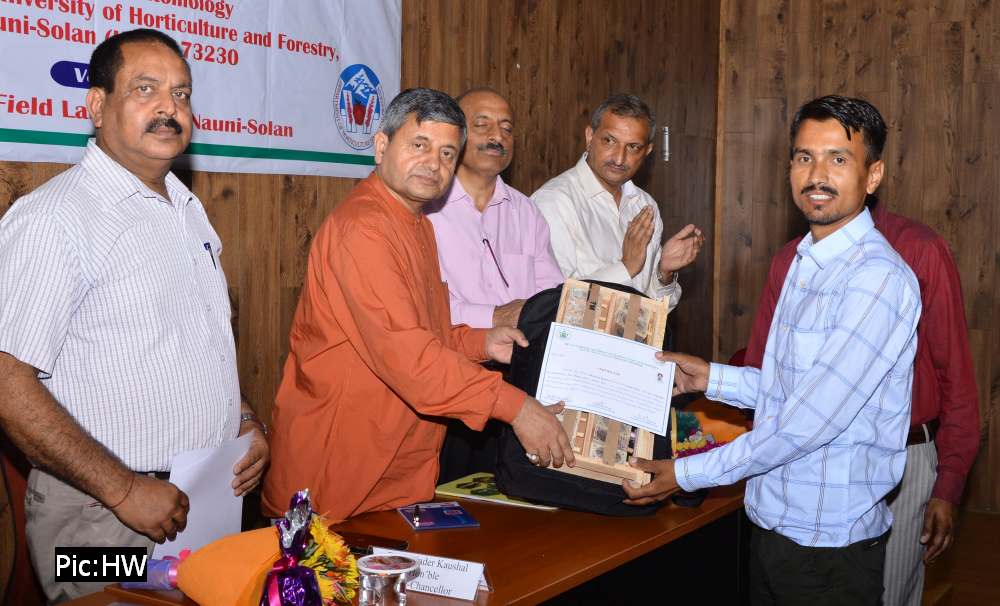 Addressing the gathering, Vice-Chancellor congratulated the participants and expressed hope that the bee breeders will ensure the supply of quality queens to beekeepers. He called upon beekeepers to become entrepreneurs and master trainers for popularizing scientific beekeeping and pollination services in the state.

Dr Kaushal was of the view that trained human resource in beekeeping should be available at every village. He added that as horticulture is a big contributor to the state’s economy, it is pertinent that the pollination services will improve the production and quality of the produce.

Dr Kaushal said that the promotion of beekeeping will ensure food sustainability and employment generation and stressed on the need to increase bee flora and honey production in the state and develop an international market for monofloral honey. He called upon scientists to impart skill development training in other related areas of horticulture like grafting and pruning.

During the training, 42 lectures covering various aspects of bee breeding and beekeeping were held for the participants. Besides 15 in-house experts, nine experts from various institutions also addressed the trainees.