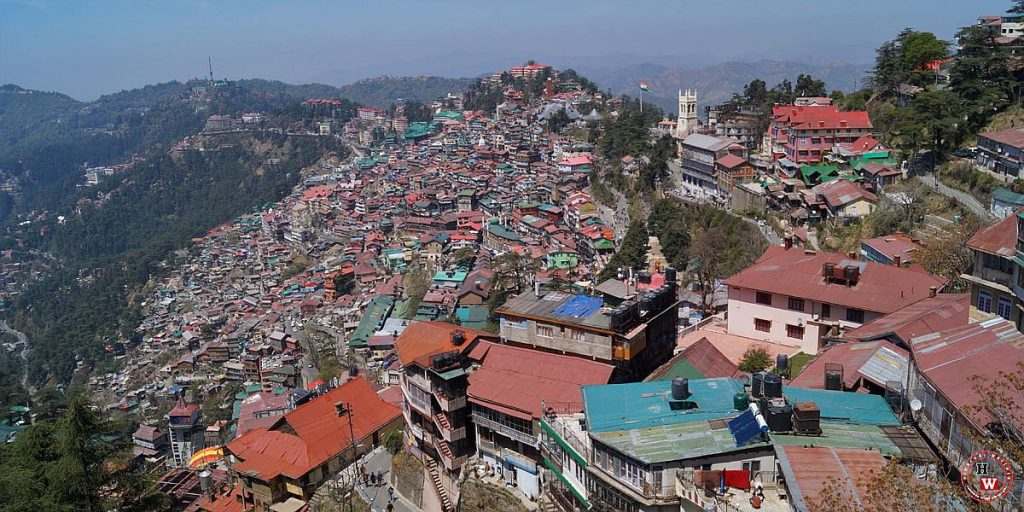 Shimla-The irregularities in the haphazard operation of Shimla Municipal Corporation’s door-to-door garbage collection facility and arbitrariness in fees charged for it are facing criticism not only from the residents but also from opposition parties.

On top of it, SMC is facing another threat – a possible strike of Shimla Environment, Heritage Conservation and Beautification (SEHB) Society over their demands. As per reports, SEHB Society is running in loss and bills of garbage collection fee worth six crores are still pending with government offices, hospitals, educational institutes etc. The workers of the society are demanding hiked salary with arrears since April month of this year.

They yesterday met the MC Commissioner and gave him a deadline of seven days to fulfil their demands. Otherwise, the Society said, it will go on a strike from September 6. If the workers went on a strike, the entire garbage collection service would be stalled.

On Tuesday, the Communist Party of India (Marxist) condemned the irregularities in the functioning of garbage collection facility and hike in fees for it. The way SMC is trying to extort higher fees for this facility, it appears that the Corporation is only concerned about its fee and not about the betterment of services, said Sanjay Chauhan, former Mayor of Shimla and District Secretary of the party.

He said this fee can be levied only on those houses where the corporation has provided garbage collection facility. Therefore, it is neither logical nor justified to charge fees from the houses which are not given this facility, he said. The residents of the town are already paying taxes for drinking water supply, sanitation, street lights, roads, parks etc.

The sanitation services of the SMC are in tatters. The corporation isn’t able to collect and transport daily garbage timely, and heaps of garbage could be seen in several parts of the city for days, he said.

Some of BJP’s own councillors have raised questions over the poor condition of sanitation services. Further, Chauhan said that in some area of the MC Wards, garbage is not removed and transported for months. The functioning of the SMC can be assessed from the fact that it has not been able to collect fees form several Wards, including those falling in the markets, for several months and for over a year in some cases.

He said the public is facing the brunt of this failure on the part of the Corporation. He further added that the waste treatment plant, which was supposed to treat waste and generate electricity, is still not operational.

Now, the SMC has announced that bills of garbage collection fee would be paid online. On the other hand, the Corporation had made payment of water bills online in 2016 but the residents have not been given bills since last one and half year. In cases where the bills were given, the charges are not levied on the basis of meter reading. Rather, the citizens were handed over hefty bills in an arbitrary manner, which has put an additional financial burden on the residents., Chauhan said.

He alleged that the main reason for such irregularities and arbitrariness is the privatization of water supply to the city. With the privatization of water supply services, the Corporation has started to privatize other services too. Under the pressure from the state government, the MC has also decided to make an annual hike of 10 percent in garbage collection fees, which is against the interests of the residents. Moreover, the MC is planning to hike the property tax too.

There are no signs of betterment in the services offered by the Corporation but the charges for these services are being hiked. CPI(M) has condemned putting financial burdens on residents without ensuring the proper delivery of services. CPI(M) has asked the government to withdraw such anti-people policies. Otherwise, the party warned, a mass movement would be launched against the government.

Stray Cattle Menace in Himachal: Man Dies After Being Attacked by a Bull in Bilaspur