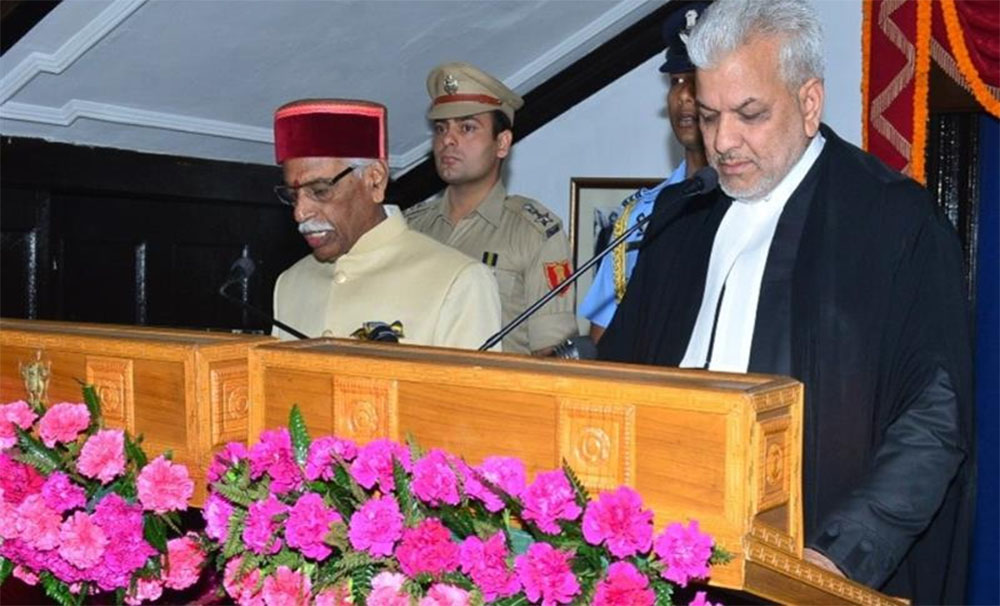 Justice Dharam Chand Chaudhary, Judge of HP High Court, administered the oath of office and secrecy to him. Chief Minister Jai Ram Thakur and Lady Governor Vasantha were also present on the occasion.

Mr Dattatreya, 72, was born in Hyderabad.  He remained the minister of state for labour and employment in the BJP government headed by Narendra Modi in 2014. Prior to it, he was also part of the Atal Bihari Vajpayee cabinet.

He was dropped from a Cabinet post by Narendra Modi in September 2017. He was also Denied a seat from Secunderabad Lok Sabha constituency in 2019. However, his loyalty towards the RSS and the BJP, extending over half-a-century finally did get him an honourable position as the new Governor of Himachal Pradesh.

“I consider it my privilege to have a chance to work as a Governor in this Himalayan state close to the nature”,

said the Governor while interacting with the media and added that nature has given immense beauty to Himachal and this state discussed in south India as well, especially for it natural grandeur and clean environment.

Bandaru Dattatraya said that he had a vast experience of public service as a politician and now he has to discharge the responsibility of the constitutional post. As a Governor, he could only help in accelerating the pace of development of the state. He would also like to contribute in taking the benefit of the welfare schemes being implemented by the government to the targeted beneficiaries so that they get the real benefits out of these schemes and programmes. He said that it would be his endeavour to take forward the pace of development in coordination with both the government and the Opposition.

He said that he would also like to work on some important issues, including tourism development, quality education and awareness against drug addiction in the state. He added that it was important to preserve nature by maintaining greenery, forests and rivers. He said that the literacy rate of Himachal was very high, probably second in the country after Kerala but he would like to add that education needs to be linked to employment.

“It will be my endeavour to move towards qualitative education in higher educational institutions. Attention should also be paid to qualitative as well as moral values”,

The Governor said that he had always been a person belonging to the poor, neglected, working and peasant class. It would be my endeavour that all the programmes and schemes of the government were implemented in the right direction, said the Governor.

The Governor was also given a Guard of Honour on the occasion. Chief Secretary Dr Shrikant Baldi read out the warrant of appointment. Secretary to the Governor Rakesh Kanwar obtained the signature of the Governor on the charge certificate.