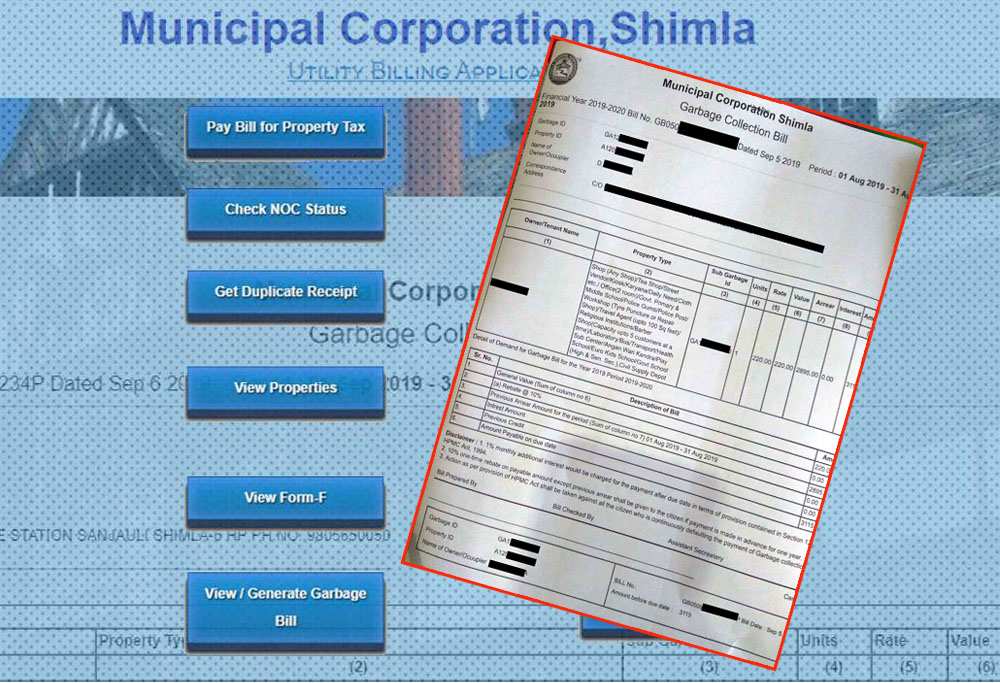 Shimla-Online garbage bill generation and payment service of Shimla Municipal Corporation, which was launched last week, is giving nightmares to the public instead of facilitating them.

A large number of people received erroneous bills for door-to-door garbage service. The people reached the SMC office in large numbers on Wednesday with their bills seeking explanations from the Corporation. This resulted in arguments between the residents and the staff and created a ruckus at the office.

Then there are cases where the monthly bill for the period of August 1 -August 31 for a shop is over Rs 3000. The shop owners had been paying their bills regularly but despite that arrears worth thousands of rupees were added to their monthly bills. These residents approached the MC office with receipts of the previous bills. 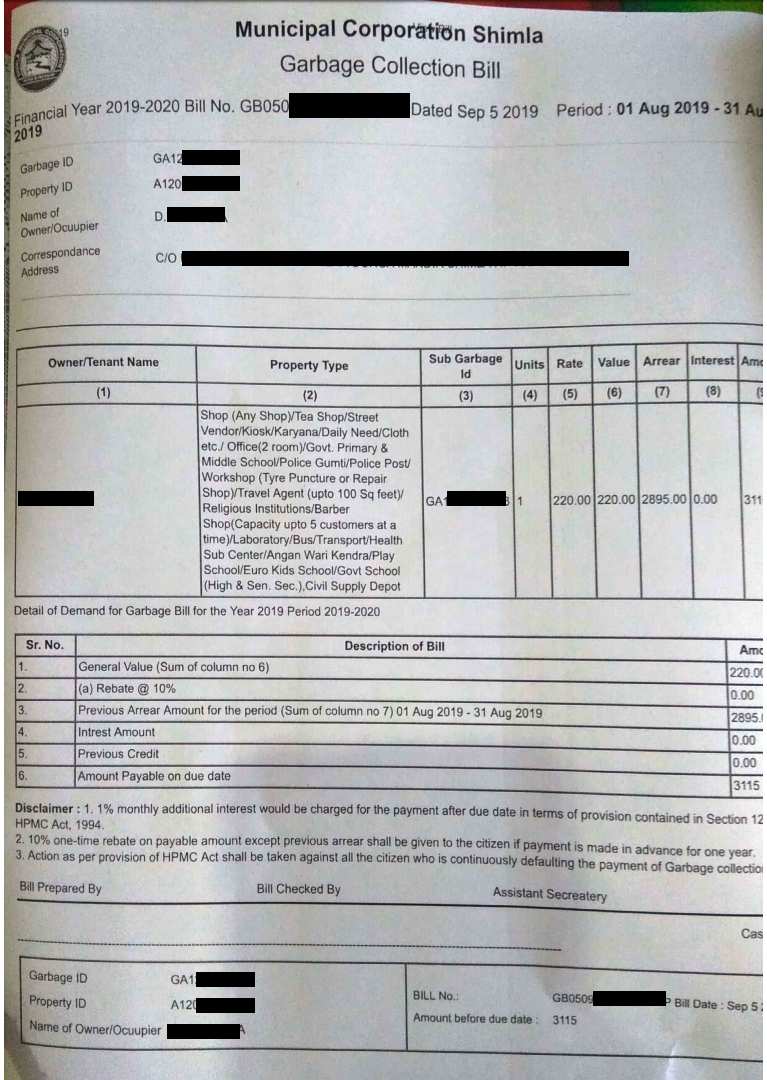 Rs 3100 bill for one month issued to a shop owner, who had no pending dues

The online facility was supposed to enable residents to generate their bills for garbage collection and pay them from home without the need to physically visit the payment counters or SMC office. However, now people are compelled to stand in lines entire day to get their bills rectified.

The Commissioner accepted that the wrong bills were being generated due to errors in data fed by the supervisors. He assured that erroneous bills would be rectified and additional five counters would be provided for this purpose from Thursday.

He said that people need not to panic as they have one more month to pay their bills and no penalties would be levied.

The residents were of the opinion that considering the inconvenience the new online service is causing, they would prefer the old system of paying bills.

Along with the public, Ward Councillors are also in unrest due to SMC’s hefty water bills being issued to the residents in their respective wards. They said the public is in distress due to arbitrary billing. They also demanded that water bills should be issued every month.

As a Step Towards Online Land Records Registration in Himachal, NGDR System Launched for Shimla(U) and Kumarsain on Pilot Basis