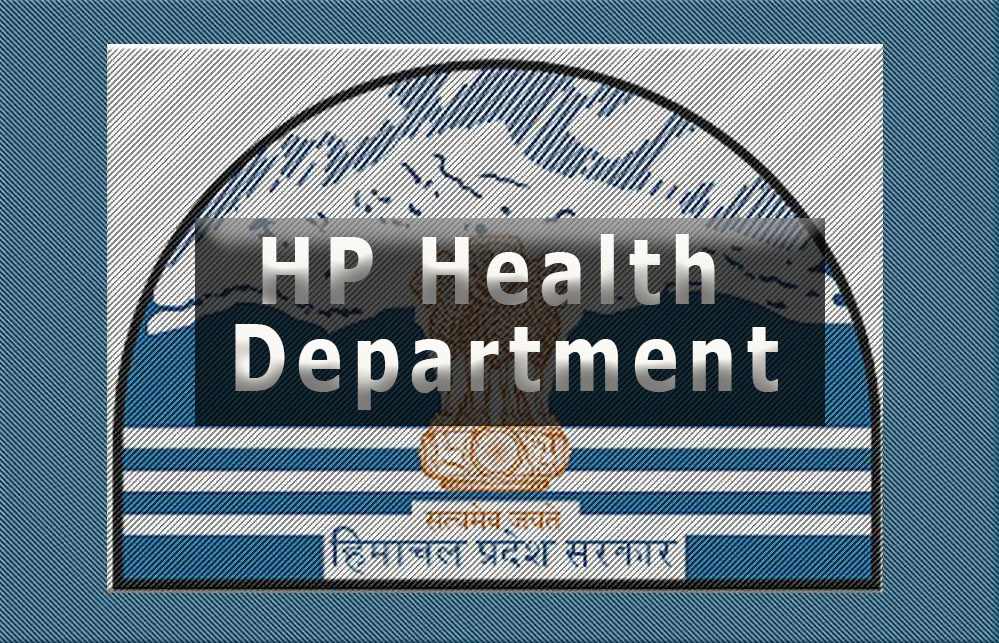 Shimla-The viral letter alleging corruption in Himachal Pradesh Health Department, which created ripples in the political sphere and caused embarrassment to Bhartiya Janata Party, has compelled the state government to come out with an official clarification. Regional media and Hindi dailies are calling this letter “the Patra Bomb” as it appeared right before the by-polls to the legislative assembly on Dharamshala and Pachhad seats.

Today, a spokesperson of the HP government said that the news reports appearing in a section of media and social media regarding irregularities in purchase of medicines are totally baseless.  Health Department has termed these allegations as unnecessary rumours being spread to mislead the people.

The spokesperson said it is wrong to say that any person has been given supply orders amounting to Rs. 35 crores as the government has enlisted 42 firms for this purpose, and it is not possible to give supply orders to any individual.

About two weeks ago, an anonymous letter addressed to Shanta Kumar, former Chief Minister, went viral on social media. The letter named the Health Minister Vipin Parmar, CM Jairam Thakur, and Industries Minister Bikram Thakur, alleging them of facilitating the supply of low-quality medicines worth Rs 35 crores. The letter had alleged that these ministers and others in power compelled the Health Department to buy these medicines from a specific supplier at a higher cost.

The case became more interesting when a senior leader of BJP and former minister, Ravinder Ravi, was named as the main person behind creating and circulating this letter. The police had questioned Ravi multiple times and had confiscated his mobile phone. A case under section 505 of the IPC (spreading misinformation) and 506 (criminal intimidation) was also registered against him. Though police did not make any comment regarding the progress in the case, the appearance of the name of BJP’s own leader in the case brought infighting withing the party into the limelight. Ravinder is believed to be a close aid of former CM Prem Kumar Dhumal. BJP has two factions currently – one supporting Dhumal and another supporting CM Jairam Thakur. The infighting intensified after this letter.

While BJP tried not to comment on the viral letter, Congress grabbed the opportunity and sought fair probe into the allegations labelled in the letter instead of taking action against those who wrote and circulated it. Congress had also alleged that BJP is trying to cover up the case by directing investigation towards those who labelled these allegations of corruption against the government.

Under immense pressure, today the government ultimately had to issue an official clarification rejecting the allegations.

In the clarification, the government further rejected the reports regarding the purchase of medicines by a Doctor in Mandi at a high rate of Rs. 16 (instead of Rs. 2). The government said no such instance has come to the notice of the department. Similarly, the claim of allotting a medicine shop at Palampur is also false and baseless since this shop was allotted to Civil Supplies Corporation in 1997 and the pharmacists are also appointed by the Corporation, the government clarified.

Regarding the purchases of equipment by the Ayurveda Department at higher rates is concerned, the then Director has been charge-sheeted for misconduct and causing loss to the State exchequer to the extent of Rs. 39 lakh. Simultaneously, three members of Purchase Committee were placed under suspension and are also being charge-sheeted for negligence and causing loss to the State, the government said.

The spokesperson said that the e-tendering has been started in Himachal to ensure complete transparency in procurement of all types of medicines/drugs, surgical items and consumables in the health department. He said before the year 2018, the medicines and surgical items used to be procured as per the rate contract finalized by the Himachal Pradesh State Civil Supplies Corporation Ltd.

However, now after introducing e-tendering in August 2018, medicines and medical equipment for all the government health institutions including medical colleges of the state are being purchased by the department itself, he said.

He said that e-tenders for the supply of medicines, drugs and consumables to the state health institutions were invited by the health department for the first time in August 2018 and the bids were invited from the manufactures/direct importers in which 118 firms participated and 73 qualified. All supply orders are being issued through Drugs Vaccine Distribution Management System (DVDMS) portal to the successful bidders by generating code of the successful bidder being operated at the level of CMOs/BMOs and Medical Superintendents.

The Spokesperson said that efforts have been made to bring maximum drugs on rate contract and the medicines not available on the state rate contract are being procured from the Central Public Sector Undertakings (CPSUs), rate contract of medical colleges, ESI rate contract, Bureau of Pharma PSU of India (BPPI) rates (Jan Aushadhi) and also by calling local tenders. He said that all the CMOs and Medical Superintendents have also been permitted for making procurement subject to certain conditions.

He said that purchase order amounting to around 44 crores has been made by the indenting officers (CMOs, BMOs Medical Superintendents) including about Rs. 8.30 crores for district Mandi during the year 2019 on the rates approved by the government of Himachal Pradesh. He said that the branded drugs cannot be purchased by any indenting officer since all drugs available on rate contract are generic. However, if anyone was found purchasing branded drugs from outside or out of the rate contract on a specified ladder, stringent action will be taken against him as it leads to misconduct and loss to the state exchequer.

He said that the health department is ensuring complete transparency in the purchase of medicines and equipment but if any person has solid proof regarding any irregularity, he should come forward to bring it to the notice of the government and the department will conduct an appropriate enquiry in any case of irregularity.