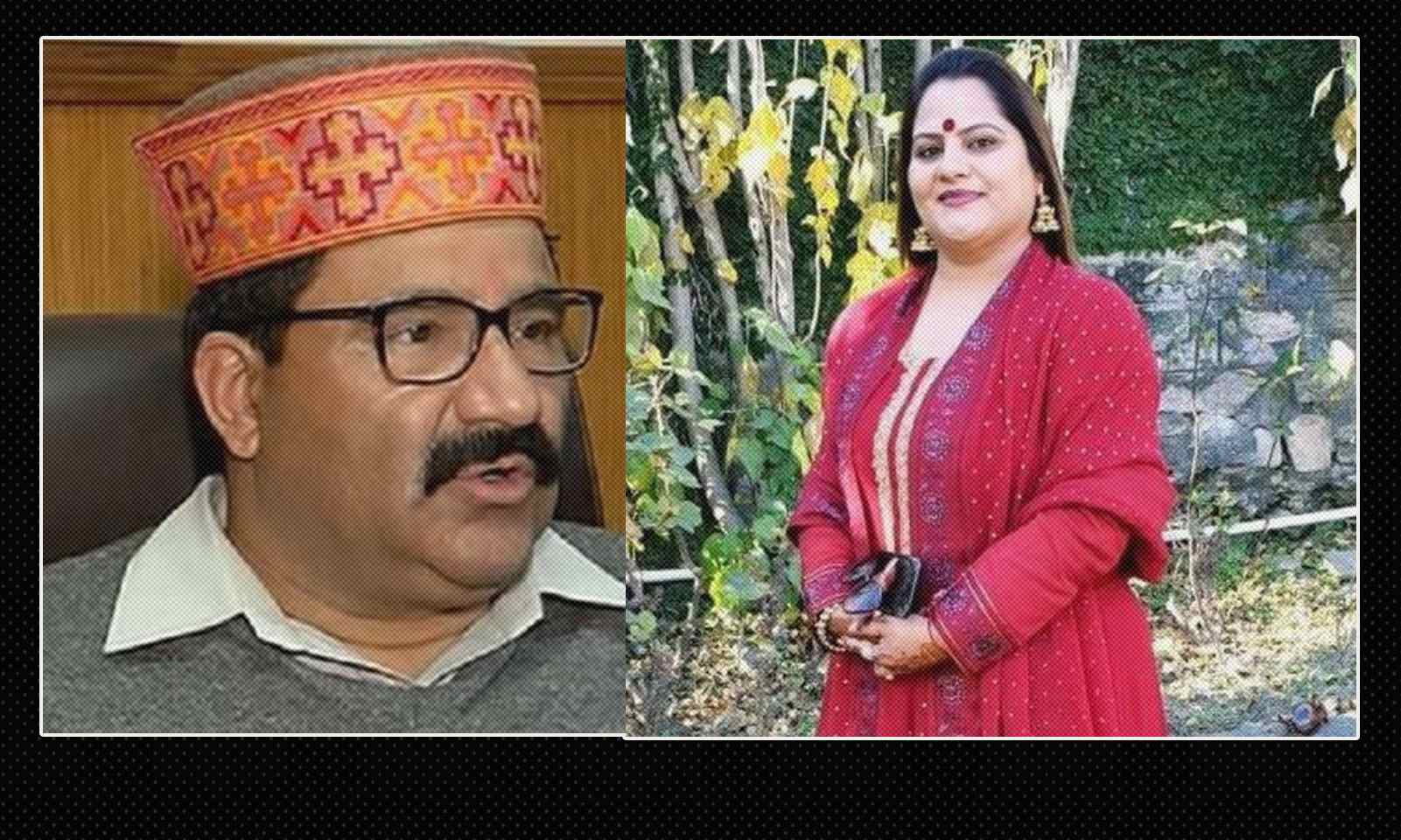 Shimla- The alleged misuse of a government vehicle by the wife of the Transport Minister of Himachal Pradesh Govind Thakur has become a topic of debate in the state.

Political leaders, as well as, the public is raising the issue and asking as to why the wife of Govind Thakur was using government vehicle to go to a beauty parlour and for shopping in Chandigarh.

Targeting Centre government’s promotion of cashless India, questions are also being raised as to why she was carrying cash worth Rs 2.5 lakh. It was also alleged case has belied the promises of the ruling BJP to end the VIP culture.

The matter came into limelight after Rajani Thakur, wife of the HP Transport Minister, filed an FIR complaining that a thieve stole a bag containing Rs 2.5 lakh cash and valuable jewellery from her car in Chandigarh on October 7, 2019. In her complaint, she said that she was inside a saloon in Sector 8 while the car (HP 66 0001) was parked outside for about five hours. The driver was waiting for her return.

Meanwhile, a man approached the driver and told him that some money is lying outside the vehicle and that he had probably dropped it. When the driver got out of the car to collect the money, the man opened the other door of the car and made off with a bag and jewellery.

An FIR was filed at the police station in Sector 3 under Section 379 (theft) of the Indian Penal Code (IPC). The police had obtained CCTV footage and was investigating the case.

Meanwhile, it came into light that the car number given in the complaint was registered in the name of Managing Director, HRTC. The Minister’s wife was in Chandigarh for two days, media reports said.

Questions are being raised as to why the wife of the Minister was allowed to use a government vehicle – a newly bought Innova CRYSTA – for the purpose of touring Chandigarh for her private business.

HRTC is running in loss and the state government is under huge debt but still, the Minister of the ruling government is allegedly misusing public money.

RTI activist Devashish Bhattacharya posted the Registration Certificate of the vehicle and asked under what provision the MD, Himachal Road Transport Corporation (HRTC), let the Minister’s wife use the vehicle for personal use.

The Minister of opposition, Mukesh Agnihotri, on October 9 took a jibe at PM Modi’s cashless India campaign. He said while Modi is asking the people to go cashless and use credit/debit cards for payment, the families of his party leaders were carrying cash.

Congress MLA from Dalhousie, Asha Kumari, also opened a front against the state government and questioned as to why a government vehicle was standing outside a beauty parlour in Chandigarh. She also questioned whether entries were made in the log-book regarding the use of this vehicle or not. She demanded an inquiry into the case.

Congress MLA from Una, Satpal Raijada, targeted the current BJP government over misuse of the government machinery. He demanded a clarification from the government regarding the purpose of allowing a government vehicle for personal use by the wife of a minister in the ruling government. He also demanded an inquiry into the matter.

So far, no clarification was given by either the Transport Minister or the HRTC.