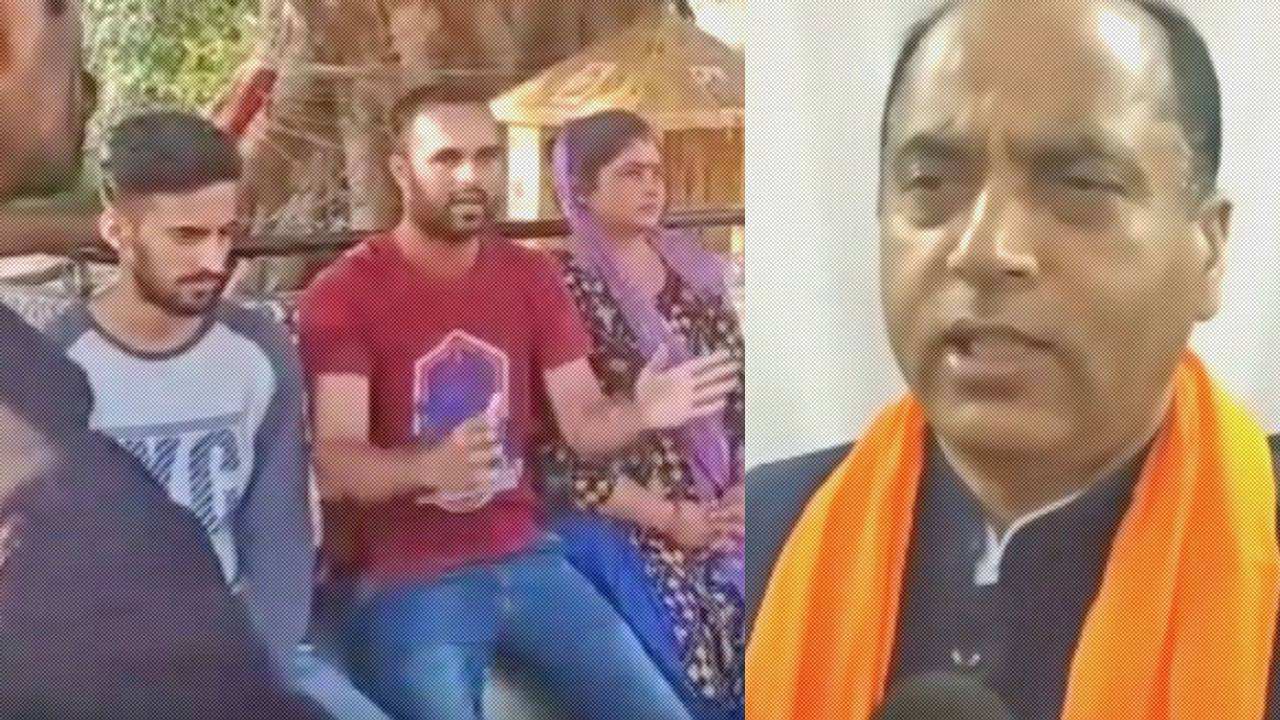 Sirmaur- A video showing some youth alleging Suresh Kashyap, a Bharatiya Janata Party leader, Member of Parliament, and ex-MLA of Pachhad Vidhan Sabha Constituency, of offering Rs 5000 in return of their vote has created a stir in the already charged political atmosphere ahead of the by-elections.

About a dozen persons including women could be seen in the video that is going viral. One of the youths named Kashyap and alleged he is trying to buy votes. The youth also claimed that others visible in the video were also present when he offered money.

Another youth also admitted that money was allegedly offered to voters. These youth can be heard criticising the BJP MP, terming it an undemocratic mean to fetch votes. The youth said they want development in their constituency and would vote for only the candidate who would ensure it.

The youth talked about the poor condition of roads and other problems in their constituencies.

The identity of the people visible in the video and place of recording was yet to be identified by the officials of the election commission or media.

In response to the video and allegation of cash for vote in Pachhad, Chief Minister Jairam Thakur said that he had not watched any such video and came to know about it only through media. He rejected the allegations and said circulation of such videos is quite common during elections.

He said the electoral officer of the Pachhad constituency, SDM, Rajgarh, Naresh Kumar, has been given orders to investigate the allegations.

He said that BJP is in power at Centre and State, therefore, it neither requires nor believes in such means to lure voters.

MP Suresh Kashyap also rejected the allegations saying that Congress had been trying to create controversy since the beginning of its political campaign. Congress had been alleging BJP of supplying trucks of pipes, gas cylinders, distributing cash for votes etc., which are baseless, Kashyap said.

A couple of days ago, Congress had alleged that Cabinet Minister Vipin Parmar was holding a meeting with government officials at the circuit house at Dharamshala in violating of Model Code of Conduct (MCC). Congress had also alleged that money was being distributed to lure voters in Dharamshala constituency. Congress workers had shouted slogans outside the circuit house, a video of which was circulating on social media.

Earlier, the Speaker of the HP Vidhan Sabha had also received notice from the Election Commission, seeking his clarification on allegation of campaigning for BJP in violation of MCC.

The contest in the Pachhad constituency became tougher for BJP as one of its leaders, Dayal Payari, rebelled against the party and filed her nomination to contest against BJP’s official candidate Reena Kashyap as an independent candidate. While BJP was successful in convincing another rebel, Ashish Sikta, to withdraw his nomination as an independent candidate, it could not convince Dayal Payari. Congress is expecting that this rebel candidate would divide the BJP’s vote bank and benefit its candidate Gangu Ram Musafir.