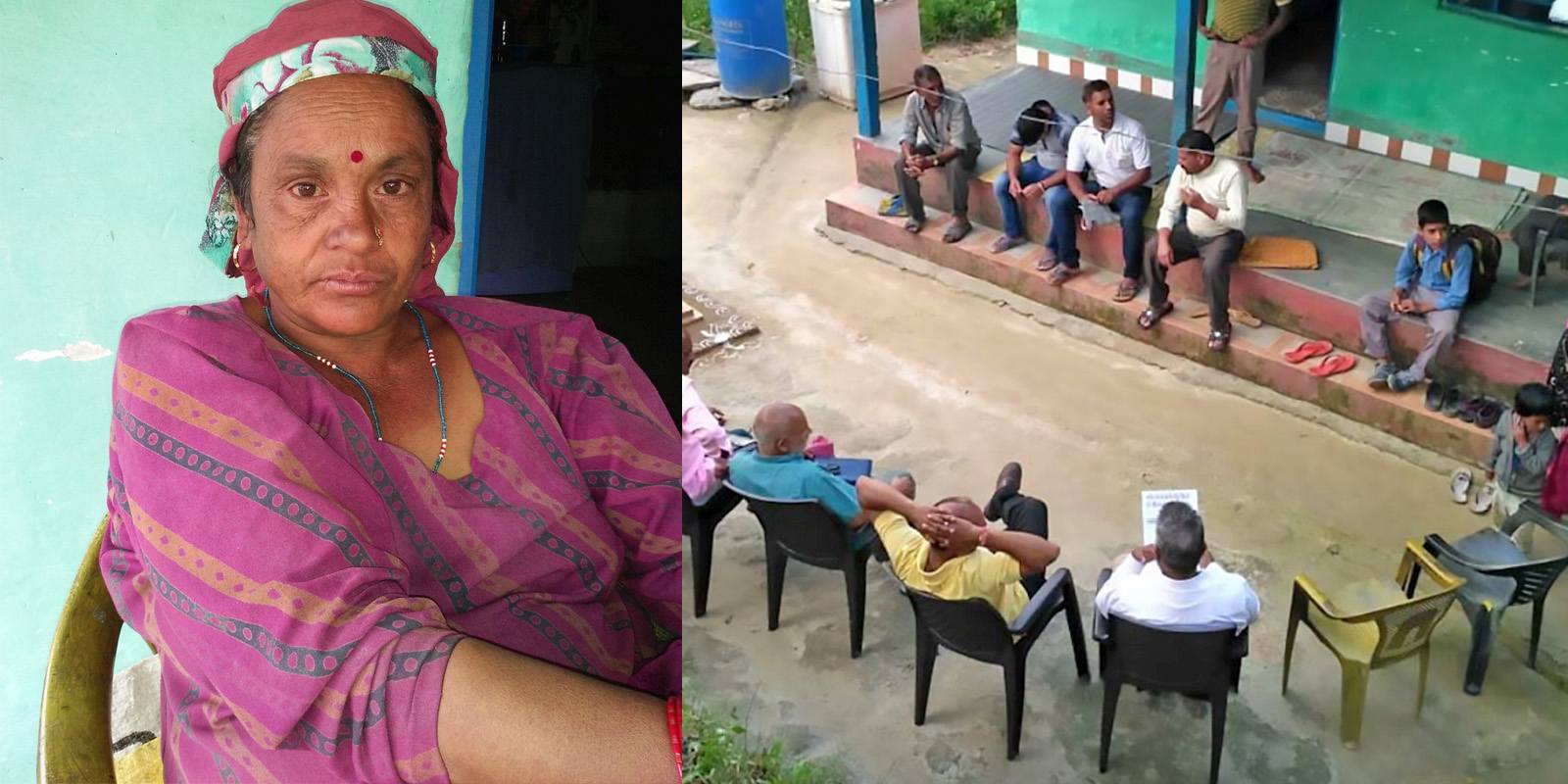 Mandi-The Forest Department, Himachal Pradesh, has been alleged of grave apathy and discrimination due to which an elderly lady died of a heart attack in Mandi district in July. It was alleged in the report of a fact-finding committee that was submitted to the Deputy Commissioner, Mandi, Rugved Milind Thakur on October 15, 2019. Not only the district administration, but the state government has also been alleged of showing apathy toward the victim and selective targeting of marginalized communities such as women, landless, Scheduled Caste, Pastoral and other marginalized communities while evictions from forest lands.

The committee comprised of public representatives and civil society groups, who were investigating the case of the deceased lady. 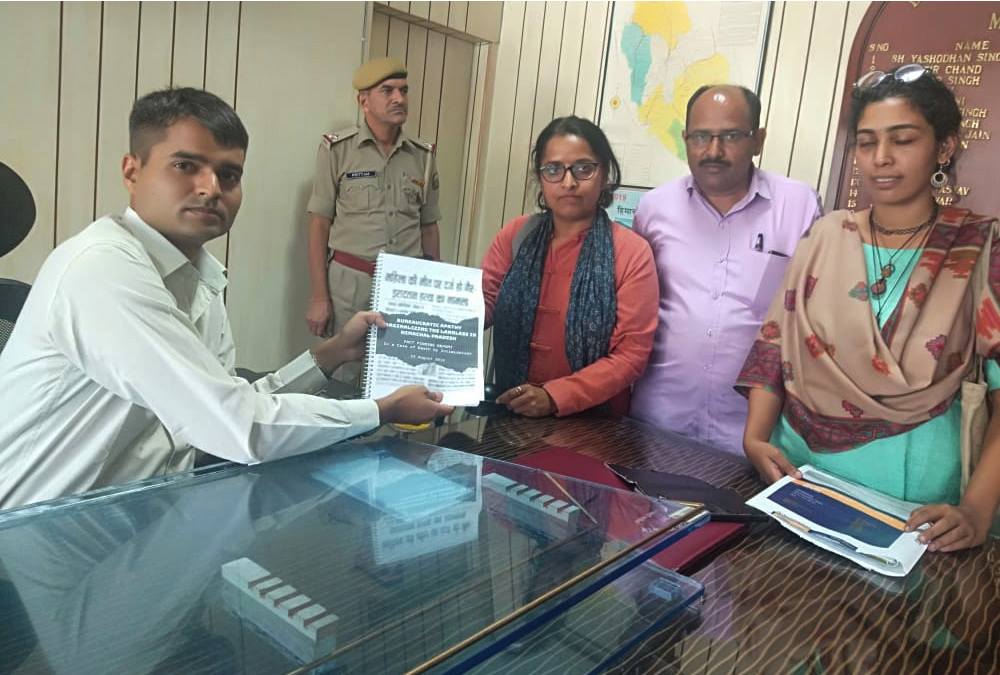 As per the report submitted to the DC, on July 26, 52 year old healthy and active Dama Devi, a resident of Village Daangel (Tehsil Chachyot) in Mandi District, died of a sudden heart attack when six officials of the Forest Department, without issuing any prior notice, arrived on the land she had been cultivating for generations and intimidatingly started questioning her about her “occupation” on forest land.

After the complaints filed by the family of Dama Devi, the Police Station, Gohar, finally registered the FIR under section 3(1)(6) of Scheduled Castes and Scheduled Tribes (Prevention of Atrocities) Act. The investigation in the matter is still under process. An independent 10-member fact-finding team comprising of public representatives, social activists and civil society groups visited the place of incident and after interaction with the local villagers and the affected family members, assessed the facts behind the matter. The team, on October 15, met the DC, Mandi, submitting their detailed fact-finding report.

The fact-finding team, upon investigation, found that Dama Devi belonging to Scheduled Caste Community, hailed from a very poor family who only had a land size of three Biswas under their legal ownership. The family thus to sustain basic livelihood needs had been dependent upon 1-2 bighas of forest land under their occupation which they had been cultivating since many generations. Adjacent to this land, few families of the village also had occupied a small piece of forest land over which they had constructed a temple. The two parties have had a land-related dispute going on for a few years, the report said.

Few villagers who were present at the time of incident mentioned that Dama was following her usual routine of fetching water from the water spring (baavdi) July 26, 2019, when she was called out to her land, in a loud and rude tone, by the officials of forest department. The six officials thereafter started shaming her in front of a gathering of villagers and questioning her intimidatingly, pressured her with accusations and threats of eviction from forest land under her occupation.

Having never seen so many officials together, Dama Devi, nervous and traumatized by the sudden intimidation and threats, continued responding in tears pleading about her family’s dependence on this land for sustenance. But when the Forest officials did not stop with their intimidation tactics, Dama Devi suddenly collapsed, falling unconsciously on the ground.

“It is most shocking that after Dama Devi collapsed the officials from Forest Department, instead of providing her with any assistance in accessing medical support, just left the spot”

By the time, Dama Devi’s son Desh raj reached the spot and took his mother somehow to hospital, she was already dead due to cardiac arrest.

As per Desh raj, he had approached the police Station Mandi on the evening of July 26 to file an FIR against the six forest department officials but his complaint was registered as an FIR only on August 28. Even after that, the Police Department has been laggard and apathetic in their conduct and investigation, the fact-finding team reported. It’s saddening that both the State government and the Administration have been silent on the whole issue. The Fact-finding team stressed,

“This is clearly a case of death due to the pressure of forced and illegal eviction from forest land.”

The fact-finding report also revealed that this was a case of selective targeting whereas there were other such “occupations” in the village and in fact across the state where no action is being taken.

Adding further, the fact-finding team emphasized that the death of Dama Devi is not the first case but the State in past few years has seen a rapid rise in similar cases of forced eviction from forest land.

It’s pertinent to note that lakhs of families in Himachal Pradesh have been dependent and holding occupations over forest land for agriculture and habitation. Most of these occupations are many decades old and of less than 10 bighas but have not been regularised or given legal titles. The distressing fact is that the worst victims of the violence of eviction are the people from the most marginalized communities such as women, landless, Scheduled Caste, Pastoral and other marginalized communities, the report stated.

Though, the central government in 2006 enacted Forest Rights Act (FRA) to secure such forest-dependent communities and to give their occupations on forest land legal recognition, the implementation of this historic legislation has been extremely laggard and depressing. Most importantly, FRA under section 4(5) clearly lays out that till the process of verification and recognition of forest rights is not completed, no person can be evicted from the forest land under their occupation. But the state government has neither been able to provide awareness or training on the legislation nor has it succeeded in building faith about FRA amongst the common masses.

The report noted that noteworthy in this regard is the case of District Mandi which stands further ahead in case of gross violation of forest rights as here the District Administration, in the year 2014, instead of conducting any training, had made the Forest Rights Committees issue affidavits saying ‘nil claims’ received in context of forest rights. The forest dependent public of Mandi has since then been demonstrating against such grave violations and echoing the demand for declaring these ‘nil claims’ null and void.

Lakhs of families resembling Dama Devi, who have been historically dependent upon forest land for fulfilling their bonafide livelihood needs, are eligible to file forest rights claims under FRA. But if the state government and the administration continue with their apathy in recognizing the forest rights of these communities then many more such poor and marginalized families will continue to suffer a similar fate as Dama Devi and drown further down in the pits of marginalization.

In regard to this case, the fact-finding team has submitted a 10-point demand charter along with the report. Few major demands include:

The fact-finding team will also be submitting the report to various other departments, State Government and Central Authorities like the National Human Rights Commission, Scheduled Caste commission, Ministry of Tribal Affairs etc. 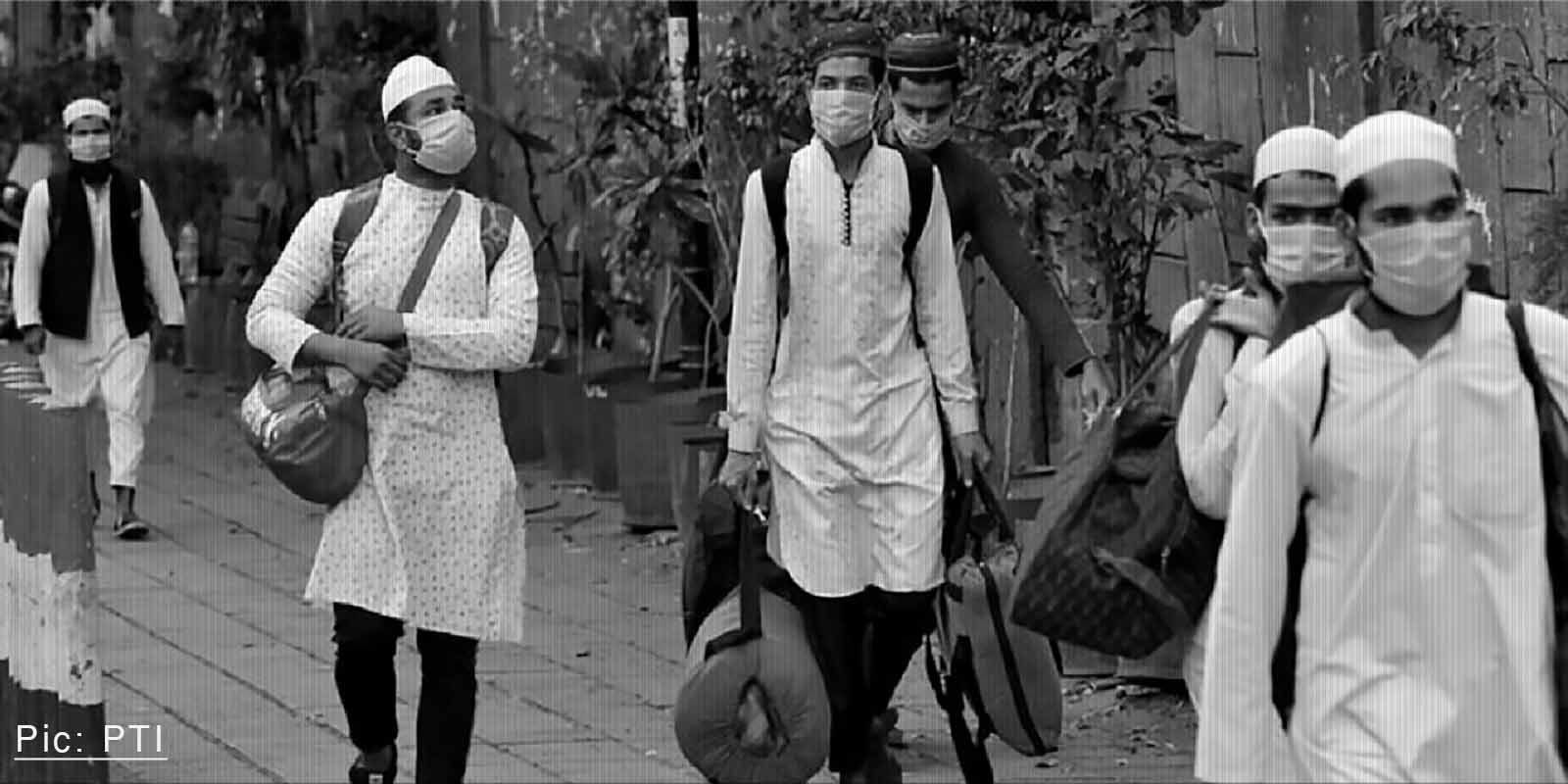