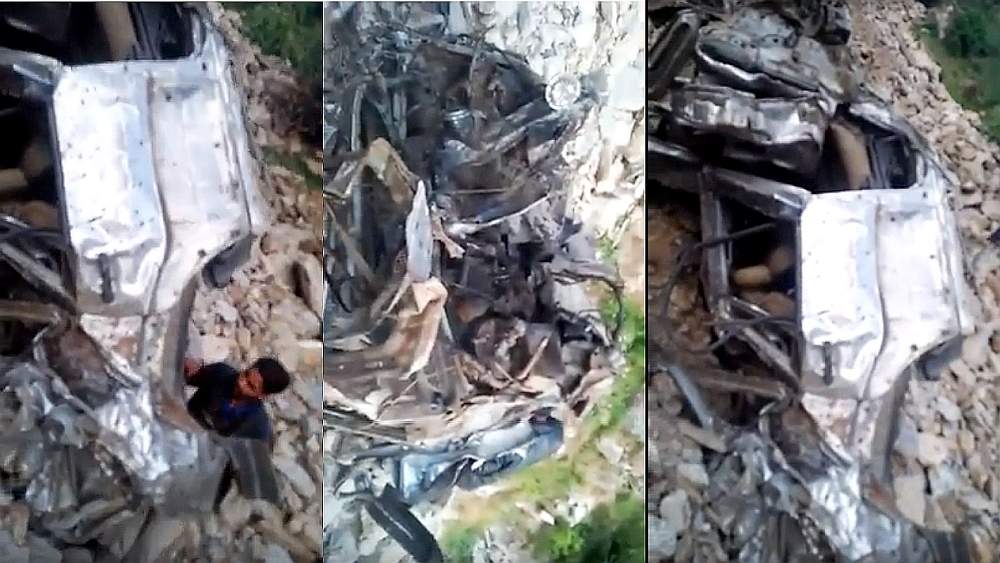 Kullu– In Nirmand area of Kullu district, a Scorpio vehicle reportedly fell into a 300-meter deep gorge on Wednesday evening. Five persons travelling in the car, who are said to be local youth, are believed to have died in the accident. The cause of the accident was yet to be ascertained.

The accident, as per the initial report, occurred at about 5 PM in Shilhi village of Deem Panchayat under Anni Sub-division. Locals informed the police and the district administration and reached the spot of the accident.

The teams faced difficulties in recovering bodies as it was getting dark. However, with the help of locals, bodies were being brought up to the road. The panchayat Pradhan, Bhag Chand, was also present on the spot and confirmed the report.

Four of the victims have been identified as Rakesh Kumar, Pawan Kumar, Gyan Chand, Balwant. The fifth victim was yet to be identified. The Deputy Superintendent of Police, Anni, Tejender Verma, said a case has been registered and the bodies would be taken to Nirmand hospital for post-mortem.

The Superintendent of Police, Kullu, Gaurav Singh, confirmed receiving the information regarding the accident and five casualties. However, officially the number was yet to be ascertained, he said.

Related Topics:AnniKulluNirmandroad accident
Up Next