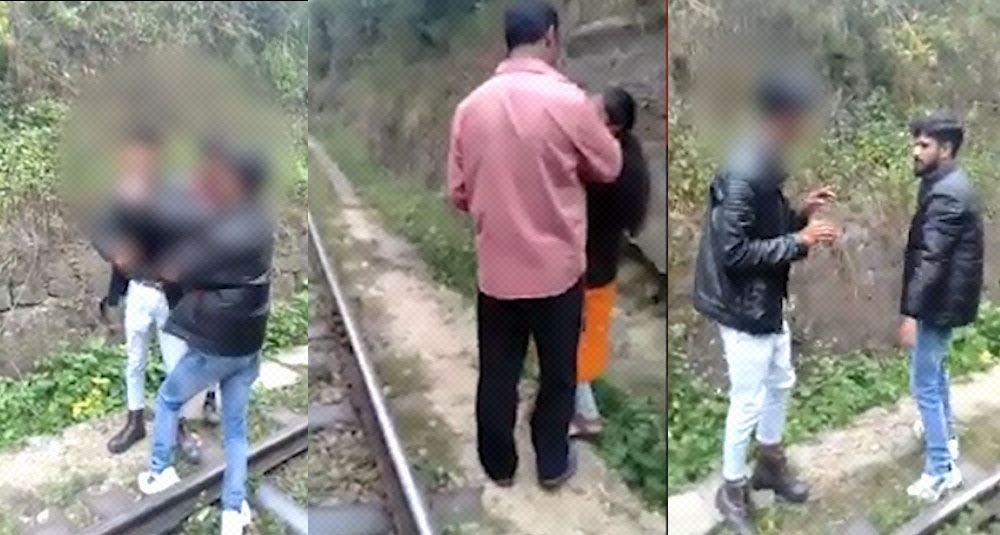 Kangra– As a prompt action from Kangra Police, three accused have been arrested in viral Palampur video case. The accused were identified as Manish, Surjeet Singh Manhas, and Sanjiv. The fourth accused was yet to be arrested.

All four culprits are locals. One of them reportedly owns a shop in Panchrukhi.

A video clip showing a boy being beaten and a girl being molested by a group of people on a railway track had gone viral on social media on October 7, 2019. The video drew anger as it brought embarrassment for the people of Himachal Pradesh . One of the culprits appears to have recorded this very short video clip.

The video is believed to have been recorded somewhere in Panchrukhi in Palampur, Kangra district. Though the video is only 18-second-long, it clearly shows a boy, who appears to be a teenager, being beaten while another man molesting a girl. Their third accomplice is seen chasing another girl, who is running away screaming.

Although the connection between culprits and victims was still not clear, the incident is being considered as a case of violence and sexual harassment in the name of moral policing. After circulation on social media, the incident angered the people who demanded strict action against culprits. One of the residents is said to have reported this video to police with a a complaint.

By evening, the police had identified four and arrested three persons in this case. The police did not release any comprehensive statement saying the case is yet to be investigated. However, the SHO, Panchrukhi Police Station, Shyam Lal, confirmed the report of arrest and filing of cases under IT and POCSO Act, which suggests that sexually harassed victim included minors.

As per a Hindi Daily, the path of a group of four students including two minor girls were obstructed by four persons. The Daily also said that the statement of one of the victim students has been recorded. The victim, as per this report, said that he was on his way towards Panchrukhi  with his friends when four persons obstructed their way, thrashed the boys, and molested the girls.

However, the police was yet to confirm details regarding the entire case.

Related Topics:featuredkangraPALAMPURPanchrukhiPOCSOViral Video
Up Next

Set-up Enterprise in Himachal without Waiting for NOCs: Govt