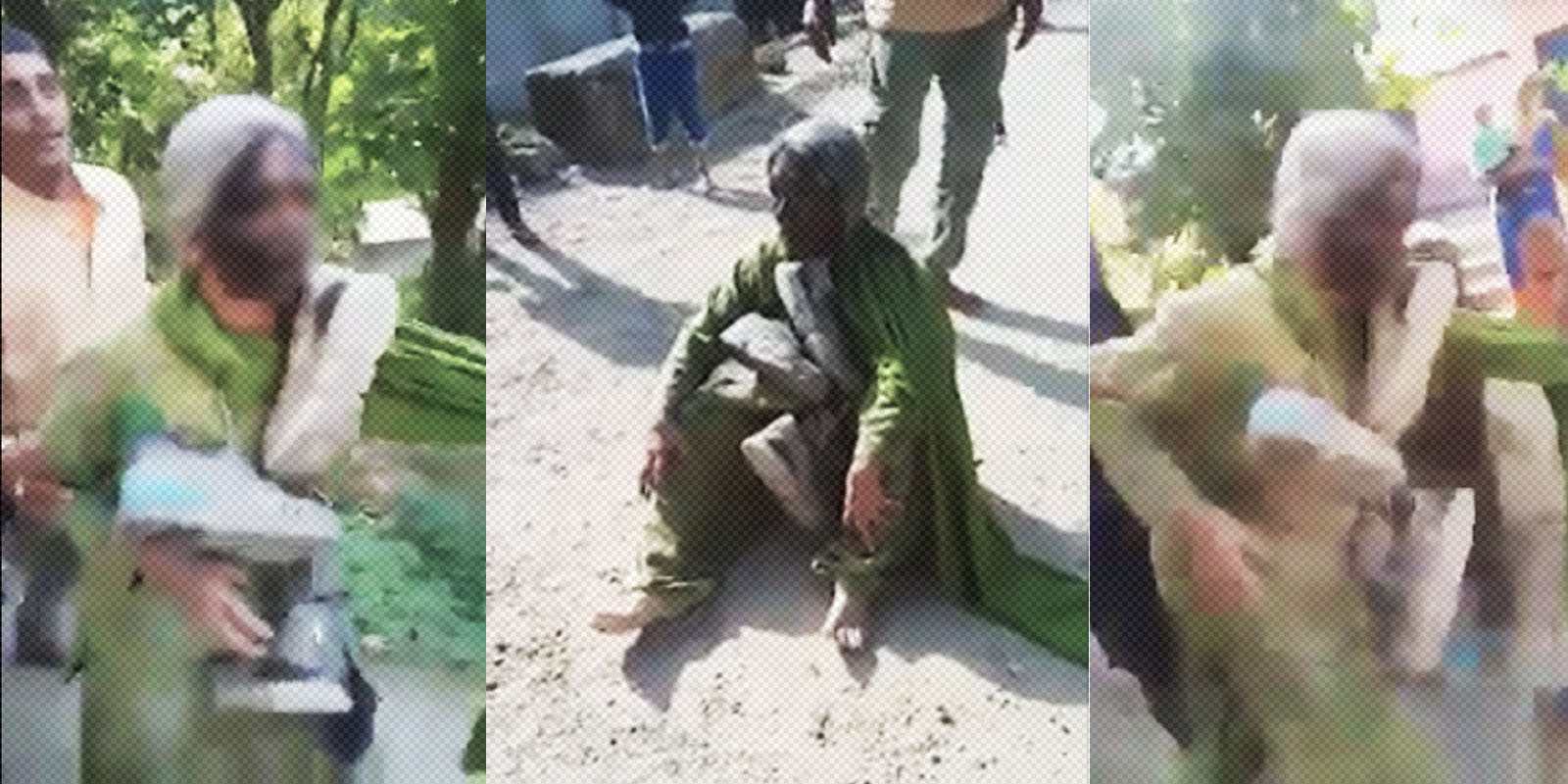 Mandi-In a shocking incident of superstitiousness, an elderly woman in Sarkaghat area of Mandi district, Himachal Pradesh, was allegedly persecuted mercilessly for religious reasons by mob in a village. Initial reports suggested that she is aged between 70 -80 years. Villagers allegedly also recorded this act on their phones.  The video is now going viral on social media. Furious over such insensitivity towards a helpless old woman, people demanded stern action against all culprits.

In the video, an elderly woman can be seen with her face blackened, and a shoe garland around her neck. She is being forced to run in front of the rath (chariot) of the deity. Villagers are playing traditional instruments and chanting the name of the deity. In their local dialect, villagers are calling her a tantric and cursing and abusing her.  She is alleged of worshiping ‘Mashaan’. The lady is pleading for mercy and asking for water. A couple of villagers can be heard asking others to let her rest and give her water to drink. However, the majority is heard saying she does not deserve rest or water.

A few people were heard advocating that, at least, don’t manhandle an elderly woman. However, these voices went unheard.

Others can be heard requesting a fellow villager to forward the video on WhatsApp. The hysteria was at such a level that children were heard cheering and enjoying it and there wasn’t even a single person who could rescue her from this barbaric treatment.

The Superintendent of Police, Mandi, Gurudev Sharma, confirmed the report of receiving this video. He informed that a case has been registered and the matter is being investigated by the Deputy Superintendent of Police, Sarkaghat, and action would be taken against those found guilty. Chief Minister Jairam was also apprised of this barbaric act in his home district. He also directed the SP to investigate the matter.

As per the available information, this shameful incident is believed to have occurred  in Gaahar Gram Panchayat, Sarkahat. Villagers picked the elderly woman from her house. The victim was identified as a widow and mother of three daughters. All daughters are married and the elderly woman has no one to look after her.

In her village, there is a temple of a deity. There is no permanent priest in the temple for the past couple of years. Taking advantage of it, some people have been acting as agents of the deity. These people branded this elderly woman as a ‘Dayan’ and instigated the villagers, reports said.
First, her house was ransacked recently. Later, she was again targeted, exposed to ill-treatment and humiliation publicly.

The reports said that earlier this woman had made a complaint to the panchayat regarding some people branding her as Dayan and harassing her. However, she was threatened with dire consequences in the name of the deity and made to withdraw her complaint.

Also, there have been complaints that prior to this incident a few other elderly people, especially those who live alone, have been targeted on the directions of so-called self-proclaimed agents of the deity. However, whoever complained it to the police or the panchayat was pressurized to withdraw it. These victims were threatened that they would face the wrath of the deity if they did not do so.

The details of the initial reports were yet to be confirmed officially by the police.

Related Topics:featuredMandiSarkaghatSuperstitiousWitch Hunting
Up Next