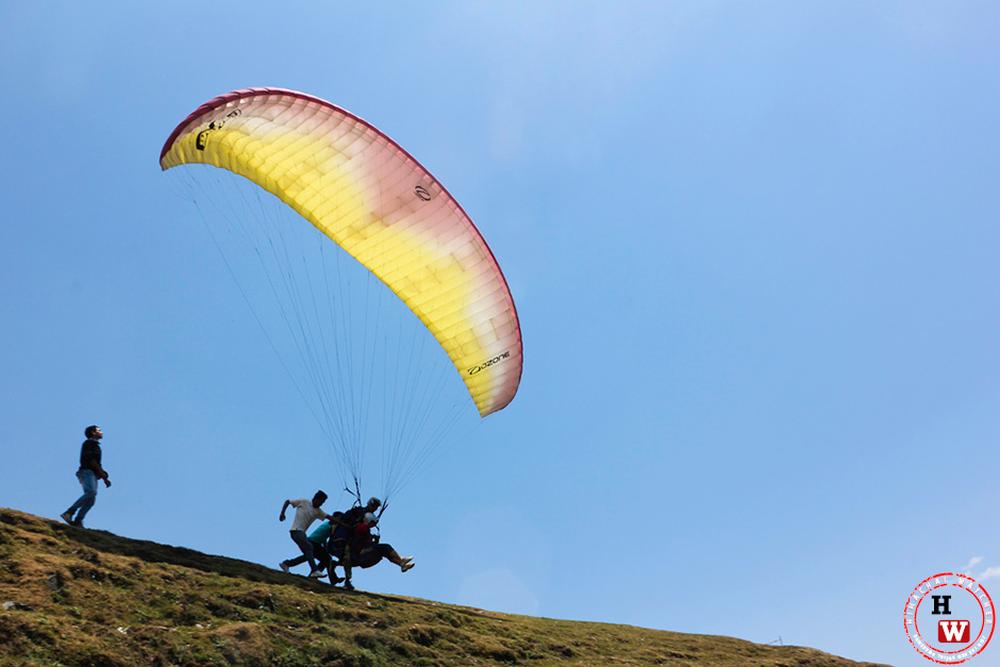 Kullu– A tourist fell to his death during paragliding in Dobhi in Manali, Kullu district on Monday, while the pilot sustained serious injuries. The tourist, who was identified as Arvind (27), fell right into a gorge and died on the spot.

The pilot was identified as Haru Ram (30) – a local. He was taken to the regional hospital, Kullu.

Though the exact cause of this accident was yet to be ascertained by police, the initial reports said that safety belt was not buckled up properly. Due to loosening of the belt, Arvind fell while he was airborne.

The Superintendent of Police, Kullu, Gaurav Singh, confirmed the report. A case has been registered under sections 336 (endangering life or personal safety of others) and 304 (causing death by rash or negligent act) of IPC at the Patlikuhal police station.

As per the available information, the victim was on his honeymoon trip with his wife Priti.

The wife, in her statement to the police, said they had booked a paragliding flight. Shortly after getting airborne, Arvind fell to his death.

This year, as many as five people including four tourists and one pilot have died in paragliding accidents in Kullu district.

In August 2019, a 25-year-old man from Hyderabad, who was on a vacation with his friends, died while paragliding in Shanag area in Manali. The pilot was injured.

In May 2019, a tourist from Mohali was killed in Solang Valley in a paragliding accident and the pilot had sustained critical injuries.

Prior to it, a Kerala tourist and pilot had died in a similar mishap in Dhobi in April 2019.

Other than paragliding, two tourists have died while rafting in Beas. In April a tourist from Maharashtra and in September a newlywed Kerala tourist had lost their lives as their rafts capsized in the River.

Since 2013, eight persons have been killed in rafting accidents.

The issue of unqualified operators offering adventure activities without proper safety measures and without obtaining a license has been resonating after every such accident. However, there seems to be a lack of vigil of the authority on operators.

As usual, the state government has assured of strict action against responsible operator and measures to ensure the safety of unaware tourists who throng to the hills state for vacations.