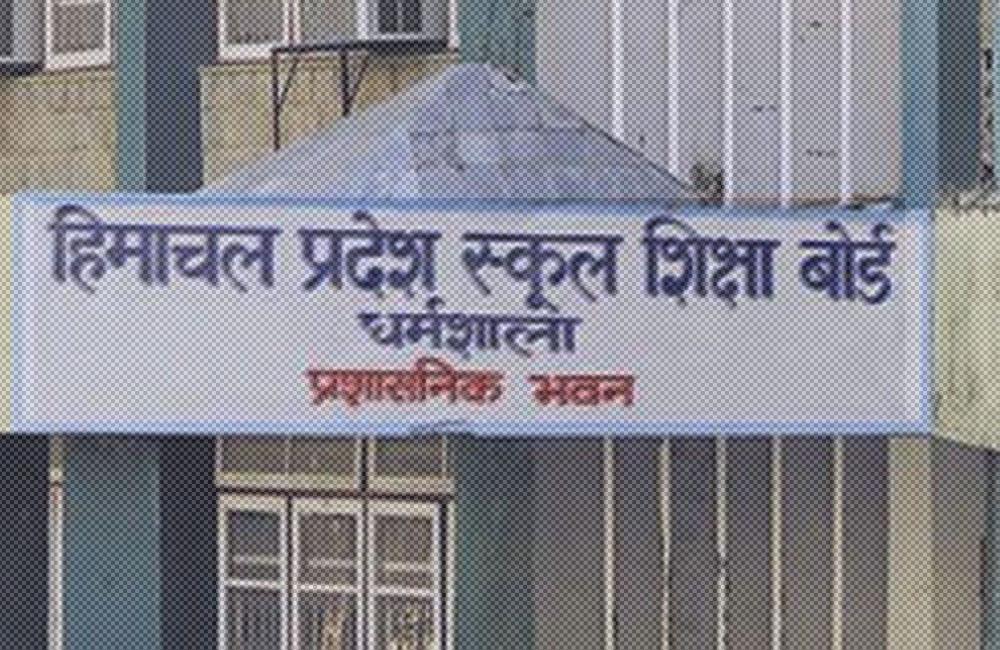 Shimla-Students of Class 10 and 10+2 have complained of hefty late fee imposed by Himachal Pradesh Board of School Education, Dharamshala, for the compartment examination. The actual fee was Rs 450 per subject and now, after the due date of submission of applications, the students are paying Rs 2450 per subject with a late fee of Rs 2000.

The students enrolled in government schools mostly hail from the weaker section of society who cannot afford private schools due to their hefty fee structures.

Two major student organizations of Himachal Pradesh, Akhil Bharatiya Vidyarthi Parishad (ABVP) and Student Federation of India (SFI) condemned this fee hike alleging that the students could not apply timely due to an error on the part of the HPBOSE.  The Government is encouraging private schools with its policy of closing government schools, SFI said while staging a protest on November 30.

“The Board invited online applications but did not issue the payment gateway link to school managements, therefore, students could not apply in time. Secondly, when the gateway started to work, the fee was hiked from Rs 450 to Rs 2450,”

“Now, the Board is washing its hands off and holding students responsible for not applying before the last date without late fees,”

The Organization said it is not justifiable for the Board to blame students for its mistake.

The Organization gave an ultimatum to the Board and demanded that this decision should be withdrawn by Monday and students should be allowed to apply with a fee of Rs 450. It warned of a state-wide agitation if the decision is not withdrawn.

Speaking to Himachal Watcher, the Public Relation Officer, HPBOSE, Anju Pathak, said that the board did not make any hike in late fees. The provision for late fee already exists.

Refuting the allegations that the payment gateway was not working, she said,

“It was working fine. We have looked into it. It’s just the carelessness on the part of the students,”

“About 85 percent of students had filled their forms before the last date. They had the chance to apply between 9 to 31 October with a fee of only Rs 450. The last date was extended and the students were given a second chance to submit their applications till November 15 with a late fee of Rs 1000. It’s the third chance for which already notified fee of Rs 2000 is being charged,”

“A group of students today met the Chairman, who convinced them that only notified late fee is being charged. The students have demanded an extension so that they could fill their forms,”

Further, student outfits also raised questions over the poor quality of clothing provided to the students of the government schools under the Atal School Uniform scheme.

The government issued distributed free uniform to lakhs of students after a delay of two years. However, despite this delay, the quality of the clothes provided is very poor, ABVP said. Similar poor quality uniforms were distributed during the regime of the previous government and a penalty was imposed on the contractor. However, the student outfit said, imposing penalty doesn’t change the quality of already distributed uniforms.

The Organization suspected a possible scam behind it. The government talks about offering quality in education when it can’t even distribute good quality uniforms to students.
The state government also faced flak over the distribution of poor quality bags of the same size to all students. These bags have become a mere show-piece.

Video: Girl Who Jumped from Bilaspur College Building Tells Why She Attempted Suicide