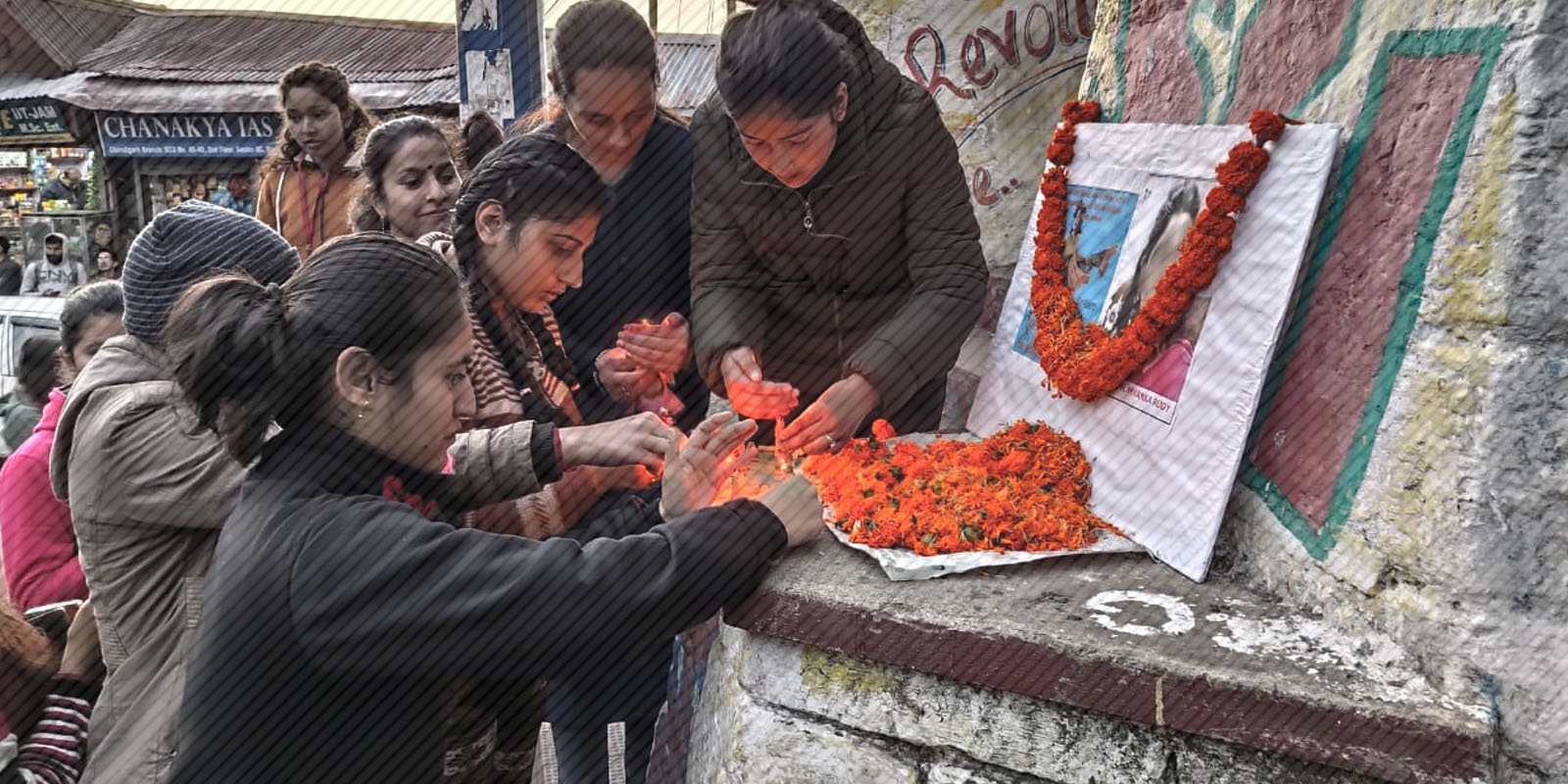 Shimla-The brutality of the gangrape and murder of a 26-year-old veterinary doctor in Hyderabad has led to public outrage across India. Though the rate of crime against women did not go down even after similar pubic outrage was witnessed in the Nirbhaya case in 2012, once again nation is shocked over the heinousness involved in the committed crime.

On the evening of November 27, 2019, the doctor was trapped, gang-raped, smothered to death and then set on fire in the underpass of Shadnagar Outer Ring Road in Hyderabad. Next day, the charred body of the victim was recovered from the said spot. The police investigation led to the arrest of four accused, two of whom are truck drivers and the other two are cleaners. The accused were identified as Mohammed Arif, Chintakunta Chennakeshavulu, Jollu Shiva and Jollu Naveen. They were booked under Sections 376D (gangrape), 302 (murder),201 (destroying evidence) of the Indian Penal Code. A magistrate from Shadnagar sent all four accused to judicial custody for 14 days on Saturday.

Meanwhile, three policemen including a sub-inspector and two constables were suspended for causing a delay in filing an FIR.

Taking up the issue of women safety in the country. The students termed government’s “Beti Bachao’ program a political gimmick.

“Such crimes have become very common nowadays. Himachal is also not untouched and such crimes are reported regularly,”

“Kotkhai Gudiya case is still not solved and such delay encourages criminals,”

On November 30, students of Shimla’s colleges also staged a protest in front of the Office of the Deputy Commissioner, Shimla, demanding justice for the victim. The students said the rate of crime against women is increasing and females are not feeling safe due to regular occurrences of such heinous, ruthless crimes.

said Sachin, one of the protesting students.

“India stand embarrassed in front of the World due to repeated occurrence of such heinous crimes. The government need to be more serious and take necessary measures to ensure the safety of women,”

Protests were also reported from various colleges in Shimla where students targeted the government over playing politics on such issues instead of working toward the eradication of crime against women.

As per the report issued after the police remand, the trap that the accused had laid for the victim did them in. It also said that the accused had downed one-and-half bottles (around 930 ml) of alcohol before committing the crime. They inflated the tyre of the two-wheeler she had parked near a toll plaza and then trapped her on the pretext of helping her.