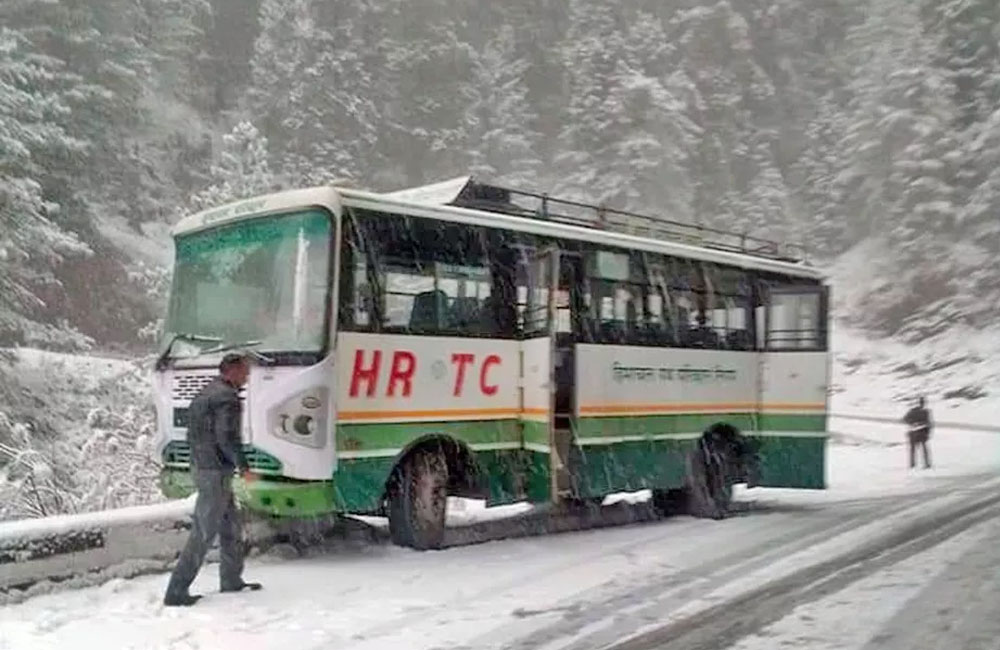 Shimla-Manali and Shimla received the first spell of snow in this season on Thursday. Tourist destinations like Kufri, Narkanda, Kharapather, Kotkhai etc were covered in snow.

The Rampur-Shimla Highway was closed to traffic after snow piled up. The traffic on this route was re-routed through Basantpur. About 20 routes in the upper Shimla region, including Chaupal and Rohru, are also hit by snow.

After some minor accidents were reported, Shimla Police has requested drivers to be careful while driving in snowy conditions.

Drive Carefully! With season's first spell of snow, roads in #Shimla became riskier to drive. On Thursday morning, an…

Another popular tourist destination of the state, Manali, also received the first spell of snow in this season, cheering the hospitality industry. Solang Nala and Gulaba received about one foot of snow, while Marhi received two feet. Rohtang Pass has received over three feet of snow. All traffic on Rohtang Pass and Solang Nala routes was stopped near Nehrukund. Snow has hit traffic movement and electricity supply in some parts of Manali.

Other than these destinations, Lahaul-Spiti, Pangi, and Kinnaur were also disconnected from the rest of the state due to snow. Over 75 routes across Himachal were hit by snow.

Some parts of Sirmaur including Churdhar and higher reaches of Mandi district, including Shikari Devi and Kamarunag, also received a spell of snow.
Shimla city and plains witnessed rain since morning.

The cold wave has intensified in the state with the ongoing spell of snow and rain. The Himachal Pradesh met department has predicted more snowfall on December 13. The Met on Wednesday had issued a yellow weather warning for 12th and 13th December with a prediction of rain and snow in most places across the state.

The Met has predicted that the state could receive more snow and rain till December 15, which would further intensify cold wave.