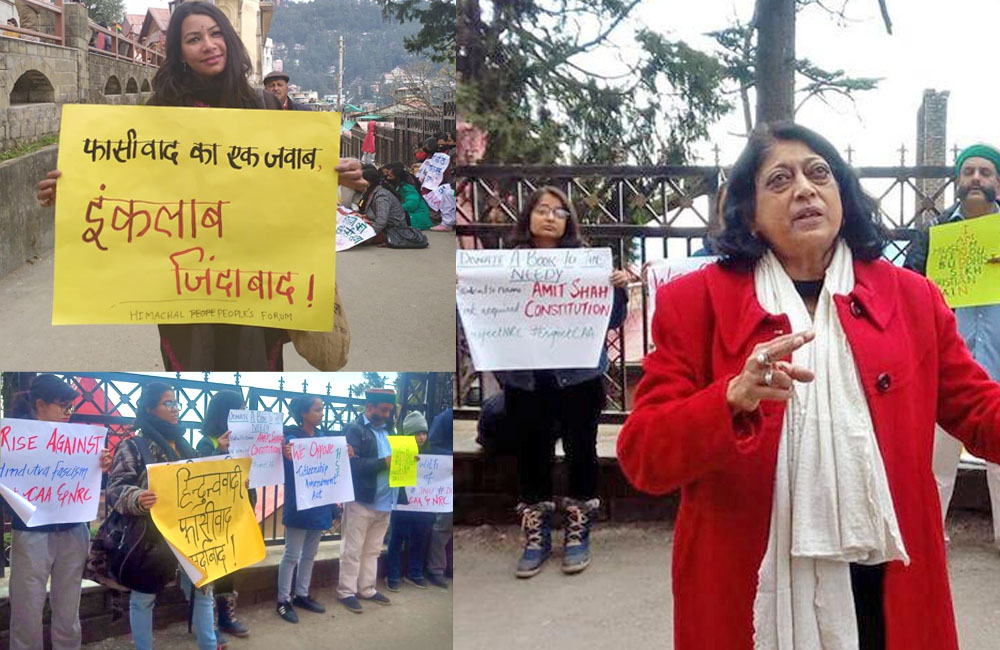 Shimla: Other than the left-wing associations, who were the first to raise voice against Citizen Amendment Act (CAA) and National Register of Citizens in Himachal Pradesh, non-political groups are also joining in the nation-wide resistance. The Shimla Citizen Forum on December 19, 2019, held a protest outside the Office of Deputy Commissioner, Shimla.

The Forum condemned the CAA and NRC terming them as unconstitutional and damaging to the democratic and secular structure of Indian society.

The Forum alleged that the sole purpose of such contentious amendment in the Citizenship Act is to divert the attention of people from real issues like employment, health, education, failure of government to ensure protection of females against crime, inflation to name a few.

Fascist rulers always create an imaginary enemy to keep the people distracted, break them into groups, and propagate their fascist propaganda, they added.

They argued that in this time of turmoil, people should find inspiration from revolutionaries like Ashfaq Bismil and Sardar Bhagat Singh. People need to stop fighting over religion or caste and stand united against the fascist regime.

Citizens in Dharamshala Hold Protest against CAA, NRC, Urge People to Stand Up Against Onslaught on Democratic,Constitutional Ethos