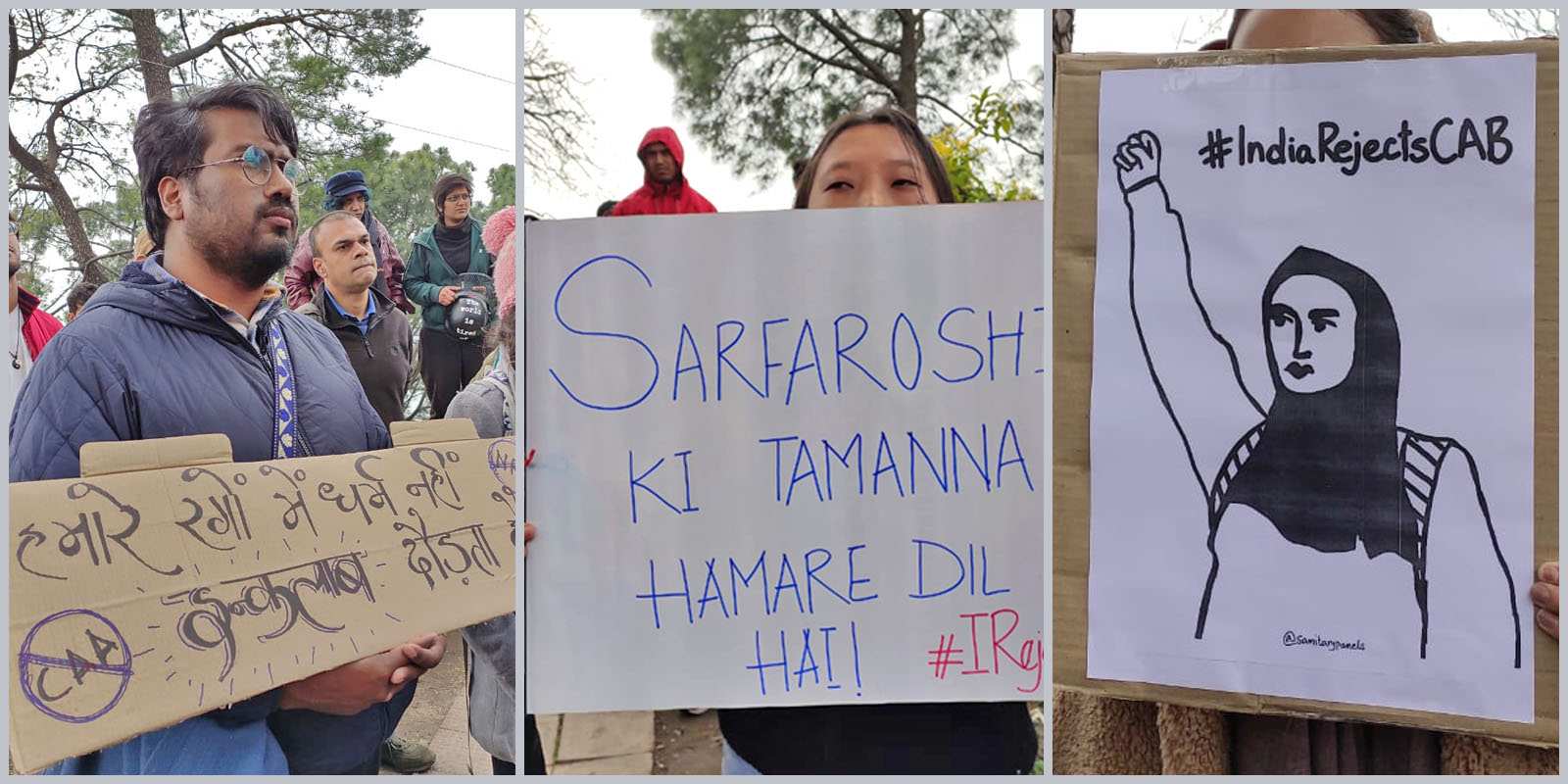 Dharamshala– Along with Shimla, a protest against the Citizenship Amendment Act (CAA) was also held in Dharamshala. Hundreds of people gathered at Gandhi Vatika in Dharamshala on December September 19, 2019. A joint statement was issued by protesters condemning the CCA and expressing solidarity with revolting voices.

“We the concerned citizens of India, residing in the state of Himachal Pradesh, wholly reject CAA hastily passed by the ruling party using brute majority with complete disregard for the constitution of the country,”

It further said that the Constitution of India enshrines the principle of equality, regardless of religion, race, caste, sex, language or place of birth. Article 14 of the Constitution states, “The State shall not deny any person equality before the law.” Equality is a basic principle of Democracy. 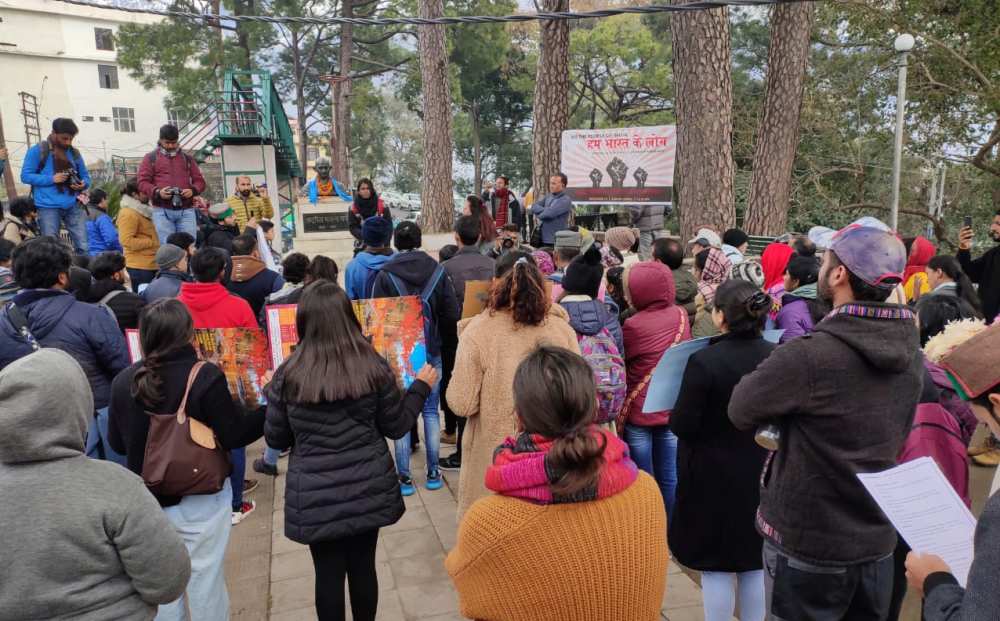 The protesters further said that Citizenship (Amendment) Act 2019 not just directly attacks the Article 14 but threatens to finish the values of diversity, pluralism and secularism, changing the nature of the Indian state fundamentally.

The CAA seeks to amend the Citizenship Act 1955 so that Hindus, Christians, Sikhs, Jains, Buddhists and Parsis from Bangladesh, Afghanistan and Pakistan can be offered citizenship of India through accelerated naturalization and the aforesaid immigrants will not be treated as illegal migrants. This Act only leaves out the Muslims from the three countries, thus discriminating on the basis of religion, the statement said.

The protesters said that they are well aware of the design to implement CAA along with the National Register of Citizens, which will put millions of Indians, especially the most marginalized in sheer misery. 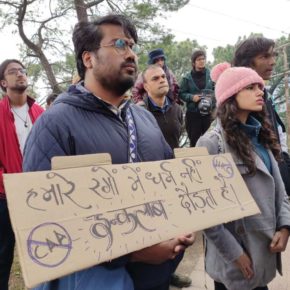 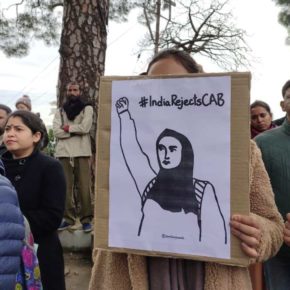 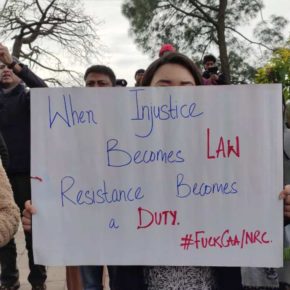 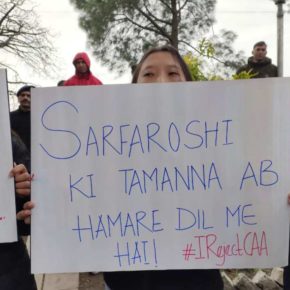 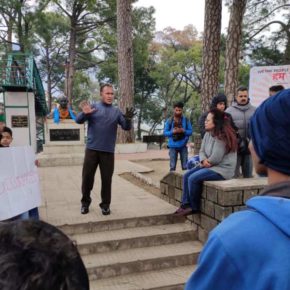 The NRC has already turned the principles of natural justice on its head by putting the onus of proving citizenship on the people. The complex set of documentary evidence required to do this is intended to exclude.

“We are seeing the devastating effects of NRC in Assam, where families have been torn apart and put into detention camps,”

“At the same time, we stand in solidarity with the concerns being raised by the indigenous communities of the North-Eastern region of the country,”

Their concerns too have a historic basis and deserve to be addressed through dialogue. Instead, this government has imposed an internet clampdown in Assam and other states of the North East where people have stood up to protest. We condemn this state repression, the statement from protesters said.

“We also unequivocally condemn the motivated, targeted and brutal attack by the CRPF and Delhi Police on students of Aligarh Muslim University and Jamia Millia Islamia University in Delhi yesterday, Sunday 15th December 2019 causing serious injuries to over 150 students including girls, and also arrest of scores of students and youngsters,”

“By all media reports and eye witness accounts, the brutal charge of the police forces was unprovoked and unwarranted as the students were peacefully protesting against the Citizenship Amendment Act, 2019 and the NRC,”

The breakdown of the democratic and constitutional ethos that was built by freedom fighters whose martyrdom people celebrate today is a matter of great shame and distress.

“We believe it is not just the right but duty of each and every one of us to stand up against this onslaught and work to rebuild a society based on the principles of justice, freedom, peace, plurality and equity,”