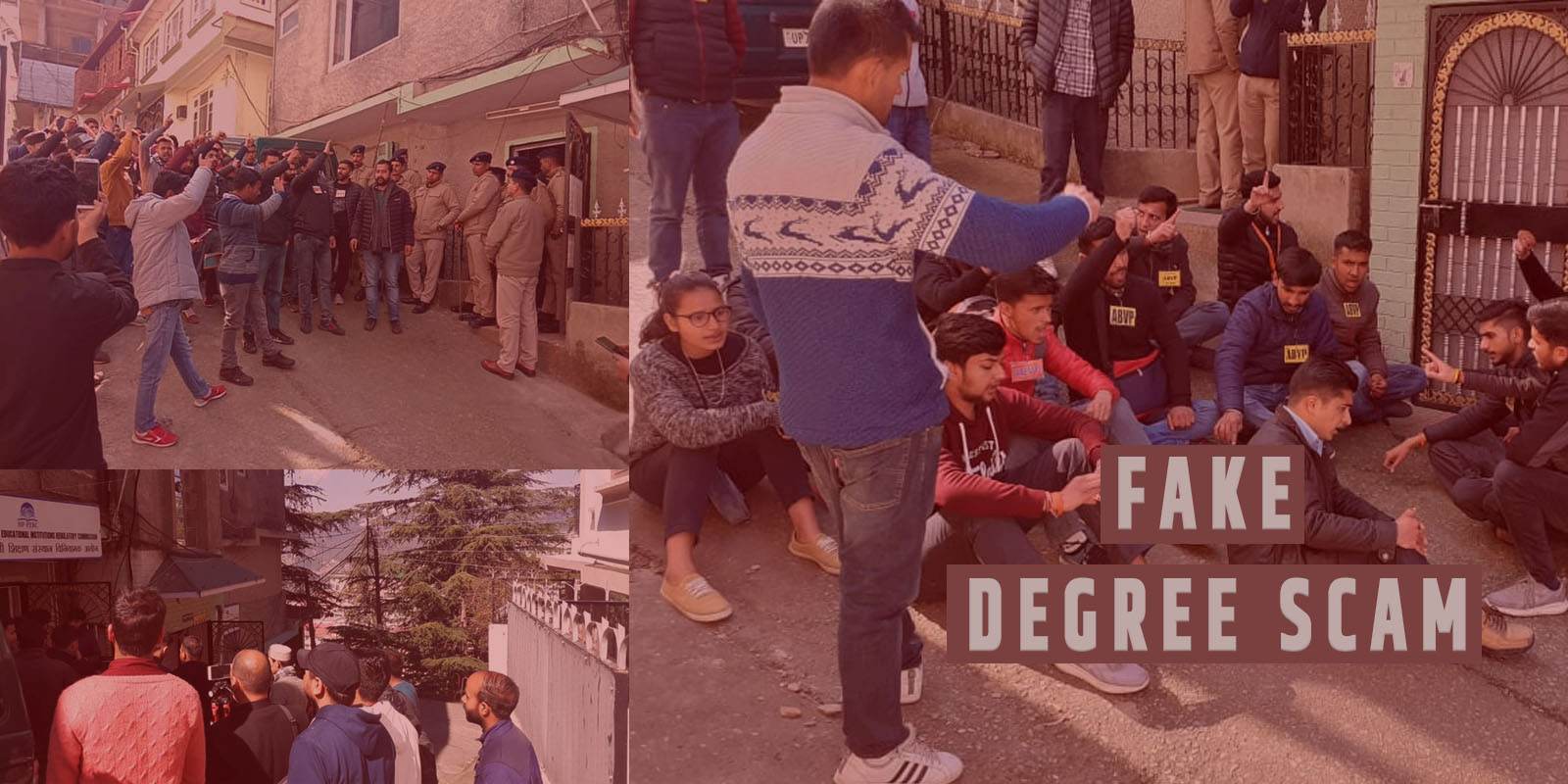 Shimla-Schools and higher education institutions are ‘temples’ where the future of children and youth is shaped. Imparting quality education is elementary to strengthen the society of a democratic state. But corruption has plagued the education system and evidence of the same have shown up in the rather docile state of Himachal Pradesh.

Instead of becoming accessible, education is becoming inaccessible due to the government’s ignorance and apathy. Failure of the governments to ensure quality education in government schools has left no other option for parents but to opt for private institutions, which are generally unaffordable. Parents are helpless and have to pay the hefty fees for the future of their children because they don’t have faith in the government institutions and their education system.

To complement the situation, now it is official that private institutes have been selling fake degrees without attracting any action from the state government or the HP Private Educational Institutions Regulatory Commission. Lakhs of fake degrees have already been sold.

A huge question arises over the intentions of the government as it did not take any action despite the information provided by the University Grants Commission through a letter.

“APG Shimla University, Shimla, Himachal Pradesh, has not sold Degrees this year but has sold more than 15,000 Degrees for almost all the courses they are offering in the campus. Even the courses where seats are limited, they have sold the Degrees which are restricted by Statutory Bodies like AICTE, NCTE, BCI.”

Regarding the involvement of Manav Bharati University, the letter said,

“Manava Bharati University, Solan, Himachal Pradesh, has sold more than 4.5 lakh Degrees during the last 7 years with the help of Agents from Punjab, Haryana, Rajasthan, UP, Bihar, Delhi, West Bengal and parts of South India. They never informed the HP Private Universities Regulatory Authority that they had sold so many Degrees.”

“The Founder of this University made good money by selling the Degree of Jayasurya’s Open University for Complementary Medicine, Sri Lanka, by printing these Degrees himself without informing Lord Pandit Prof. Dr Anten Jayasurya.”

The Chairman of the Commission, KK Katoch, however, claims that he received this letter only in January 2020.

After the news broke out about a week ago, students affiliated to two major student organizations of HP University- Akhil Bharatiya Vidyarthi Parishad and Student Federation of India- have come out to protest the failure of the state government to monitor and regulate private universities.

Both organizations wanted to question the Chairman as to why he did not take any action despite having the information regarding this scam. The matter was already brought to his notice seven months ago through a UGC letter, they claimed.

On February 25, ABVP staged a protest at the Office of Regulatory Commission, Shimla, against fake degree scam by the two private universities. The Chairman of the Commission, KK Katoch, ABVP said, fled the office to avoid questions. ABVP alleged that other officials at the Commission told them that they faced pressure from the Chairman and were unable to discharge their duties adequately.

ABVP has demanded removal of Katoch from the post of Chairman along with a warning of larger protest if no proper action is taken against the private universities. 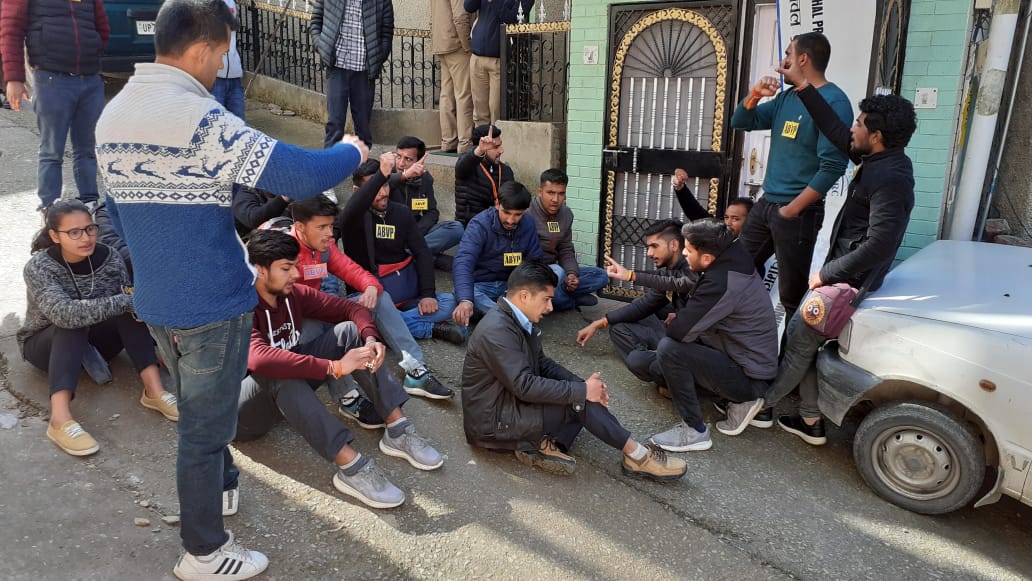 On February 26, SFI also staged a protest at the Office of the Commission. The Chairman remained absent from the office. SFI leaders accused the Chairman of escaping questions regarding the scam. SFI pointed out that the Commission has not even inspected the private institutes for the past several years. The Commission isn’t willing to move a muscle, it added. This is why instead of the Chairman or other officials; we are instead seeing a heavy police force.

It is only after the protest from the student bodies that the Commission has asked the State Police to hold an inquiry. The Director-General of Police, SR Mardi has confirmed that records and preliminary inquiry report are sought from the Commission relating to the scam.

There would be no wonder if these universities still continued to operate. This is how the unending cycles of corruption works in India.

There is no dignity left either in politicians or wealthy investors who establish private educational institute only to make money through unethical means. The ruling governments of both the Bharatiya Janata Party and the Congress have been seen standing on the side of private institutes and encouraging privatisation of education.