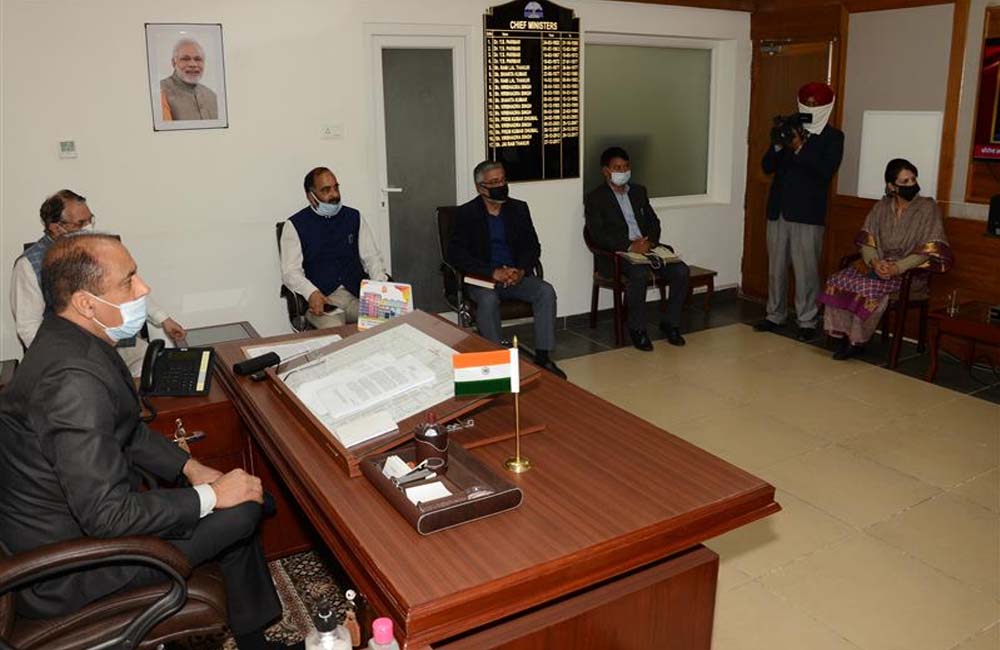 Shimla-Himachal Pradesh Government today announced to launch the e-learning and teaching for 10th and 12th standard students of the state through Doordarshan. The online learning facility from home will be provided to students under Himachal Doordarshan Gyanshala programme from 17 April, 2020 onwards, it was informed.

The education department has prepared programme according to the syllabus of HP School Education Board for 10th and 12th classes. The programme would be telecast from 17 April for three hours from 10 AM to 1 PM for different subjects as per the time table.

The Government further informed that the ‘Learning from Home- Har Ghar Pathshala’, a home based teaching programme for the students from grades 9 to 12 is functional during the lockdown period of COVID-19.

This programme would help the students to get access to online videos and worksheets from their homes on the Govt Website and Har Ghar Pathshala Website. This programme would start from 16 April, 2020 between 10 am to 1 pm daily till the regular opening of schools, informed the Government.

Under this programme, the Government claimed, all the students would regularly receive daily videos and home work through WhatsApp groups with teachers on important topics.  Their homework would be regularly checked by the teachers and also provide feedback.

Education Minister Suresh Bhardwaj said that the education department is also planning to broadcast the study material on TV/Radio/FM to cater every student of the State.

Two More Including a Mediaperson Test Positive in Himachal, Both Had Traveled to State from Punjab

Shimla-Himachal Pradesh Board of School Education (HPBOSE) would soon issue new date-sheets for yearly exams of Classes 10th and 12th as the state Department of Higher Education has asked it to re-schedule the exams. Instead of May, now, the examinations would be held from April 20, 2020, informed the Director of Higher Education, Amarjeet Kumar Sharma today.

He said the process of making changes in the schedule has been initiated. However, the Board had not released any official statement regarding the change till the time of writing.

The recommendations were made based on the opinion and suggestions received from parents and various teacher associations, the Director informed. As per these suggestions, conducting the board exams in May would cause a delay in starting the 2021-22 session.

The HPBOSE is expected to release new date-sheets during the next couple of days.

The Chairman, HPBOSE, Suresh Kumar Soni, today informed that the exams for Class 9th and 11th would be held from March 8 to March 20 in the evening session, and results would be declared by March 31. The new session is likely to begin from April 1, 2021.

Like every year, HPBOSE would provide questions papers to all government and private schools affiliated with the Board.  Principals/headmasters of these schools have been asked to submit the requirement for questions papers based on the number of students. The last date for submitting the required details is February 7, he informed. The Board has also asked the school heads to deposit Rs. 100 fee per student for question papers online.