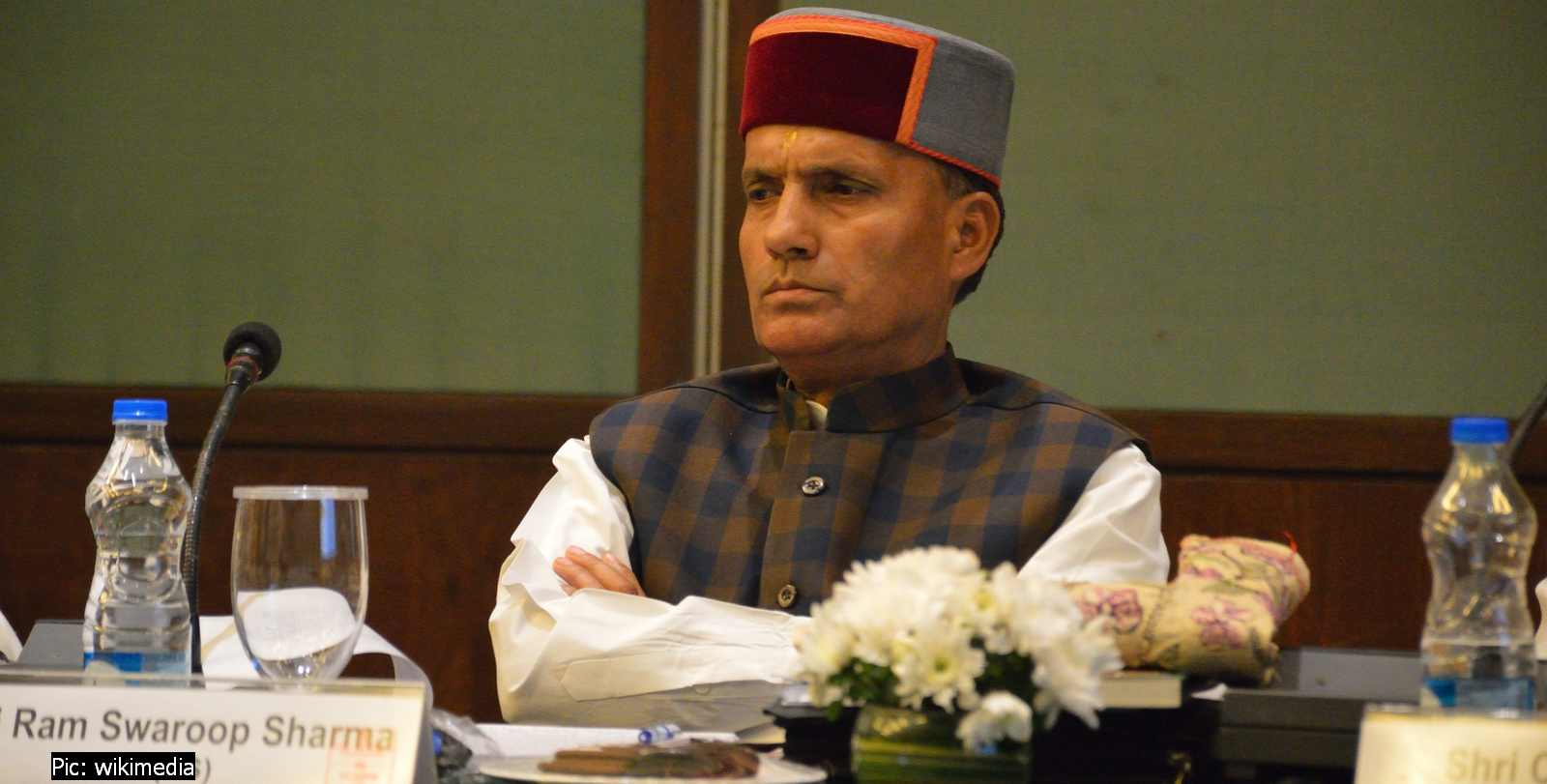 Shimla-Entry of Ramswaroop Sharma, Member of Parliament, alongwith his staff into Himachal Pradesh, amid nationwide lockdown and state-wide curfew, has raised eyebrows of not only opposition parties but also of the people. Questions are being asked from the State Government and the Police Department over bending of rules and regulations for VIPs. Demand is being made to file FIR against the MP for not following lockdown guidelines which permits interstate movement only in cases of emergencies.

The MP, who was in Delhi at the time of the end of the Lok Sabha Session and announcement of the lockdown, returned to Jogindernagar, Mandi district, on April 10. Most parts of Delhi has been declared COVID-19 hot-spots, and despite that, the MP decided to travel to Himachal.

In his defense, the MP said he had obtained all required permissions from administration in Delhi as well as in Mandi district. He also said that he has self-quarantined himself alongwith the staff that traveled with him. The Director-General of Police, Sita Ram Mardi, has clarified that the MP has not violated any rules and had obtained required permissions, therefore, no FIR can be lodged against him.

However, the MP or the Police did not cite the emergency that made the MP and his staff eligible for permission to travel from a hot-spot State to Himachal. The only reason that the MP gave is that it is his duty to be among his people in a time of need.

Reacting to the MP’s this response, Sanjay Chauhan, former Mayor of Shimla, took a jibe asking as to why the MP did not return to the State soon after the end of the session and stayed in Delhi till April 10.

Chauhan has also raised another point which has not been answered yet. According to the lockdown guidelines, every person entering the State must be tested and quarantined, but the MP and his staff were exempted from it, he said. Rapid testing kits are available in the State, therefore, testing shouldn’t have been a problem. He also pointed out that the DGP has been making a regular appeal to obey the lockdown guidelines along with warnings of action against those entering into the State without testing and mandatory quarantine. But no action is being taken against the MP for violating the same guidelines, he said.

In fact, the State Government has directed the district officials to test all persons with permits in the boarder areas for COVID-19 and allow only those who are found negative. But, as per the Chauhan’s allegations, the MP and his staff was exempted from this rule.

Further, Chauhan has alleged that there were irregularities in the permit issued by the District Magistrate, Mandi, to the MP. He targeted the Government alleging that such permits have been issued to other BJP affiliated persons, and has asked the Government to make details of all such persons public.

He termed it discrimination to deny permission to thousands of other Himachali’s stuck outside the State to return due to lockdown but allow a VIP to enter the State even when there is no emergency.

Chauhan has demanded that same legal action which is being taken against others who defied the lockdown and entered the State should be initiated against the MP and his staff. All officials who facilitated his entry into the State should be held responsible for this carelessness amid a pandemic.

Test All Persons with Permits at Entry Points in Himachal’s Border Areas, Allow Entry Only If They Test Negative: HP Govt