Shimla-The District Administration of Shimla, which was already in question over leaving the entire relief work during lockdown to NGOs/charitable organizations/volunteers, had to face an embarrassment after an MLA sat on a Dharana inside its office over non-distribution of ration to needy labourers. The MLA also labelled some serious allegations against the Superintendent of Police and the Deputy Commissioner, Shimla.

After an exchange of heated arguments with the officials over district administration’s failure to identify and ensure ration supply to a large number labourers including those hailing from Kashmir, MLA, Theog, Rakesh Singha, sat on Dharana on April 20 and spent a night inside the district office in Shimla. 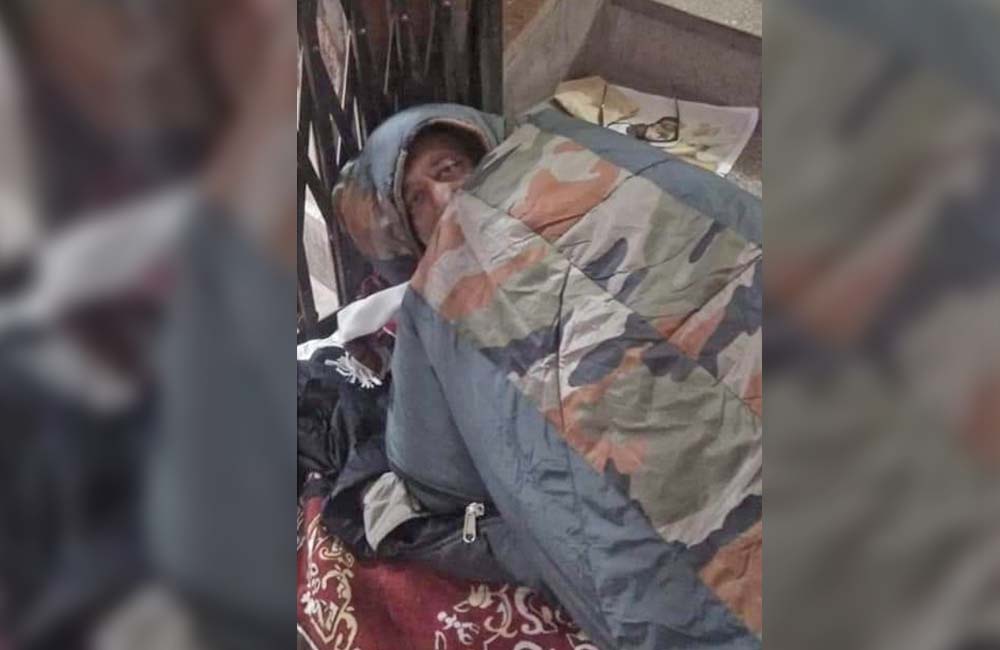 The MLA labelled serious allegations on the administration related to deliberately ignoring about 127 Kashmiri labourers stuck at Jama Masjid located in the Middle Bazaar of Shimla while the distribution of ration amid lockdown.

Singha alleged that the district administration did not attend to these labourers along with hundreds of others who desperately needed relief as they had run out of money due to joblessness.

The MLA even alleged that instead of providing them relief, the DC and SP threatened them to not demand ration or any relief.

The MLA rejected this claim of district administration and said it was lying and trying to defame these labourers.

The MLA also alleged SDM Urban of leaving the relief work to NGOs and charitable organizations due to which hundreds of labourers in the city were not receiving any ration in the name of relief.

He said that the relief work during the lockdown is the constitutional responsibility of the Government. He also raised concern that alone NGOs and charitable organization do not have the capacity to cover all the needy.

The MLA even provided lists of such labourers in the city who had not received any relief, and some of them did not have shelter.

SDM couldn’t convince the MLA after which he sat on Dharana till the administration started to distribute ration among the persons mentioned in the list.

The MLA ended his Dharna on Tuesday evening and released a statement in which he said the district administration agreed to his demand. Watch the video (posted above) to watch what happened at the Office and to listen to the complete statement given by the MLA during the dharna and after ending it.

No Disconnection for Non-Payment of Electricity Bills till 31st May: HP Govt