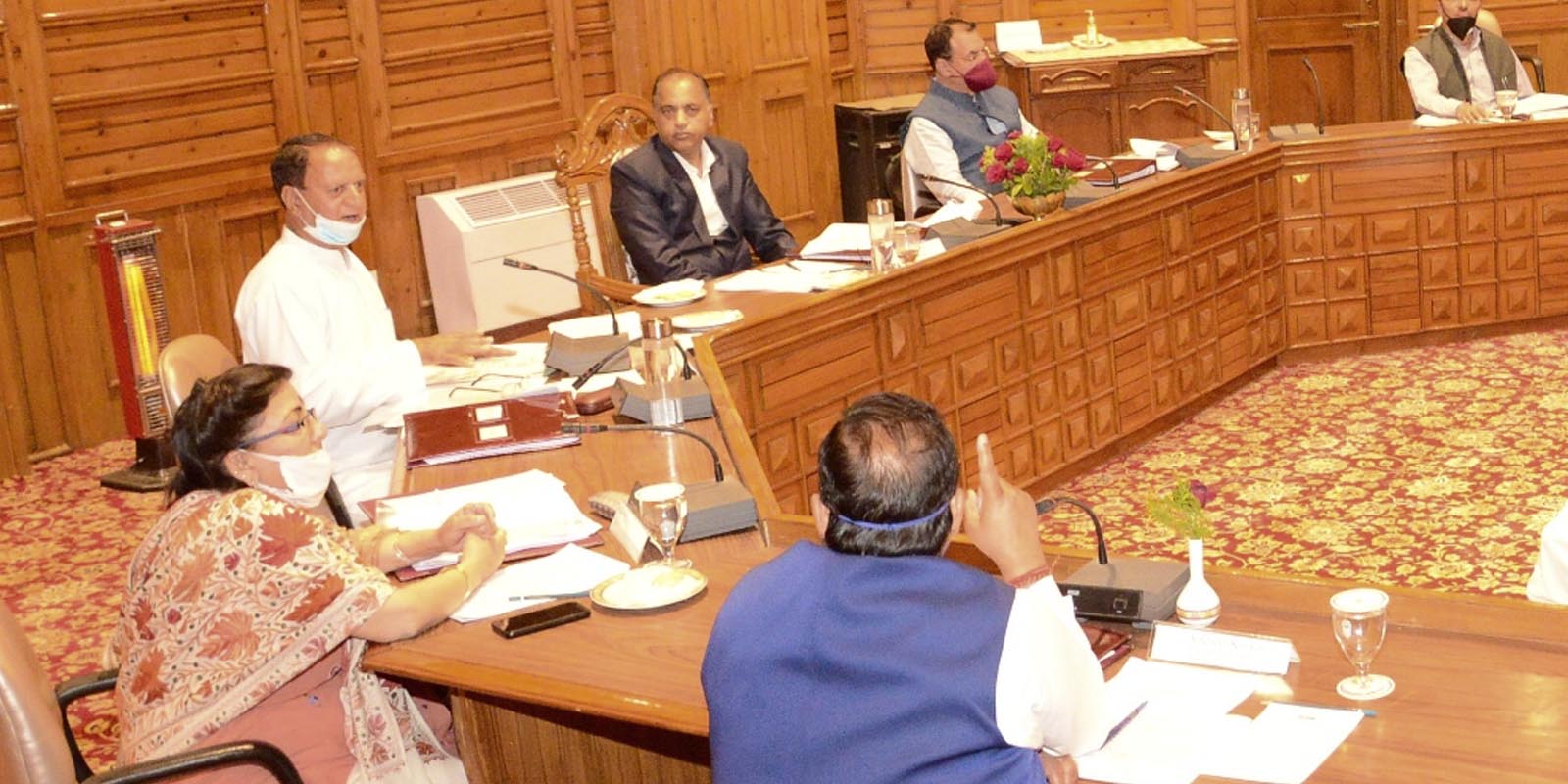 Shimla-The Himachal Pradesh Government held a meeting on May 8, 2020, under the Chairmanship of Chief Minister Jai Ram Thakur.

The Government has decided to hike the price of liquor and also gave nod to increase the curfew relaxation to seven hours from five hours. No decision was taken to permit functioning of any sort of public transport service till May 17.

The decision to increase the relaxation in curfew by two hours has come at a time when number of cases is surging with the entry of stranded people into the State. Within the last five days, thousands of people have been brought back or given permit to enter the State in a haphazard manner and thousand of more are waiting to come back.  Also, during the last five days, the State has reported seven cases with the death of a 21-year-old resident of Mandi district.

The Cabinet also decided to hike import fee on all kinds of spirits used by the industries (L-19A licenses) for manufacturing all kind of sanitisation products from Rs. 10.50 per bulk litres to Rs. 15 per bulk litres.

The Cabinet gave its consent to implement Mukhya Mantri Shahri Ajeevika Guarantee Yojna in the State. A sum of Rs. 25.20 crore is expected to be spent under program.

The Government claims that it will enhance livelihood security in urban areas and persons engaged in waged labour jobs would be facilitated to set up their own enterprises by imparting skill training, subsidy linked credit and entrepreneurship training.

The Cabinet Sub Committee also gave its recommendations on plugging revenue losses due to mining operations and for fast-tracking of forest clearances.

The Cabinet Sub Committee constituted for post-COVID-19 Economic revival recommended that returning Himachalis may be met for their skill assets and information must be shared with Labour and Employment and Industries Departments for their utilization in available sectors within the State.

It also suggested measures for the harvesting of agriculture and horticulture crops in the coming seasons.

The Cabinet gave its nod for the setting of Centre of Excellence at Waknaghat in Solan district under ADB funded programme as a specialized centre for high-end training in tourism and hospitality sectors as well as the IT sector. This will improve their employment opportunities, the Government believes.

The cabinet also appealed to all State Government employees and employees of State PSUs/Boards/Universities etc. for the generous contribution to the HP SDMA COVID-19 State Disaster Response Fund.

Three New COVID-19 Cases in Himachal Including a 2-Year-Old, 4 in One Day

One More Tests COVID-19 Positive in Hamirpur, Had Returned from Delhi With Family