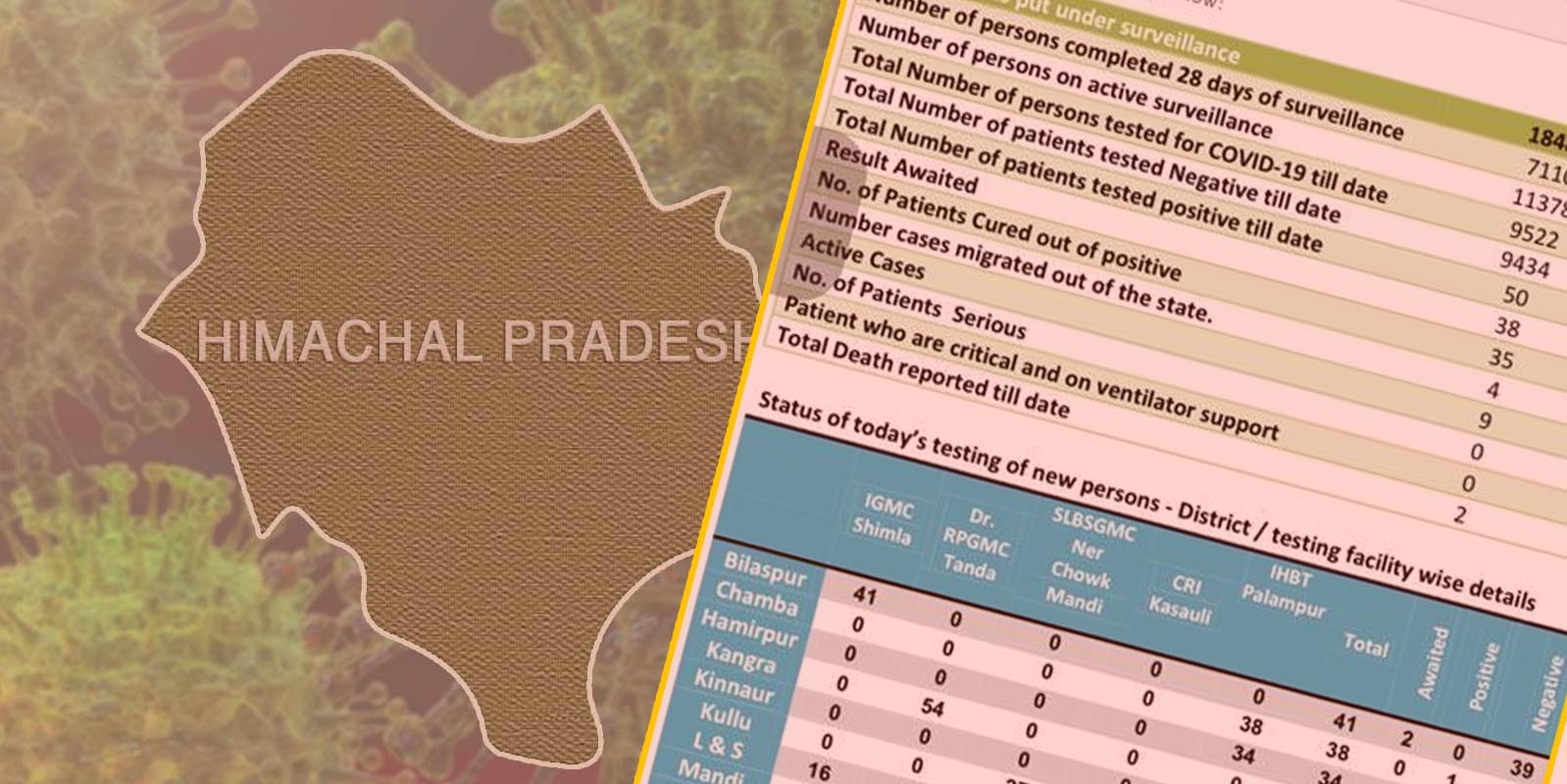 Shimla-A 2-year-old girl in Chamba district, a person in Kangra , and a woman in Una were tested positive for COVID-19 on Friday. Today, Himachal has reported four new cases.

Two persons who had returned to Saluni area in the district on April 30 had tested positive on Wednesday. Both of these men were asymptomatic despite being tested positive for COVID-19.

One of these men is this girl’s father. Chief Medical Officer, Chamba, has confirmed the report.

The Deputy Commissioner, Vivek Bhatia informed that samples of people who had come in contact with these two men were taken after they tested positive. Daughter of one of these was today found to be positive.

While another case was reported from Kangra district, a woman in Una has also tested positive. The woman had reportedly returned from Delhi and was in quarantine in Mehatpur. The man had also returned to Bala area of Kangra district from Delhi.

After A Strict Curfew/Lokcdown of Over A Month, This Shouldn't be Happening

It would be frustrating for the people of #Himachal and Punjab to face a curfew and lockdown for over a month for nothing. To get a more clear picture of what we are talking about, watch this video showing the scene at the Mehatpur-Una boarder and listen to what people standing in crowded queues said. #HimachalPradesh #COVID19Himachal #HPGovt #Una #Punjab CMO Himachal

With these new cases, the total number of active cases in the State has risen to nine. A patient in Sirmaur has recovered today. All remaining cases have been reported within the last five days. Today, a total of four cases have been reported in the State. Earlier today a man in Hamirpur, who had returned from Delhi with his family recently, was tested positive. So far, the State has reported a total of 50 cases.

The surge in the numbers can be attributed to the return of natives, who were stranded in other States, to Himachal.

The Government is asking people returning from other States to follow guidelines for home-quarantine. Sadly, these guidelines are being flaunted, especially in rural areas. Panchayat Pradhans have given the duty of ensuring that such people follow home-quarantine for the defined period.

The situation is becoming more alarming as the State Government today, in a Cabinet meeting, has decided to increase the relaxation time in curfew from five to seven hours. Also, the Government has allowed the opening of all shops except saloons/barber shops from May 4th.

Crowded scenes could be seen in the market of Shimla city. While there are no issues over letting people return to their homes, a lack of sophistication in the procedure being followed while allowing mass entry by the Government is apparently visible. The Government desperately need to increase the number of testing among persons returning from other States.

Special Train from Goa to Carry 1204 Stranded Himachalis Back to State: Govt