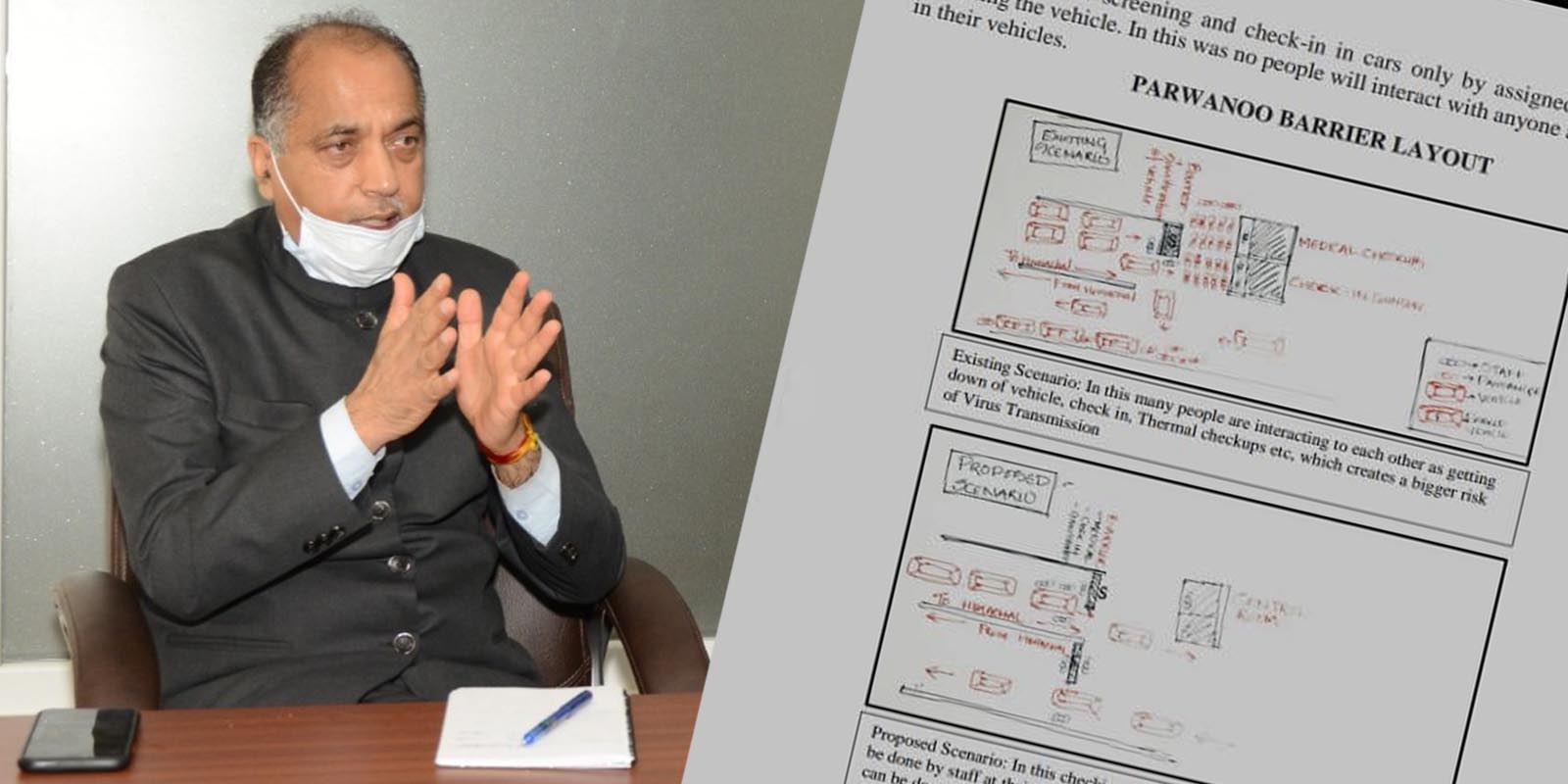 Shimla-A sudden surge in COVID-19 cases in Himachal Pradesh during the last six days can be attributed to the lack of a concrete strategy and haphazard manner in which people stranded in other States were being allowed to enter the State. Himachal Watcher had reported this mismanagement at the Mehatpur-Una border two weeks ago with a warning that the lockdown of 40 days could go in vain if the mass entry of people continued to be allowed without proper management and planning.

After A Strict Curfew/Lokcdown of Over A Month, This Shouldn't be Happening

It would be frustrating for the people of #Himachal and Punjab to face a curfew and lockdown for over a month for nothing. To get a more clear picture of what we are talking about, watch this video showing the scene at the Mehatpur-Una boarder and listen to what people standing in crowded queues said. #HimachalPradesh #COVID19Himachal #HPGovt #Una #Punjab CMO Himachal

Now, a citizen of the State has also reported similar mismanagement at the barriers/checkpoints on boarders and wrote a letter to the Chief Minister with hand-drawn illustration.

A few days ago, along with thousands of others stranded in other States returning to Himachal Pradesh, With her brother, Ojasvi Jagitha had also lined up at the Parwanoo and Shoghi barriers/checkposts. Both of them were stranded in Panchkula for 45 days and followed the lockdown strictly by remaining at home.  They were confident that none of them had any chance of getting infected while they were inside their house. But, while going through the process of registering details and screening at barriers, Ojasvi noticed a loophole in the arrangement made which could be avoided easily. Now, after coming in contact with other people at the barrier, both are more scared of getting infected and feeling less safer than it did when locked up inside the house in Panchkula.

Currently, Ojasvi and her brother are under home-quarantine with their family in Shimla as per the guidelines for the people returning from outside the State.

However, Ojasvi wrote a letter to Chief Minister Jairam Thakur to highlight this loophole, which could increase the risk of COVID-19 spread at such barriers on the State borders as well those within the boundary of the State.

She expressed her gratitude towards the State Government for allowing the stranded people to return to their homes. But she also expressed her concern.

“Yesterday, when I came back, I felt really threatened because of the process one has to go through while coming back. Of course, the process of check-in and medical check-up is very necessary for people returning. But there is something wrong with this process which can lead to a horrible situation,”

Ojasvi wrote in the letter.

She pointed out that although all persons returning have furnished all information while applying for E-Pass, the people had to manually register data at barriers again. There is no separation of people coming from red, orange or green zones. Social distancing is hardly being followed.

“While going through the whole procedure of checking, I feel scared. I am scared for myself and my family and my locality as I might have contracted the infection as I came in contact with hundreds of other people who had arrived from different zones at the barrier,”

In her letter, with the help of hand-drawn illustration of Parwanoo and Shoghi barriers, she gave some suggestions to fix this loophole. 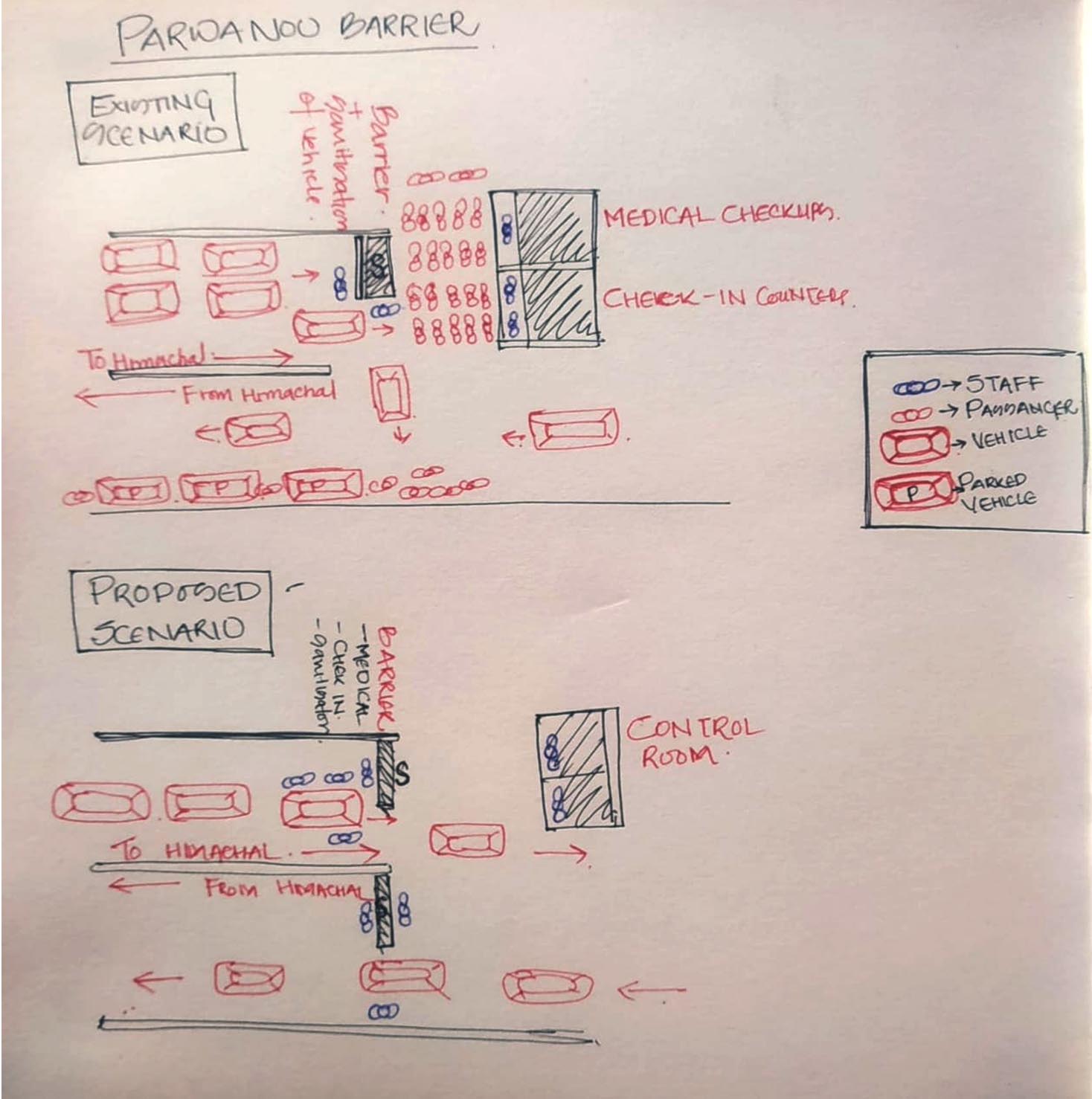 First, the people should be shortlisted for medical examination based on the zones they are coming from as this information is already taken while applying for the pass. This way, a person coming from a green and orange zone would not get mixed with those coming from red zones.

The process of clearance at the barriers could be made safer if the manual procedure of writing down details at these barriers again after filling the same details while applying for the pass can be avoided. Through a centralized system, the details of people having passes can be verified digitally. It will not only lessen the risk of contracting infection but also save a lot of time at barriers.

Then, there are the queues for thermal scanning where people come in contact with each other. One infected person could trigger a chain reaction due to these queues. She suggested conducting thermal screening and checking in vehicles so that long queues could be avoided. 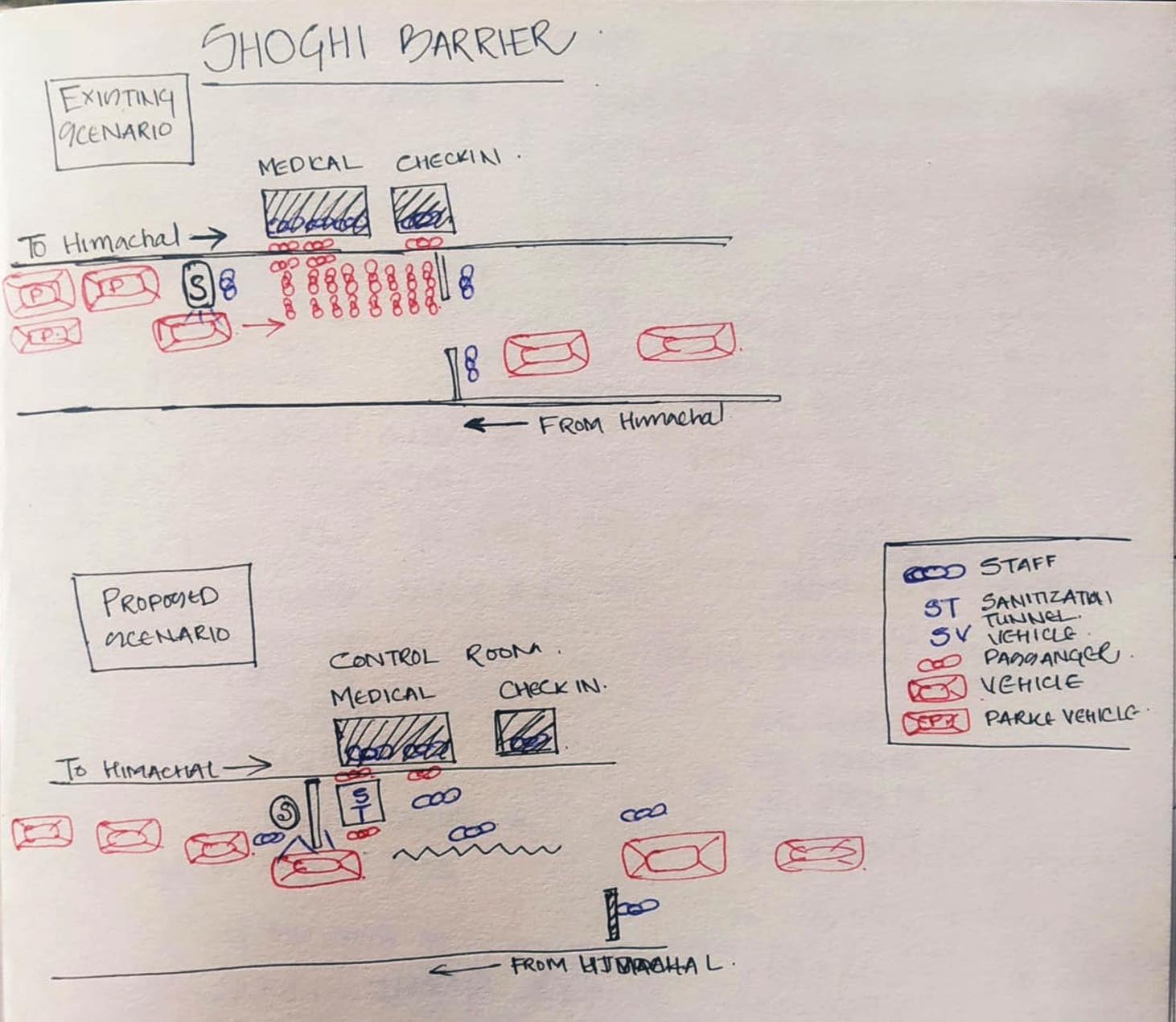 While sanitization of vehicles, sanitization tunnels can be installed for the persons going for the medical check-up. She also suggested increasing the number of people being tested, especially those returning from the red zones.

She also pointed out that police personal and healthcare workers didn’t have PPEs, which makes them highly vulnerable to COVID-19 infection.

The Government appeared to have listened to one of this suggestion – testing all persons coming from red zones. Ojasvi hopes that the Chief Minister would also take note of other suggestions she gave in the letter.