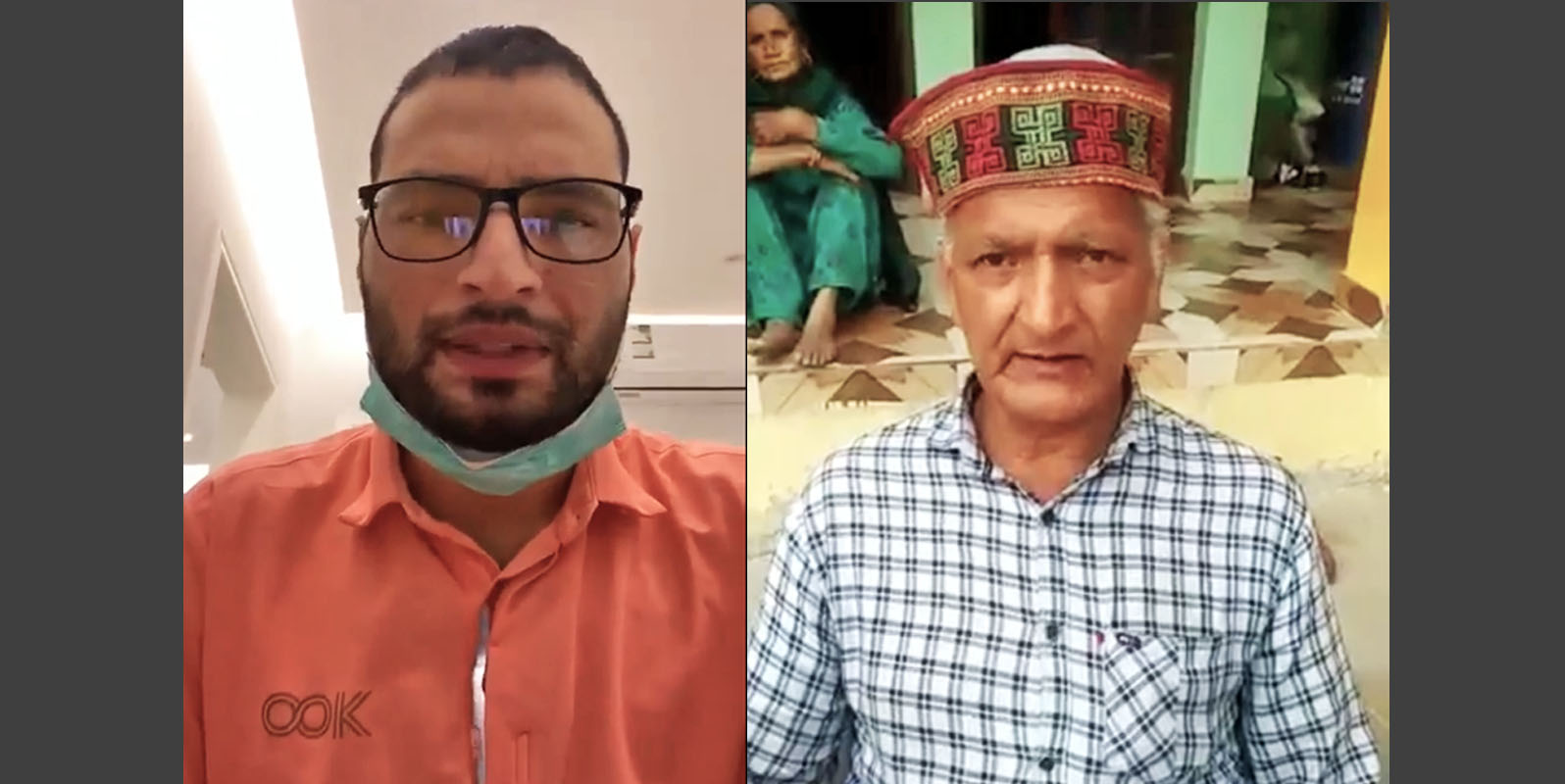 Mandi-Manoj Kumar of village Tour Jajar, Tehsil Dharampur of Mandi district, was working in Riyadh of Saudi Arabia and was tested positive for COVID-19.  After test and initial treatment, he was discharged from Local Hospital. But the private hotel where he was employed abandoned him.

Now, he is stranded in a foreign country with no job, thus, no income source. He tried to reach the Indian embassy but did not get any response.

In a video he recorded and posted on social media, Manoj almost broke down while describing his condition. He said the company has refused to take his responsibility. He is not able to procure enough food and is surviving with the assistance his friends are extending to him. In the video, he is requesting for rescue.

A video of Manoj’s father also appeared on social media, in which he requested the Chief Minister to help his son to get sufficient food and medical care. The father requested that if possible then return of his son to home should be facilitated.

After the videos appeared on social media and came to the attention of the State Government of Himachal Pradesh, the Chief Minister urged the Union Minister for External Affairs, Dr Subrahmanyam Jaishankar, to take up the matter with the Embassy Officers at Riyadh in Saudi Arabia to provide all required assistance to Manoj Kumar.

Chief Minister said that the boy was in distress as he was not being provided food, medication etc. required for such patients. The Chief Minister said he has also written a letter in this regard to the Union Minister for External Affairs.

Earlier, Chief Minister talked to Manoj through a video call and assured that all possible help would be extended to him as he has taken up this matter with the Union Government.