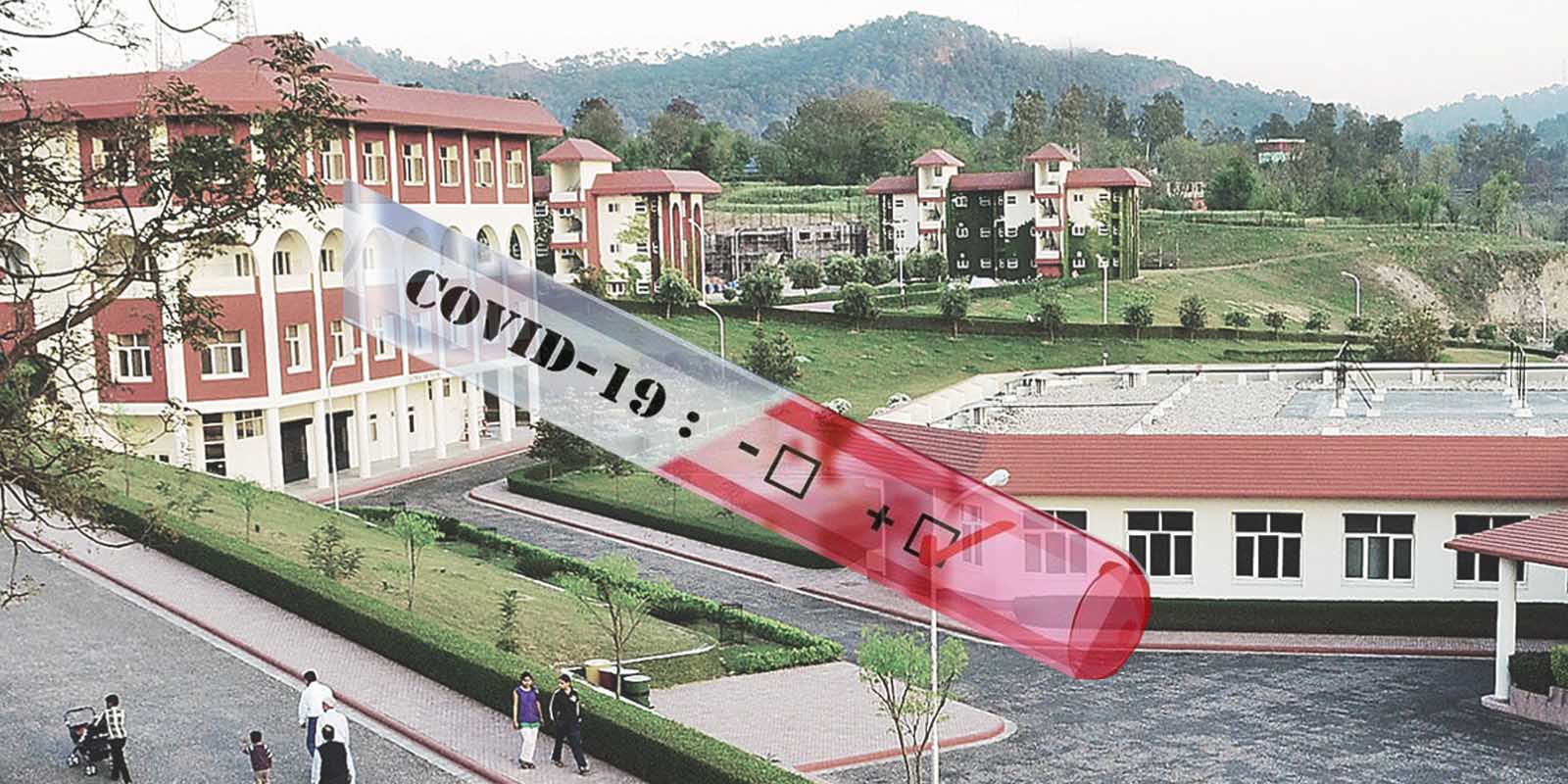 Shimla-Spurt in COVID-19 positive cases in Himachal Pradesh continues as the State reported 10 new cases on May 18, 2020 – highest in a single day. Out of these, five persons tested positive in Hamirpur district, three in Bilaspur, and one each in Kangra and Chamba districts.

These new cases have taken the COVID-19 positive tally to 90. Out of this total, 50 cases including two deaths have been reported during the last 15 days, which is alarming. The majority of these are returnees, who were stranded in other States and have recently returned to the state, or their contacts. While 42 persons have recovered, 41 cases are still active in the State with three reported deaths so far. 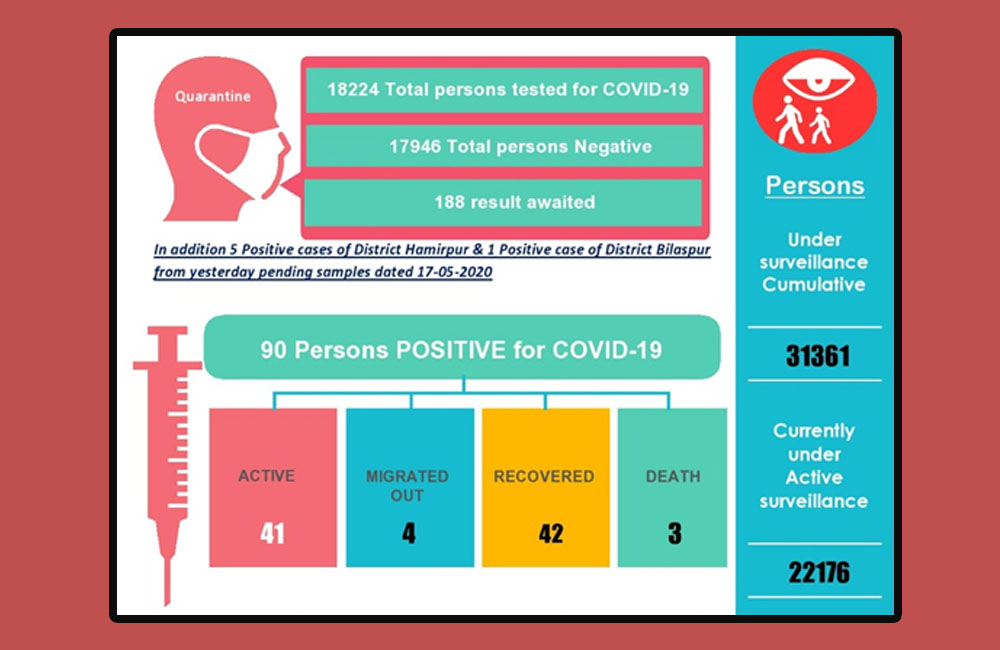 In the second case, a 47-year-old resident of Khungaal in Galor area of the district tested positive. He had returned from Mumbai on May 13 and was under institutional quarantine at a senior secondary school.

The third case was reported from Tauni Devi where a 54-year-old man who had also returned from Mumbai on May 10 and was under institutional quarantine tested positive.

The fourth person to have tested positive in Hamirpur also hails from Tauni Devi area. This is a 50-year-old woman, who had returned from Mumbai on May 14.

One of the five cases was reported from Padhar. In this case, a 19-year-old,  a relative of the above-mentioned woman who was also under institutional quarantine, tested positive.

The Deputy Commissioner, Hamirpur, Harikesh Meena, confirmed the reports and informed that all patients have been shifted to COVID care centres.

In Bilaspur, three persons, who were under institutional quarantine in Swarghat tested positive. They are said have returned from Gujrat recently.

In Chamba, the mother of a 2-year-old who had got infected by her father also tested positive. She was with her daughter at the COVID care centre to look after her. Her father had returned from Baddi recently and was tested positive. 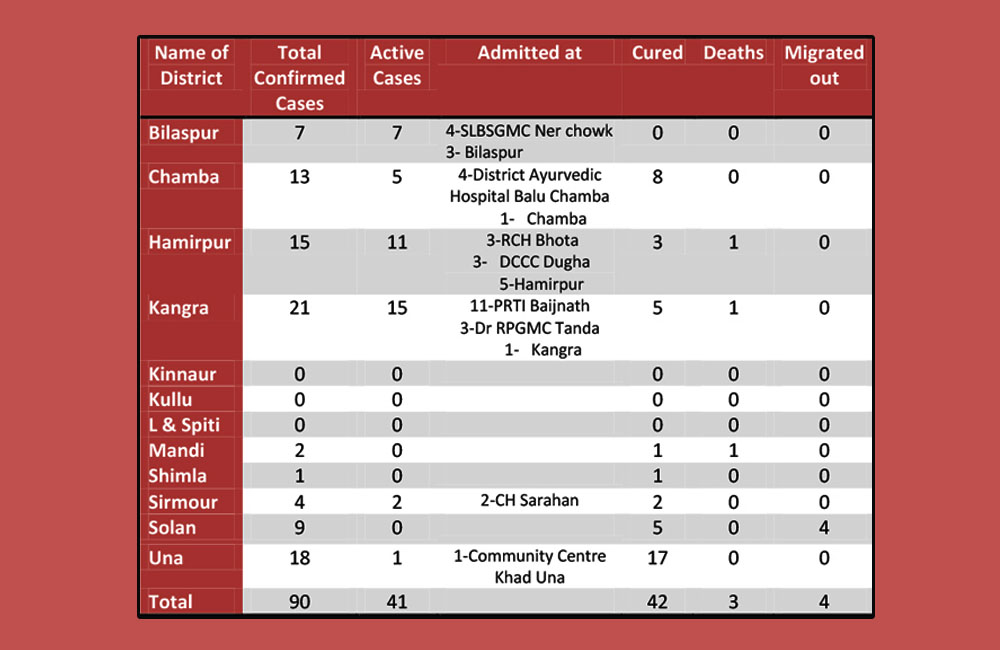 Related Topics:BilaspurchambaCOVID-19featuredHamirpurkangraRCH Bhota
Up Next

Expecting More Cases With Movement of Returnees, Curfew to Continue Till May 31: HP Govt