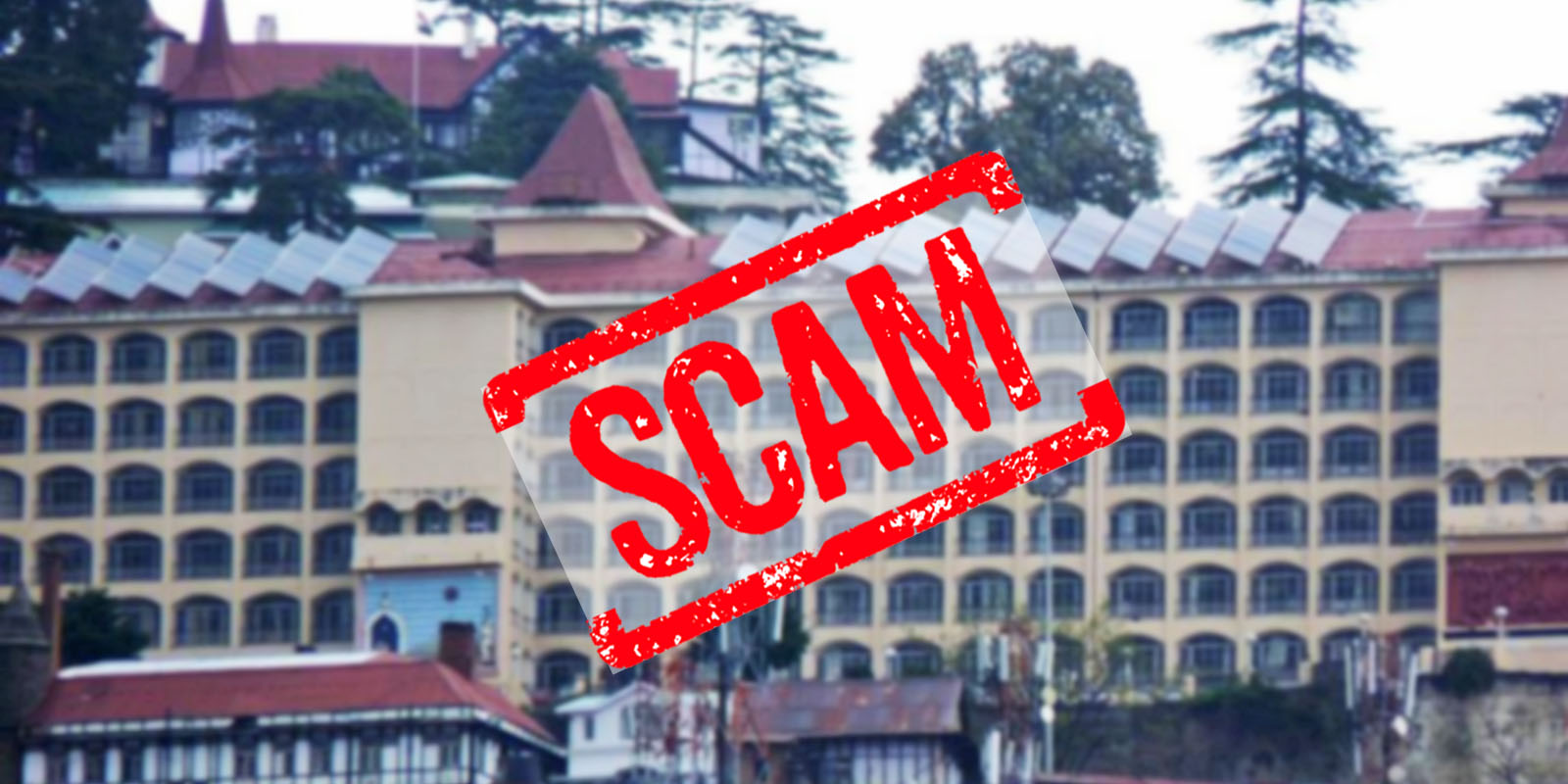 Shimla– In the scam related to purchase of sanitizers, an official posted at the State Secretariat was suspended after a departmental inquiry. The official has been identified as Rajiv Sharma, Superintendent of R&I branch. He is alleged of procuring sanitizers worth lakhs for a price much higher than the original price. According to the allegations, a Rs. 30 sanitizer unit was procured at a rate of about Rs 130-150.

The alleged scam had surfaced around May 12, following which the Vigilance and Anti-Corruption Bureau was handed over the case for investigation. So far, the Bureau has not taken any action, but a departmental inquiry has found the said official guilty.

Sources said that the official made the contractor put a stamp of Rs 130-150 on each unit (bottle) and tempered with the original price. Further, in a CCTV footage of Secretariat, the accused official and supplier were reportedly seen arriving in the same vehicle and coming out together.

It has also come to light that the said official pressurized his sub-ordinate officials to open the packaging of sanitizer units and put a stamp of a higher price on them. However, the officials reportedly declined to do so. Thereafter, the accused official along with the supplier did it himself.

Reportedly, these sub-ordinate officials have also registered their statements. The supplier was also booked by the Vigilance for fraud.

Besides, another scam that has triggered a political upheaval in the State relates to bribery in the procurement of PPE kits and other equipment. The Director, Health Service, AK Gupta, was arrested after an audio clip relating to the conversation between Gupta and an employee of Derabassi-based firm came to light.

The entire scam was linked to an influential Bharatiya Janata Party leader, who has not been named either by the Vigilance or oppositions. However, a sudden resignation of BJP State President Dr Rajiv Bindal and its immediate acceptance by National BJP chief JP Nadda has brought BJP Government in question. Besides, Chief Minister Jairam Thakur was himself heading the Health Ministry, therefore, a investigation conducted by the State Government can’t be trusted. Therefore, the demands for a fair probe by a sitting judge of the State High Court or the CBI are being raised.

There is a stir in the political sphere and common public is also perplexed over the insensitivity of politicians and bureaucrats in a time when pandemic is wreaking havoc across the world.

Oppositions, as well as, veteran BJP leaders like Shanta Kumar has also condemned this corruption prevailing in the Health Department and termed it a sin.

Moreover, this corruption has been termed as a big anti-national act in a time of a emergency which requires strengthening of health infrastructure.