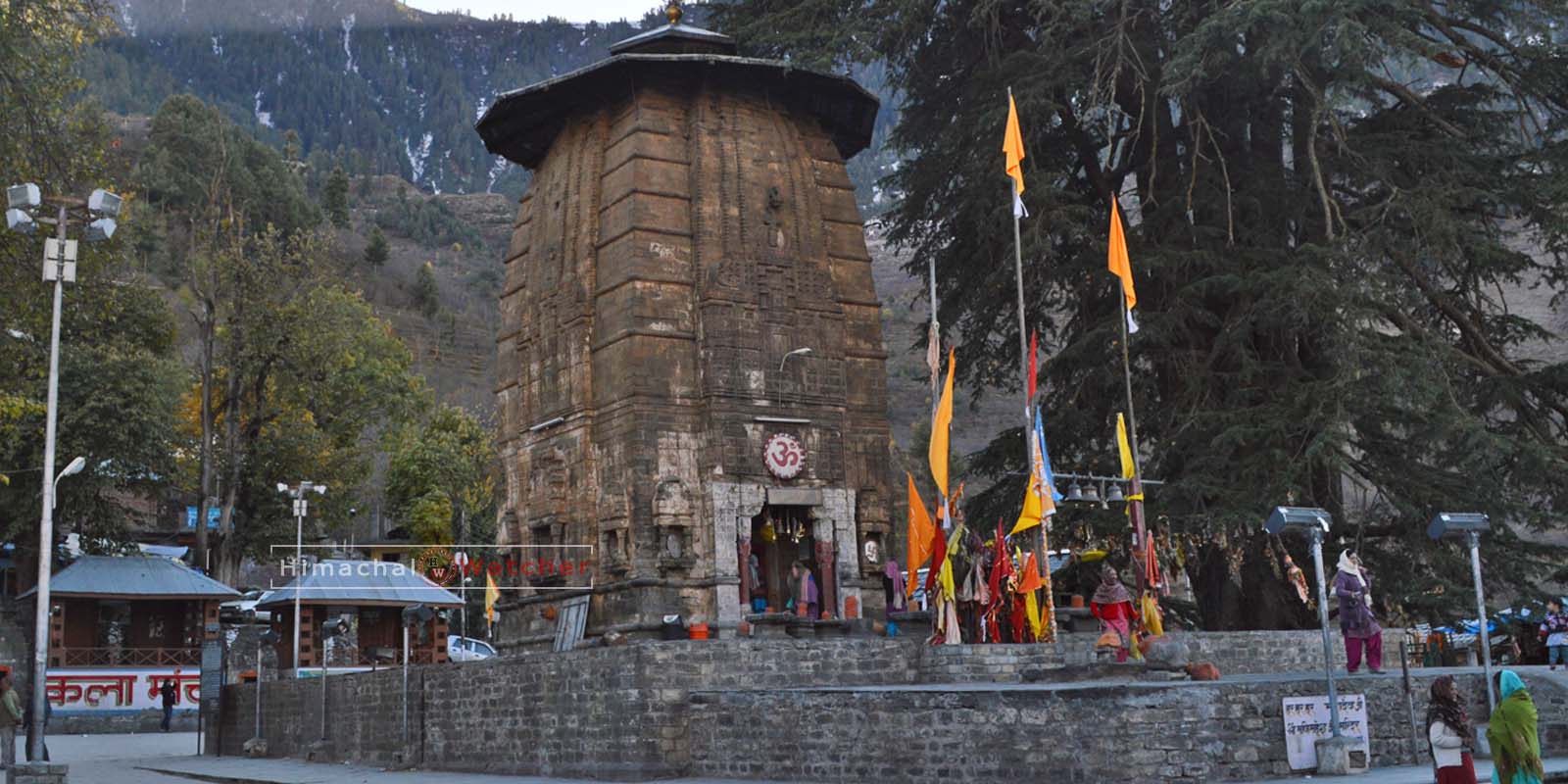 Shimla-Temples and religious places in Himachal Pradesh will remain closed for now as the State Government and the District Administrations are yet to issue any Standard Operating Procedures (SOPs). Though the centre has issued SOPs, Himachal has entrusted Deputy Commissioners to take a decision regarding re-opening of temples. Most of the temples in the State are under the Deputy Commissioners of the districts.

Himachal Pradesh – “Devbhoomi”- has a plethora of temples and places of religious importance like Tibetan Monastery and the abode of Tibetian spiritual leader Dalai Lama. The income of these temples plays a considerable role in the economy of the State. There are towns and regions which financially depend on visitors/pilgrims. A large number of visitors from outside the State, especially from Haryana, Chandigarh, Punjab and Delhi, West Bengal visit these temples or arrive for pilgrimage.

But from March 17 – the day temples were shut down and tourists were prohibited to enter the State-there is no income. Salaries of priests and others employed at these temples are paid from their income.

Also, the Language, Art and Culture Department of Himachal Pradesh Government is supposed to issue guidelines in this regard.

So far, DCs have not issued any notification in this regard and are of the view that the staff at temples, shopkeepers around these temples and other traders need to be trained and sensitized to ensure safety.

Though the State had announced re-opening temples and hotels and restaurants from June 8 for only residents of Himachal Pradesh, it would require a great amount of effort from the district administration to filter visitors and ensuring that no person from outside the State is lining up at temples. The State borders are open for movement of traffic and a large number of people have already returned and would continue to return to their native places in the State for a while.

With the return of these people, the State has witnessed a big spike in the number of COVID-19 cases. The state has reported over 410 cases so far. Of this total, over 350 cases have been reported May 3, 2020, onwards – the day boarders of the State were opened for returnees. The cases continue to rise with several cases being reported every day.

Therefore, the State Government need to be very careful while opening temples. Lack of social distancing, screening, sanitizations of temples, proper preventive measures to save temple staff and shopkeepers could turn temples into hotspots of COVID-19 spread within no time.

“We are in no hurry to open the temples to the public. We will take a call at an appropriate time once all precautions are put in place and staff at the temples are fully trained for implementation of the guidelines,”

Kangra, Una, Hamirpur and Bilaspur districts have famous temples and shrines which the pilgrims from all over the country especially Haryana, Punjab and UP visit every year.

Kangra district alone receives lakhs of pilgrims and visitors every year as it houses famous temples like Jawalamukhi, Chamunda Devi, Bagalamukhi, Brijeshwari etc. Dharamshala is famous for its Monastery and because of the residence of Tibetan spiritual leader Dalai Lama.

“Once we open the access of the public to the temples, it will be difficult to differentiate between the locals and those reaching the temples from outside as a lot of people have already come to their homes from outside during the lockdown,”

To implement SOPs, the District Administrations in these districts are likely to conduct training of staff, priests, guards and shopkeepers around the temples during the current week. There is a possibility that some of the temples would be opened for the people of the State for paying obeisance.

However, religious gathering and events would remain prohibited.

The hospitality industry, which is worst hit due to the lockdown in wake of the corona pandemic, is also reluctant in opening hotels and restaurants. Hoteliers were asked to re-open from June 8, but they declined to do so. Various associations of hoteliers from various districts had held a video conference with the State Government last week.

They had told the Government that before the hotels could be opened, the staff would need to be trained properly, which would take time. Also, as the entry of tourists is still prohibited, the hoteliers are preferring to remain closed.

Private Operators Remain off the Roads

The State Government had decided to re-open public transport after the end of phase three of the lockdown, and the HRTC had resumed the services on a conditional basis like plying with only 60 per cent of seat capacity, regular sanitization before and after every tour, ensuring social distancing etc. However, private operators have declined to run buses and demanded a hike in fares in order to start operating at 60 percent passenger capacity.